Romania and the alliance with Poland 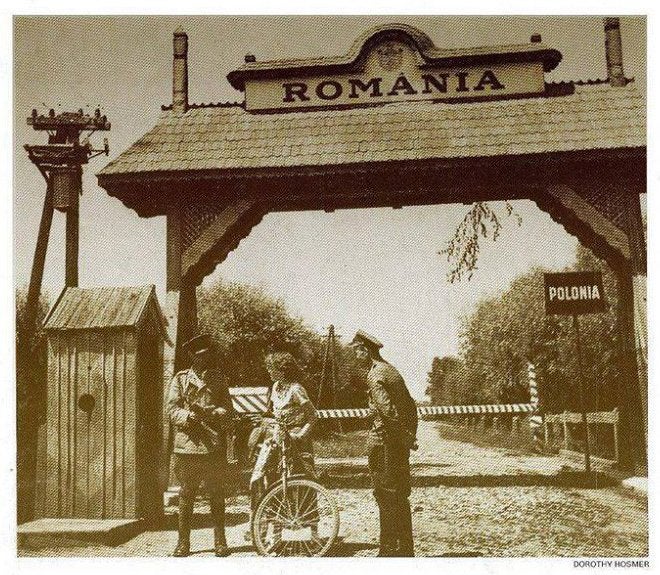 The main objective of Romania’s foreign policy in the interwar period was to defend the borders established at the Paris Peace Conference.

To ensure the security of Romania, the politicians in Bucharest sought to build a whole system of regional alliances, but France and, to a lesser extent the United Kingdom, were regarded as the main guarantors of the Versailles system. In the interwar period, Romanian governments, in succession, advocated for a collective security policy and supported the efforts of the League of Nations in maintaining the peace. Regional alliances, such as the Little Entente, the Balkan Pact and the alliance with Poland, were concluded to discourage revisionism in Eastern Europe, promoted by Hungary, Bulgaria and the USSR, which were expressing their desire to undermine the borders established in Paris.

The reappearance of Poland on the map of Europe after the First World War and the common border with Romania brought Bucharest at Warsaw together. Romania officially recognized the independence of Poland on January 17, 1919, and Romanian soldiers participated in the liberation of Pocuția, claimed by Ukrainians and Poles alike. The Romanian-Polish military cooperation was followed by a diplomatic one, supporting each other during the Paris Peace Conference (1919-1920). The lack of territorial disagreements between the two countries beneficially influenced bilateral relations. In addition, Romanian public opinion had sympathy for the only minority whose representative had approved of the union of Bessarabia with Romania, in March 1918. Although Poland’s entry into any alliance with Czechoslovakia was excluded, due to the territorial dispute between the two countries, the leaders in Warsaw expressed their interest in an alliance with Romania to counter any threat from the Soviet Union.

In January 1921 a Polish military commission headed by General Stanislav Haller arrived in Bucharest, in order to establish the details of a military collaboration. The directives elaborated by the Romanian government on this occasion are noted by the defensive character, taking into account only unprovoked aggression.

On March 3, 1921 “the Convention of defensive alliance between the Republic of Poland and the Kingdom of Romania”, was signed in Bucharest, as well as the “Military convention”. The defensive essence of the alliance was defined in article 1: “Poland and Romania undertake to help each other in case one of them would be attacked, without provocation on their part, at their present eastern borders”. An integral part of the “Political Convention”, the “Military convention”, signed by the generals Constantin Christescu and Tadeusz Rozwadowski, the two Chiefs of Staff, specified the set of measures that would be initiated if the territories of the two states, separately or concurrently, were attacked. Regarding the exercise of command, the point of view of the Romanian side prevailed: each army acted under its own command, and if the strategic situation required that units of one army operate in the area of ​​the other, they were placed under the orders of the latter’s command. The alliance with Poland represented for Romania an essential element in its system of alliances meant to guarantee the territorial integrity of the country; consequently, the prolongation of the political-military alliance in a way that would permanently provide solutions in case of possible Soviet aggression was a necessity.

On the occasion of a visit to Romania, in Sinaia, in September 1922, Marshal Jozef Pilsudski, asked about how the alliance with Romania is seen in Warsaw, declared that “this alliance of hearts is represented, from the Baltic Sea to the Black Sea, by a single people with two flags”.