Romania and the regional alliances after the First World War 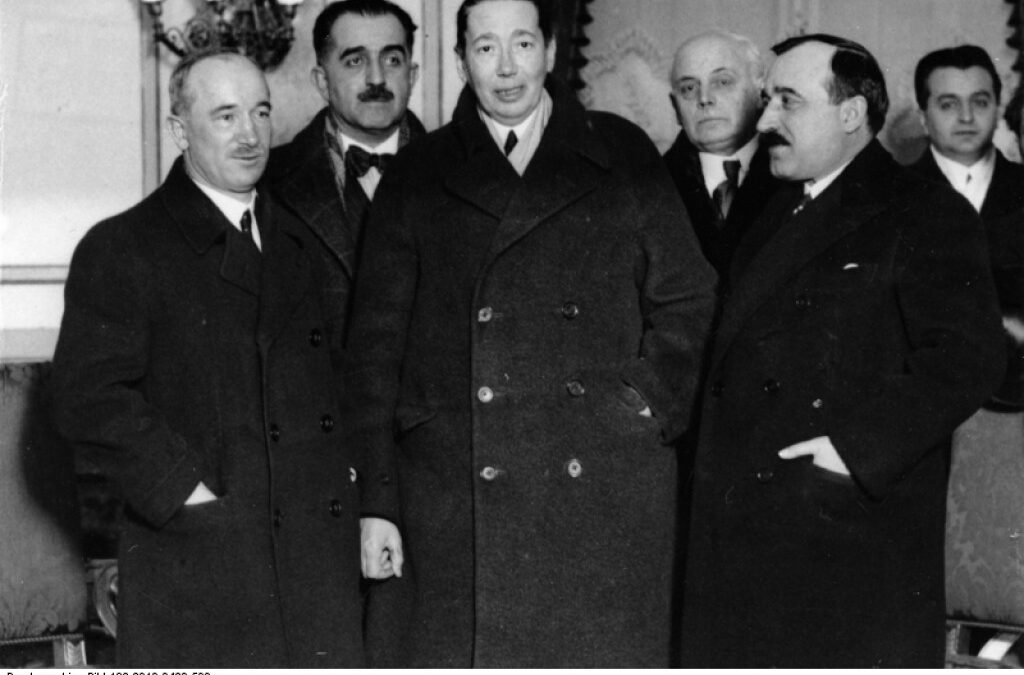 To ensure its security, Romania sought immediately after the end of the First World War to conclude a series of regional alliances. The Little Entente and the alliance with Poland were subsumed to this objective.

The First World War did not end for Romania in November 1918. In 1919, the installation of a Bolshevik regime in Hungary (March 1919), endangered Romania’s security. The campaign of the Romanian army in the summer of 1919, which resulted in the occupation of Budapest, abolished the Bolshevik regime led by Bela Kun. “The occupation of Budapest was not an act of revenge, political personalities like Al. Vaida-Voevod desiring normal or even friendly bilateral relations: «Hungarians – said the Transylvanian leader- were yesterday our enemies, today they are the ones vanquished and we want them tomorrow to be our friends».

Such intentions would prove unattainable. After four months, when the Romanian army withdrew from Hungary, the conservative forces, freed from the fear of communism, resumed the traditional hostile policy towards Romania. In October 1919, Admiral Miklós Horthy, the future regent of Hungary, stated that: “Hungary’s number one enemy is Romania, because the highest territorial claims are against it and because it is the strongest of the neighbouring states.

Therefore, the main goal of our foreign policy is to solve the problems with Romania by resorting to weapons” (Florin Constantiniu). The fall of Béla Kun’s regime meant only the diminution, not the disappearance of the danger from the western border. To ensure its security, Romania built a system of alliances.

In early 1918, amidst the danger posed by revanchist states, the Romanian politician Take Ionescu envisioned a project to build a barrier to German expansionism from the Baltic Sea to the Aegean. His project was presented in September 1920, with the purpose of obtaining support from the Western states: “For a general alliance we must be five, together with Poland. An alliance of five would, in the true meaning of the word, be a great European alliance. Under the aegis of France and England, it would constitute a cross-border barrier in Europe that would protect order inside and prevent attacks from the outside”. Thus, the system of alliances in Eastern Europe would be faithful to the new political realities imposed by the Paris treaties. These alliances were also opposed to the revisionist tendencies of the emerging totalitarian powers and would receive the support of western democracies, their main guarantor being France.

Take Ionescu, along with Czechoslovak leader Edvard Beneš and Serbian Prime Minister Milenko Vesnić were the craftsmen of a program that pursued these goals through an alliance of five (an alliance which reached out to Greece and Poland to join), known as the Little Entente. Initially, in 1920, the bilateral defensive treaty was signed between Czechoslovakia, on the one hand, and the Kingdom of the Serbs of Croats and Slovenes (the future Yugoslavia), on the other. In 1921, a convention of defensive alliance between Romania and the Czechoslovak Republic was signed in Bucharest, and on June 7, in Belgrade, Romania signed an alliance with Yugoslavia. At the same time, Eastern European states were under the protection of France, signing a series of treaties with them.

However, their interests within this system of alliances were often divergent, this being one of the factors that led to the failure of the collective security policy. From the very beginning it was intended to attract Poland to the Little Entente, however this endeavour was not successful. Poland already signed a treaty with Czechoslovakia, although there were numerous disputes over the Teschen region.

The alliance with Poland

The re-emergence of Poland on the map of Europe after the First World War and the common border established at that time led to a close relationship between Bucharest and Warsaw. Romania officially recognized the independence of Poland on January 17, 1919, and Romanian soldiers participated in the liberation of Pokuttya, claimed by Ukrainians and Poles alike. The Romanian-Polish military collaboration was followed by a diplomatic one, the Polish and Romanian delegations supporting each other during the Paris Peace Conference (1919-1920). The lack of territorial disagreements between the two countries was beneficial to bilateral relations; in addition, there was a lot of sympathy from the Romanian public opinion for the only minority whose representative had voted for the union of Bessarabia with Romania, in March 1918. Although the entry of Poland into any alliance with Czechoslovakia was excluded, due to the territorial dispute between the two countries, the leaders in Warsaw expressed interest in an alliance with Romania to keep the Soviet Union at bay.

In January 1921 a Polish military commission headed by General Stanislav Haller arrived in Bucharest, in order to establish the details of a military collaboration. The directives elaborated by the Romanian government on this occasion had a pronounced defensive character, taking into account only unprovoked aggression.

Thus, “The Convention on defensive alliance between the Republic of Poland and the Kingdom of Romania”, on March 3, 1921 was signed in Bucharest as well as the “Military Convention”. The defensive essence of the alliance was defined in article 1: “Poland and Romania undertake to help each other in case one of them would be attacked, without provocation from its part, at their present eastern borders”. An integral part of the “Political Convention”, the “Military Convention”, signed by generals Constantin Christescu and Tadeusz Rozwadowski, the Chiefs of Staff of their respective countries, specified the set of measures that were to be initiated in case the two states, separately or concurrently, were to be attacked on their eastern frontier. Regarding the exercise of the command, the point of view of the Romanian side prevailed: each army acted under its own command, and if the strategic situation required that units of one army operate in the area of ​​the other, they were placed under the orders of the latter command. The alliance with Poland represented for Romania an essential element in the system of alliances meant to guarantee the territorial integrity of the country.