Romania and the start of the Paris Peace Conference 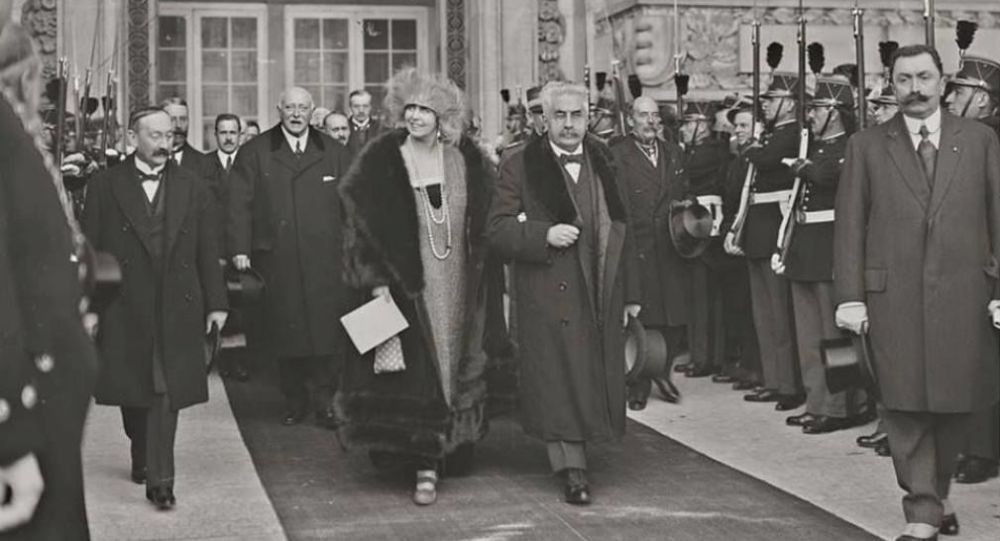 In the search for international recognition of its union with Bessarabia, Bukovina, Banat and Transylvania, Romania found itself threatened by the new political current sweeping in from the east. The installation of bolshevism in Hungary in the spring of 1919 was a warning sign for both Romania and the Great Powers, who were scared of the possible spread of the Soviet virus to Western Europe.

Shortly before the Paris Peace Conference began, it was rumoured in Romania that, of the smaller states, only Serbia and Belgium would be invited to Paris. Romanian Prime Minister Ion I.C. Brătianu summoned the Allied ambassadors in Bucharest and asked them to convey to their governments that Romania was a loyal ally who has a “right to justice”, and that the country was in an important region for them.

Finally, it turned out that everything was grounded on baseless information, for the Great Powers had no intention of excluding Romania from the conference, a rumor that Brătianu nonetheless used to prepare his entrance into the “diplomatic arena” of Paris, but to also remind the Allies of their promises.

The treaty of alliance between Romania and the Entente, signed on August 4/17, 1916, stipulated “the recognition by the Entente of Romania’s rights to the territories inhabited by Romanians in Transylvania, Crişana, Maramureş, Bukovina and Banat, and to be treated similarly with other allies at the peace conferences”. To the above, Romania added the request for its union of Bessarabia to be recognized internationally.

The intransigence with which Brătianu pursued these goals would soon bring him into conflict with the representatives of the Great Powers and, in particular, with Clemenceau. The first hurdle was Banat. On January 31, 1919, Brătianu explained in Paris, in front of the representatives of the Great Powers, why Romania was entitled to the entirety of Banat. Brătianu invoked various arguments, from legal ones- Banat was promised to Romania by the alliance treaty of 1916, which was the basis for Romania’s entry into the war- to the wilsonian one, according to which all Romanians must live united within one nation.

“Romania needs the moral support of its allies”

During his speech he appealed to ethnology, history, geography and invoked the sacrifices made by Romania during the war. At that time, the Allies agreed with Romania’s claims on Bessarabia and Bukovina. However, as far as Banat was concerned, the western part of the region (a third) was given to Serbia, and in regards to Transylvania, the views were divided. Brătianu warned the Great Powers to deal quickly with Romania’s claims before things get out of control and “serious developments” take place. Brătianu said that: “Romania needs the moral support of the Allies in order to remain what it has been until then- a rallying point for Europe against Bolshevism”.

Even if the danger of Bolshevism was often invoked in Paris, in the case of Romania this was a real one: Romania was between Bolshevik Russia and revolutionary Hungary.

Beyond the tumultuous relationship between Clemenceau and Brătianu, France supported the consolidation of a strong Romania. The interest of France in the area was dictated by two priorities. First, it was the creation of a “sanitary cordon” against Russian Bolshevism. The second was the creation of an anti-German eastern flank made up of countries allied with France namely Poland, Czechoslovakia, Romania and Yugoslavia.

In March, the Romanian delegation in Paris received reinforcements. Queen Marie, accompanied by her three beautiful daughters, arrived in Paris with the royal train. Here is how the French daily “Le Matin” described their arrival: “The morning was gloomy, but Queen Marie was like a ray of light. The gloss of her golden hair, the brightness of her white-pinkish skin, the glow in her commanding but gentle eyes- such an appearance leaves you speechless”. The Queen charmed the Parisian public opinion not only with her desire to help her country, both during the war, but also afterwards. “I went wherever I was needed and I was needed everywhere, … it was like a banner hoisted in the name of my country”, she would later recount.

Queen Marie met in Paris with the most powerful political and military men of the moment. She asked Marshal Ferdinand Foch to send arms to Romania to fight against Bolshevism. British Prime Minister Lloyd George considered her a “very intelligent” woman. Clemenceau also appreciated her, but told her that he was displeased that Romania concluded a separate peace and confessed his distaste of Brătianu. The moment when he accused Romania of having been like a lion who wanted to take the bigger part of Banat, Queen Marie replied: “That is why I came to see his first cousin, the Tiger”. Instead, her great failure was the meeting with US President Woodrow Wilson. He was shocked by the attitude of Queen Marie. “With every passing minute, by the way the president clenched his jaw, I knew that Romania had lost yet another piece of territory”, a close friend of the US president observed.

On March 18, the Commission for Romania divided the Banat, offering the western third to Yugoslavia, and most of the province to Romania. Despite the fierce protests of Romania, on June 21, the Supreme Council accepted the proposals of this commission.