Romania during the German occupation: the Marghiloman Government and the Peace Treaty with the Central Powers 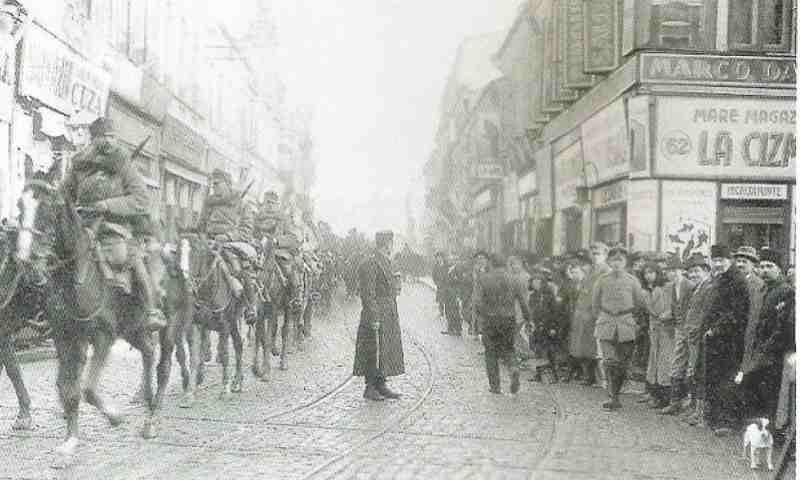 Romanian society in the first half of the twentieth century was undergoing powerful changes generated by new scientific discoveries and it did not seem willing or prepared to become involved in a world war. Romania had made great steps towards modernization in the nineteenth century and maintained its neutrality until 1916.

On March 5, 1918, Marghiloman formed a new government. At that time Soviet Russia was already out of the war by signing the Treaty of Brest-Litovsk on February 18 / March 3, 1918. As early as December 6, 1916, much of the Romanian territory was occupied, including the capital, while the authorities and the army withdrew to Moldavia.

The Averescu government began peace talks before the Marghiloman government came to power. Germany and Austria-Hungary imposed humiliating conditions on Romania, by demanding that the whole territory of Dobrogea be ceded, very broad border corrections in favor of Austria-Hungary, the Iron Gates, the Jiu Valley and between Vatra Dornei and Campulung Moldovan. They also imposed extremely difficult economic conditions, and Romanian cereal and oil were to be exported by the occupants. In February, King Ferdinand and Count Czernin met at Rădăciuni. Here the king was forced to surrender Dobrogea, the Danube was to be considered a German river, it had to yield territories in the Carpathian Mountains, the German troops were allowed to pass through the Romanian territory on their way to Russia, and oil and wheat were seized.

On February 27, King Ferdinand, convened Averescu and Marghiloman in Iasi. The former resigned, and the second was put as the head of the government. Marghiloman was known as a Germanophile and it was hoped that his assignment would inspire confidence to the Central Powers.

The Peace Treaty with the Central Powers

After one and a half months of negotiations, the peace treaty with the Central Powers was signed in Bucharest on April 22 / May 5. Immediately, the king was announced through a coded message. The treaty reestablished normal diplomatic relations with the Central Powers but demanded the demobilization of the Romanian army. Only four army divisions were left untouched and another eight law enforcement divisions.

It also brought: the loss of Dobrogea and of territories across the Carpathians, numbering 131 villages and communes with 724,957 inhabitants in an area of ​​5,600 square kilometers. Germany had a monopoly over the Romanian grain trade, over wood exploitation, over navigation on the Danube, over Romanian shipyards and the most important, the total German monopoly on oil exploitation, for a period of 90 years.

The treaty was signed by Prime Minister Alexandru Marghiloman, Minister of Foreign Affairs, Constantin C. Arion and plenipotentiary ministers Mihail N. Burghele and Ion Papiniu. Together with the treaty, another 23 secondary documents were signed, including a Romanian-German economic treaty and a special oil convention under which the subordination of Romania to the Central Powers was complete.

The conditions established by this treaty were a serious blow to the independence of the  Romanian state, but Marghiloman had no choice but to lead the deliberation of the draft law on the approval of the peace treaty concluded in Bucharest. The Treaty is voted unanimously by the Assembly of Deputies by 135 votes, and in the senate with 86 votes, on June 21st.

The German authorities overstepped the provisions of the treaty, as General M. Ghiţescu says in his report to Foreign Minister Constantin C. Arion. He notifies Arion that in the occupied territory, the Germans have forced the local inahabitants to bear the cost of fuel, hospitals and all institutions dependent on them. These expenses were high, for example Pitesti had to pay almost 30 million lei per month. Ghiţescu had spoken to the Germans about these problems, but they said that there was nothing they could do. Thus, the Romanian general asked Marghiloman and Arion to intervene and talk to German authorities.

In another occasion the Germans also wanted to take the brass off the roof of the Saint Niculae church in Curtea de Arges. The news quickly spread among the Romanians, and the authorities intervened, granting a quantity of about two thousand kilograms of brass to the occupants, thus saving the roof of the church.

The treaty was ratified by the Romanian Parliament, but it was never promulgated by the King of Romania, Ferdinand I. Summer and autumn 1918 will see the Central Powers defeated in battle after battle on the Western Front. One after the other they will begin to capitulate. On September 16/29 in Thessaloniki, Bulgaria surrendered, on October 17/30 in Mudros, Turkey surrendered. On October 21 – November 3, in Padua, Austro-Hungary signed the truce with the Allied Powers. Germany, which had not yet capitulated and forced itself to resist, was on the verge of collapse. Hence, Romania re-entered the war on the Entente side, and the Marghiloman Government withdrew from power on October 23, 1918.