Romania, one year after the war: “We are a ruin” 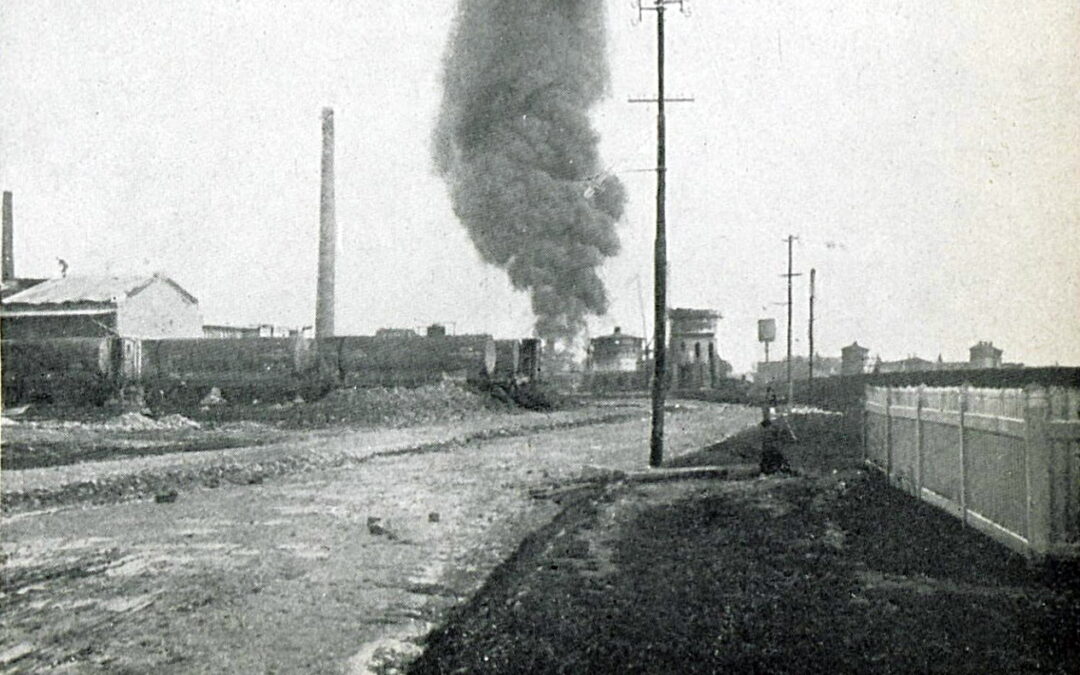 One year after Romania entered the war, Bucharest was under German occupation. Even though the majority of Muntenia’s inhabitants took refuge in Moldavia, especially in Iași, there were many who remained. This was the case of Vasile Th. Cancicov, a writer and politician, who left behind a unique journal from occupied Bucharest. Here’s how the capital was depicted one year into the war:

If one were to celebrate days of great misfortunes, today would be a great holiday in Romania. Today is one year since we entered the war. So much has happened in the past year! No more than a year ago I was in a country with a great- not to mention well deserved- prestige, a country so much richer than it had ever been, the granary of Europe and one of its biggest oil producers; a year ago we had an army of 600.000 people we were proud of, because it had everywhere a reputation of being a heroic army; a year ago it was a free and independent country, and the population enjoyed the widest constitutional freedoms; a year ago the richness of the monetary circulation was immense, the gold flowed into the state treasury, the market was full of buyers and competition. In everyday life, vigour and health shone. That was a year ago. And after a year we are a ruin. Like a wind blowing over a castle made of cards, that’s how the war collapsed Romania; from the free and independent country it once was, three quarters is invaded by the enemies, its will crushed and wealth squeezed dry; and from a free people we became slaves to the Germans, Hungarians and Bulgarians; the rest of a quarter of the country is also slave to the Russians, maddened by anarchy.

Of the 600.000 soldiers half of them perished without heroism, due to the incapacity of our leaders and  infectious diseases. A year ago we had a great ideal which was possible to achieve through victory, encouraged and supported by powerful allies; after a year, we are abandoned and left to our own devices, and no one speaks of our ideal. If, from time to time, the sympathy of an ally is manifested it is to wish us to «recover». Beaten by enemies and abandoned by allies, the ideal of the country has become the hope that we can recover what we were a year ago. Following a year full of defeats and humiliation, God wanted to give us one solace, the glowing old bravery of the Romanian soldier. Some foreign newspapers, which have reached us in secret, bring very encouraging news. The English newspapers write that «the Romanian soldier saved the entire Eastern Front on the Siret». It was widely known that due to Russian anarchy, there is no hope for the Germans to be stopped in their plan, which was to take over Moldavia and Bessarabia, two important centres for grain supply, to occupy Odessa and open up the Danube, which remained impossible as Galaţi remained in the hands of Romanians. The French and English press recognized the danger […] and questioned whether or not this success would annihilate the effect of the maritime blockade.

[…] Hindenburg’s plan, according to the English newspaper, was known in Moldavia. I think it was also known in the occupied area. Those who remained here started working to help the Germans in their plan. It was then when the action of Mr. Carp began for the overthrow of the King, the formation of a government after the conquest of Moldavia, to help the action of the Central Powers and to receive Bessarabia instead of the powers that would have occupied it. In Moldavia, on the contrary, the people confident in the remade army had confidence in its generals and the bravery of the soldier who had to guard the Carpathians and Siret. Betrayed by the Russian army, the Romanian army resisted and faced the formidable attacks of Mackensen and Archduke Joseph. It is said in this friendly newspaper that «Hindenburg’s plans were thwarted by the sacrifice of Romanian soldiers». The failure of action to the south, meant that the one from to north could no longer take place. It’s our only comfort when we end a whole year of misfortunes”.