Romania, the third highest number of casualties in the First World War 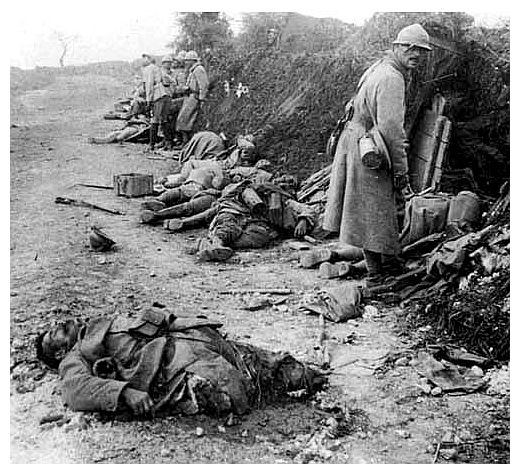 The human losses and destruction caused by the First World War were on an unprecedented scale for Romania. In fact, Romania ranks third in a statistic of human losses in the First War.

Nearly 250.000 soldiers and 430.000 civilians died during the war, with a deficit of over 400.000 new-borns between 1916-1919. This leads to a total deficit of 14% compared to the pre-war population. This deficit is exceeded only by Serbia (and Montenegro) with 31.3% and by Russia with 18.5% (the number of casualties Russia sustained in the First World War cannot be distinguished from those of the civil war).

For the Romanian territories reunified with Romania after the First World War estimates are approximate, because the statistics include these territories either in Austria-Hungary or in Russia. However, even in these cases, human losses were very high, of 18.5% in the case of Russia and 9.5% in the case of Austria-Hungary, compared to a European average (excluding Russia) of 7%. Moreover, a large number of people were left disabled or suffered from long lasting psychological traumas as a consequence of the war.

The material destruction was also on an unprecedented scale for Romania and was valued to be around the sum of 31 billion in gold lei. The destruction was caused directly by the fighting and indirectly through the effects of the occupation by the Central Powers of about two thirds of Romanian territory, between 1916-1918. The Romanian historians have insisted in particular on the economic predations practiced by the occupation authorities: 1.4 million tons in oil products, 2.6 million tons of cereal products, 1.4 million cattle, 6.4 million sheep, over 1 million tons of pork, other food stuffs, timber, salt, coal, tobacco, fodder, and a large number of industrial machines.

The Russian Bolsheviks put their hand on the Romanian Treasure

Another huge loss for Romania from an economic point of view was the seizure by the Russian Bolsheviks of the Treasure of the National Bank of Romania, which was in Moscow for safe keeping.

The end of 1916 was the most dramatic period in Romanian history. The catastrophic defeats suffered by the Romanian army at the hands of the Central Powers forced the government in Bucharest to take the painful decision to abandon more than half of its national territory, including the capital, and withdraw to Moldavia. In those moments, the survival of the Romanian state was at stake. With an uncertain Russian ally who belatedly intervened in order to help the beleaguered Romanian army, the future seemed bleak for the Romanian people. Nonetheless, all that could be saved had to be saved, and the Treasure of the National Bank of Romania was a priority in this regard not only because of its value but also because the state’s monetary issue was guaranteed by this metal stock. Russia guaranteed not only its safe keeping, but also its full restitution.

Under the same security guarantees, a second transport to Moscow followed in the summer of 1917. On the eve of the confrontations on the Moldavian front, the information received by the Romanian authorities about the offensive prepared by the Central Powers determined the Romanian Government to take new measures to protect the national wealth. A new train was loaded. Of the 24 wagons, three belonged to the National Bank of Romania and contained 574.523,57 in gold lei, the institution’s archive, as well as government securities, deposits and other valuables. The rest of the wagons contained parts of the state archives, archives of other public and private institutions, art pieces from museums and private collections, valuables from monasteries, as well as rare books, manuscripts and documents of the Romanian Academy, etc.

“All these valuables, of whatever kind […], are under the Russian Government’s guarantee of safe transport, safe storage and return to Romania, since the day they were entrusted to the Russian Government and loaded into wagons.” This phrase is part of the protocol concluded in Iași on August 9, 1917, on the occasion of the second transport, a protocol which was never respected by subsequent Russian governments.

The Bolshevik Government of Petrograd reacted vehemently at the time to the arrival of the Romanian troops in Bessarabia, considering it to be an aggression against Russia, and decided to break diplomatic ties with Romania and seize the Romanian Treasure (16/26 January 1918). According to the decision of the Bolshevik authorities: “All diplomatic relations with Romania are hereby severed. The Romanian Legation and, in general, all representatives of the Romanian authorities are to be expelled on the shortest way beyond the border. The Romanian Treasure, kept in Moscow, is to be intangible to the Romanian oligarchy. Soviet power assumes responsibility for the keeping of this treasure which it will hand it over only to the Romanian people”. The Treasure never came back to Romania.