Romanian Refugees and the Russian army 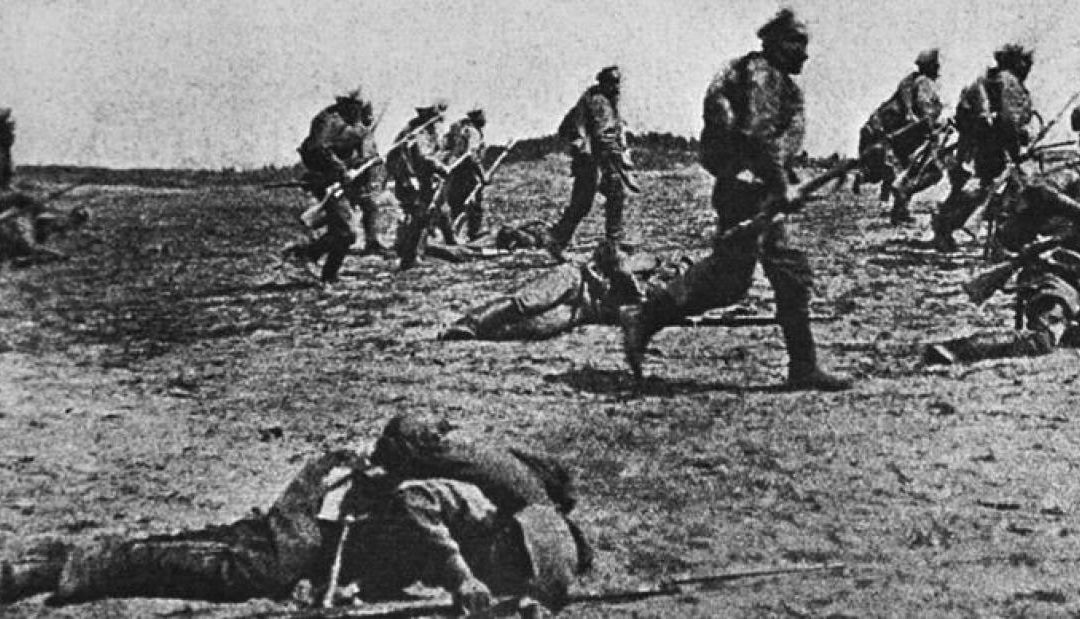 Minister of Religious Affairs and Public Instruction in the Romanian government during the First World War, Ion Gheorghe Duca was a close associate of Prime Minister Ion I. C. Brătianu. As a member of the Brătianu government which withdrew to Iaşi at the end of 1916, Duca appreciates in his memoirs the efforts made by local authorities, especially the mayor Gheorghe Mârzescu, to solve the difficulties faced by the refugees arriving in the capital of Moldavia. A special note in this account is the “outrageous” contrast between the Russians living in Iaşi and the Romanian refugees.

“On the other hand, Iași’s physiognomy was impressive. There was an invasion of refugees, which together with the authorities, sought shelter and food. Mârzescu, in his capacity as mayor, had made three weeks of superhuman efforts to find the appropriate accommodations for all; what he accomplished to do in those days was truly a miracle, but his great merit would not be that he resolved the innumerable difficulties that stood before him, but the manner by which he managed to do it and pleasing everyone. Indeed, he knew how to sooth suffering, to dispel discouragement, to be patient and parental, all with a friendly word or a joke. It was everything but easy, it was a real circus from dusk till dawn, some were asking for a room, others said they did not find the host to their liking, they left, they came, they cried, they begged, they were also rude, some said that they were staying in the streets with their wives and children, until the town hall would take care of them. With an unusual skill, Mârzescu dealt with these difficulties, and his opponents as well as his friends were unanimous in praising him. He was undoubtedly the only popular personage of those times.

«A great agora of decadence»

In reality, Mârzescu’s merit was even greater than it appeared at that moment. Indeed, we thought that the people of lași, moved by our suffering, were receiving us as brothers, with open arms. It was no such thing, the brave people of lași were very bothered that we came to disturb the peace of their tranquil city. They had in their souls an old hatred for the people of Muntenia, for the benefit of which the union was made in 1859, and especially for the inhabitants of Bucharest, whose capital had robbed lași of its former splendour. It was a strange phenomenon that these hatreds, which I confess that in my naivete I thought of them forgotten, had found in our common misfortune the opportunity to manifest themselves. I admit that the people of lași knew how to keep up appearances anyway, their resentment and displeasure did not manifest actively, they only expressed themselves through unvoiced hostility, a characteristic coldness, a sort of offensive systematic temperance, and for us, poor refugees, it was profoundly painful and profoundly regrettable.

Only later, after months of cohabitation and common sufferings, relations became more intimate, closer to what should have been from the beginning. […] But I am afraid to say that the people of lași never truly had the fraternal cordiality that they should have had between the sons of the same country and in moments of such terrible suffering and exalting hopes.

For now, Mârzescu’s chief worry was the supply of the city, more than the accommodation of the refugees. Iaşi was not organized to meet the needs of a population three times its size, and which, in addition, grew day by day and hour to hour. On the other hand, the means of transport were almost non-existent, the needs of the army absorbed everything, the small warehouses in the city were quickly emptied, the market was empty, in the restaurants the people were queuing and after a few days a bean dish was all that anyone could obtain. Winter was at the gate, the usual household supplies in Iași were already over. The people, furious, demanded that trees be cut down from Copou and throughout the public gardens. All these refugees, having no occupation, were wandering all day on the street, clamouring, wailing, waiting for the latest news, commenting on them, distorting them. They had transformed Iași into a great agora of decadence; along with this Romanian Iaşi, there was also in those days a second Iaşi, the Russian one.

From dawn until dusk, Russian troops were marching through the streets, heading for the front. The Russians, who at first refused us a few regiments in Dobrogea, who then bartered for weeks on end for a single division, now that our disaster was fulfilled, sent us hundreds and hundreds of thousands of people, because they had no other choice. These troops, splendidly equipped, followed by horse-drawn carriages of rare beauty, flowed uninterruptedly, at a slow pace and rhythm. The soldiers were advancing swinging their arms, the weapons and the knapsack were deposited in carts, at their head an officer singing or whistling a few notes, which they then all intoned in an imposing choir. The songs were a strange blend of melancholic accents and wild shouts, an impressive evocation of the steppe with its infinite and sinister grandeur. […]

Row by row they were parading with an imposing monotony, and the sounds of the songs that we did not understand were gradually lost in the distance. At the Iași railway station, at Socola train station, a tremendous movement and clutter, the trains followed each other, some disembarked, others embarked. Impressive sanitary trains, though their luxury, highlighted the misery of our refuge. In an imperial train the Duke of Oldenburg stood between two rich meals; between many champagne cups he gave orders on behalf of the Russian Empire’s Red Cross to an army of physicians and stylish charity sisters who had occupied the best places in Iaşi and installed there with all the comforts of the sumptuous hospitals that remained almost empty. During this time, however, our hospitals were evacuated from the occupied territory and clustered as they could, and lacking supplies, had the thousands of wounded men sitting on top of each other in an indescribable misery.

The contrast was revolting, and for months there had not been a superior officer, a Russian physician, a merciful charity sister, a humanitarian soul who, in the face of so many miserable sufferings, crossed the street to give a helping hand, to offer a part of their surplus, of their abundance. Doctors wandered around arm in arm with joyful charity sisters, spending their days singing on the harmonica, laughing and partying, believing they had satisfied all the rules of military and professional confraternity, as well as all the requirements of humanity when they accidentally invited a Romanian doctor to a luncheon, that began with caviar and ended with exotic fruits and various alcohols.

Like the parallel lines that can be extended indefinitely without ever meeting, so these two lives, the Romanian and the Russian ones, continued their own life in Iași, without any contact, without any interference. One with splendour, another with rags, one with satisfaction, the other with its tragic misery. Two foreigners, not two allies in one and the same tribulation, in one and the same city. […] Through no will of our own we were all reduced to fasting. Simionescu and Radu Vasiliu, who had their homes in Iași, sometimes invited me to lunch, a chicken, a turkey and a cake seemed to me like a sardanapalian feast, not even mentioning a piece of white bread, it was like a dream of other times.

The problem of wood was also deplorable, the cold was constant and the wood was all but gone. With the train you could not bring anymore, the carts were all requisitioned by the army. There were no close forests and the needs of the population demanded for the trees to be cut from the public gardens and streets. We took measures with the army to supply the town from the forests of the king at Peoni, we even managed to get some wagons that the new mayor Tomida personally took care of to bring them from the Podul Ilioaiei, and so the crisis was partly alleviated. However, two beauties of Iaşi were sacrificed on the altar of the people, the Copou forest and the Rivalet Park. Secular trees were felled in those days under the ruthless axe of a city that indeed besides the misery of evacuation, sickness and hunger, had to face a tormenting cold. Generally, the appearance of Iaşi was more and more dismal, the snow had not yet fallen, but the weather was dark and the frost harsh. On the streets the refugees wandered like sad shadows, the hotels, the private houses were full, whole families lived in a few dirty and dirty rooms. Messes were organized, but there was only black bread and beans. Rich people, owners of thousands of hectares, did not have a thousand lei, and ran to the banks to get credit, every day friends came to me to help them obtain funds.”