Romania’s objectives at the Paris Peace Conference of 1919 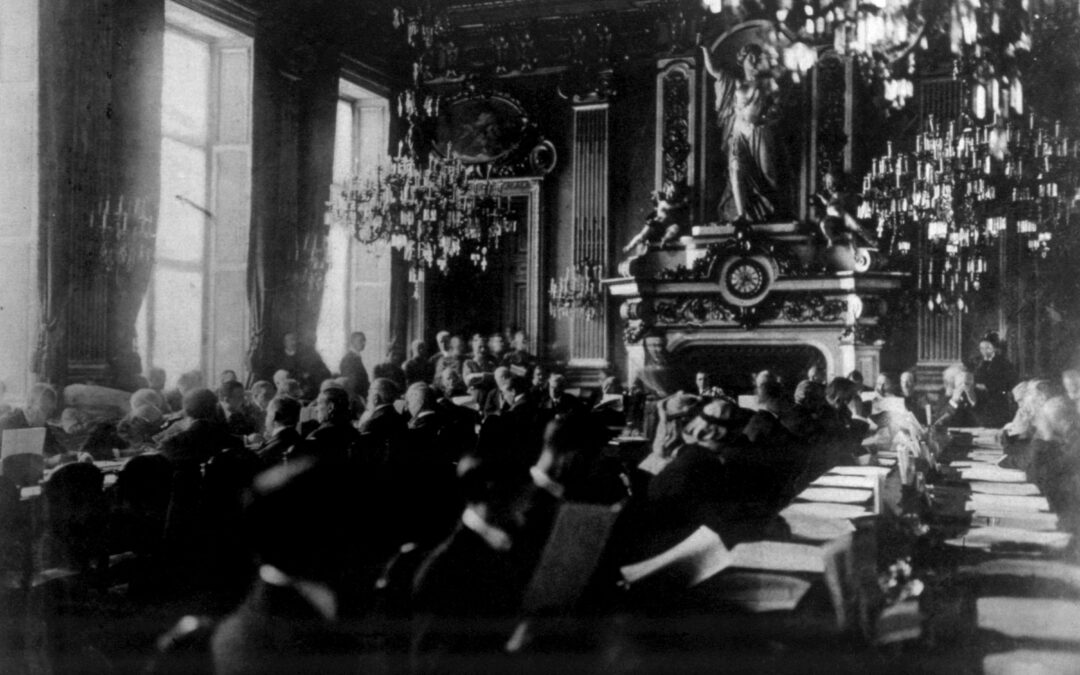 Romanian Prime Minister Ionel Brătianu presented himself at the Peace Conference with an extremely well-established and precise plan.

On December 14th, 1918, King Ferdinand appointed Ionel Brătianu to head the government. The news was not well received by the Allies, as they would have preferred Take Ionescu at the Peace Conference as a negotiating partner.

The Romanian delegation for the Paris Peace Conference was composed of politicians, diplomats and experts in the legal field, such as Eftimie Antonescu, Constantin Antoniade, and Mircea Djuvara, economic and financial experts, such as G. Caracostea, Dr. Creangă, C. Crişan, N. Flondor, and Eugen Neculce and experts in geology, geography and ethnography, such as Ludovic Mrazec, Caius Brediceanu, and Alexandru Lapedatu etc.

Brătianu’s close collaborators were General Coandă, Constantin Diamandy, Victor Antonescu and Nicolae Mișu. Take Ionescu, who had very good diplomatic relations in both Paris and London, was not included in the official delegation. The differences in the approach of the negotiations at the Peace Conference were irreconcilable between Brătianu and Ionescu, to the disappointment of many important diplomats of the Entente.

The Romanian delegation left for Paris on January 11th, but stopped in Belgrade for a short meeting with Prince Regent Alexander. Here, Brătianu tried to convince him that Romania’s desire to incorporate the entire Banat “does not constitute an unfriendly act” towards the future Kingdom of Serbs, Croats and Slovenes, but is only meant to provide Romania with a defensible border along the Danube. Brătianu discreetly suggested the Romanian side’s willingness to reach an agreement if the Serbs agreed to reach a compromise. Prince Regent Alexander insisted on one main issue: “Belgrade cannot remain unprotected” along the Serbian-Romanian border and called for a bridgehead across the Danube in Banat. The meeting ended without reaching an understanding. Two days later, the Romanian delegation arrived in Paris, establishing its headquarters at the Romanian Legation on the Boulevard Champs-Élysées, no. 77.

Romania’s objectives at the Peace Conference can be summarized in four main points:

1. Realization of the territorial promises that the Entente made through the Treaty signed with Romania in 1916, but also the recognition by the Allies of the Union of Bessarabia with Romania;

2. Establishing the new borders of Romania in order to ensure its economic and strategic advantages;

3. Recognition of Romania as an equal country, entitled to act to protect its own interests;

4. Supporting Romania by the Allies to block the advance of Bolshevism in Europe.

The intransigence with which the Romanian Prime Minister Ionel Brătianu pursued these objectives would soon bring him into conflict with the representatives of the Great Powers. Being informed in advance of the Allied decision not to recognize the 1916 Treaty, Brătianu joined those who resorted to Wilsonian idealism to ensure that the borders drawn to Romania would include the territories promised by the Entente in 1916.