Romania’s strategy after the defeat at Tutrakan 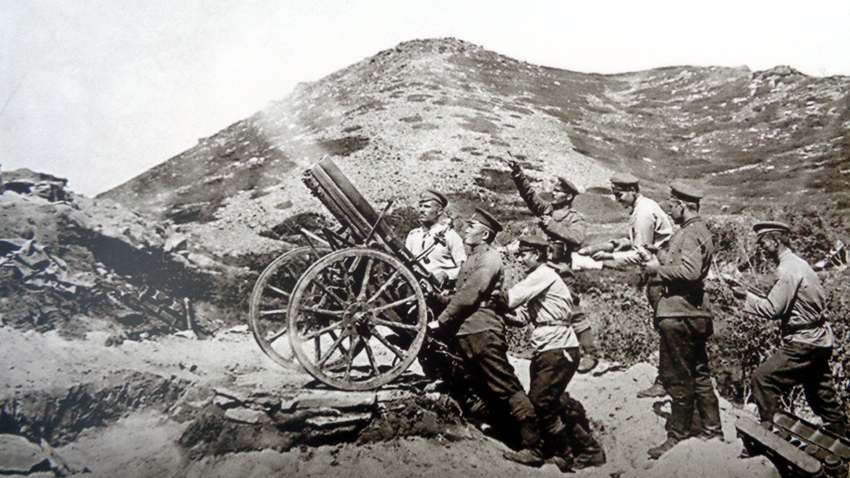 If the Central Powers sighed in relief after the Tutrakan victory, the same cannot be said about Romania. The news of the fall of Tutrakan came as a shock for the Romanian public opinion, who until then cheered on the army in its advance in Transylvania. Everyone in Bucharest was now worried about the possibility that Bulgarian troops would cross the Danube. While the defeat at Tutrakan was painful in tactical terms, it was of no particular strategic importance, but the political and military factors in Bucharest would lose their composure because of it.

The impact on public opinion was very high. The morale of the population and the army diminished so drastically that a major crisis occurred at the level of the army’s superior headquarters, with more tragic consequences than the defeat itself. At the proposal of Prime Minister Ion I.C. Brătianu, King Ferdinand convened in Periş on September 15 a war council attended by the commanders of the army and General Dumitru Iliescu, head of the General Headquarters. With the exception of General Prezan who pronounced himself for the continuation of the offensive in Transylvania, the majority decided to stop offensive actions in the north and to organize a major action south of the Danube to defeat the Bulgarian-German troops in Dobruja, a mission entrusted to General Averescu, who replaced General Aslan at the command of the Third Army. This manoeuvre, claimed Averescu, would bring a victory that would restore the morale of the army and would reassure those in Bucharest. This decision would prove disastrous for Romania.

“Changing the horses in the middle of the river”

Prezan’s solution, to reach the Mureş line, which would have greatly shortened the front and provided the conditions for an effective defence, was the sensible one from a strategic point of view and remained faithful to the initial operation plan, Hypothesis Z. Instead, what Averescu proposed was such a radical change in the operational plan at that time, that “changing the horses in the middle of the river” proved to be fateful. The town of Tutrakan was important only because of its tactical position; even if the Central Powers troops were 60 km from Bucharest, the capital of Romania was not in danger, since the Danube was a strategic barrier. However, panic and the inability to manage the disaster, along with divergent views and animosities among senior military leaders, had turned Tutrakan into the “starting point for defeat”.

The causes of Romania’s defeat at Tutrakan are related to the training of the troops, to the strategic conception and to the organization and coordination of the Romanian command there. Some of the unit and subunit commanders proved to be poorly trained and there were problems in the transmission of orders to subordinates. The use of reserves also proved to be a real disaster, being introduced into battle successively and without any coherent plan. The Great Romanian General Headquarters called for resistance to the last man, with no plans to withdraw the troops from the bridgehead. The Romanian troops in the area were far from homogeneous, among them were battalions of poorly trained and poorly equipped militia, which normally should not be have been used in combat actions. To all these problems the lack of reaction of the Russian ally can be added, who ignored all the requests made by the Romanian command.

The day after the defeat at Tutrakan, the General Headquarters began to limit the advance of troops in Transylvania and later the offensive would be stopped altogether. Some of the Romanian troops there were relocated to the south, in an attempt to regain the initiative on the Danube. The transfer of Romanian forces between the two fronts will end with an unsuccessful attempt by the Romanian army to cross the Danube, but would open the way for a German counter-offensive in Transylvania.