Romania’s strategy in the Focșani negotiations 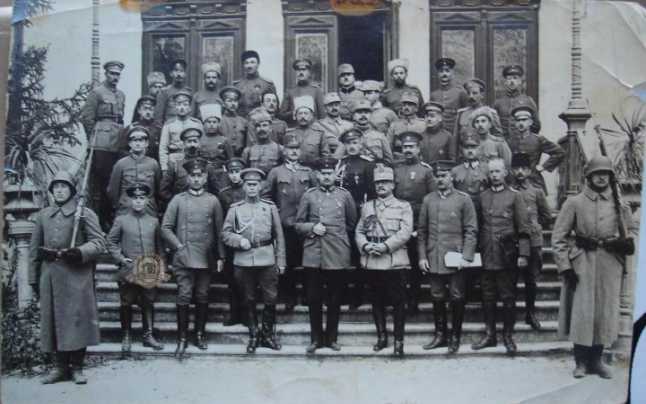 The autumn of 1917 on the Romanian Front did not announce major changes. Following the battles of Mărăști, Mărășești and Oituz, the front line stabilized. While the Central Powers no longer had enough troops to force a new offensive, the Romanian soldiers had high morale, which was only dampened by the Bolshevik virus was rapidly and steadily contaminating Russian troops stationed on the Romanian Front. The Russian 6th Army had to be replaced by Romanian units, as more and more Russian soldiers left their positions. But the real blow came from Lenin on November 21, 1917, when he ordered the Russian armies to stand down and to conclude an armistice with the Central Powers.

In order to maintain control over the Russian soldiers, General Shcherbachev, the leader of the Russian troops on the Romanian Front, requested a meeting with German General Mackensen to discuss an armistice. Shcherbachev’s decision put Romania in an extremely complicated situation. Either it continued to fight alone- something that could have dramatic consequences for the Romanian state, or it would sit at the armistice table, and sign a separate peace that would jeopardize the objectives of Romania promised by the Entente in 1916. The Romanian leaders chose the second option. However, in order to emphasize the strict military nature of the negotiations and not to involve King Ferdinand, the supreme command of the Romanian army was transferred to General Constantin Prezan.

Negotiations between the Central Powers and the Russians and Romanians began in Focșani on December 7, 1917. The German delegation was led by General Curt von Morgen while the Austro-Hungarian delegation was led by General Oskar Hranilovic. Turkish and Bulgarian delegates were also present. The main objective of the Germans was to ensure a large transfer of troops to the west to participate in Ludendorff’s the Spring Offensive, however the Austrians were concerned about opening up the traffic on the Danube to import food from southern Russia. On the other side, the Russian delegation was led by the commander of the 9th Army, General Anatoli Kelcevski, the Romanian one, by the deputy chief of staff, General Alexandru Lupescu.

The Russian-Romanian delegations decided to act by consensus. The fierce negotiations focused on three issues: the freedom to transfer troops on other fronts, the freedom of movement on the Danube and the Black Sea and the freedom of movement in the neutral zone. The Romanian representative in the negotiations had instead a clear mandate: to prohibit the transfer of troops to other fronts in order to protect Romania’s allies in western Europe. Romania’s uncompromising position led to the suspension of the talks. The Austro-Hungarian delegate Hranilovic reported that “the Romanians opposed such firmness that it had to be changed to our detriment”.

However, on December 9, a compromise was reached: only troops already under transit orders could leave the front until December 5. For the question of opening up the Danube, it was decided that this issue would be better solved by a special commission that was to meet in Brăila. There was a demarcation line between the opposing naval forces, but the freedom of navigation on the Danube was still restricted. Regarding the last disputed point, that of the freedom of movement in the neutral zone on the front, the Romanian side won the case, through the establishment of a neutral zone in which the entry was prohibited by both parties. The conclusion of the armistice on December 9 exacerbated both sides’ desire for peace and had unintended effects on the Russian army in Moldavia, which left the front in less than a month.