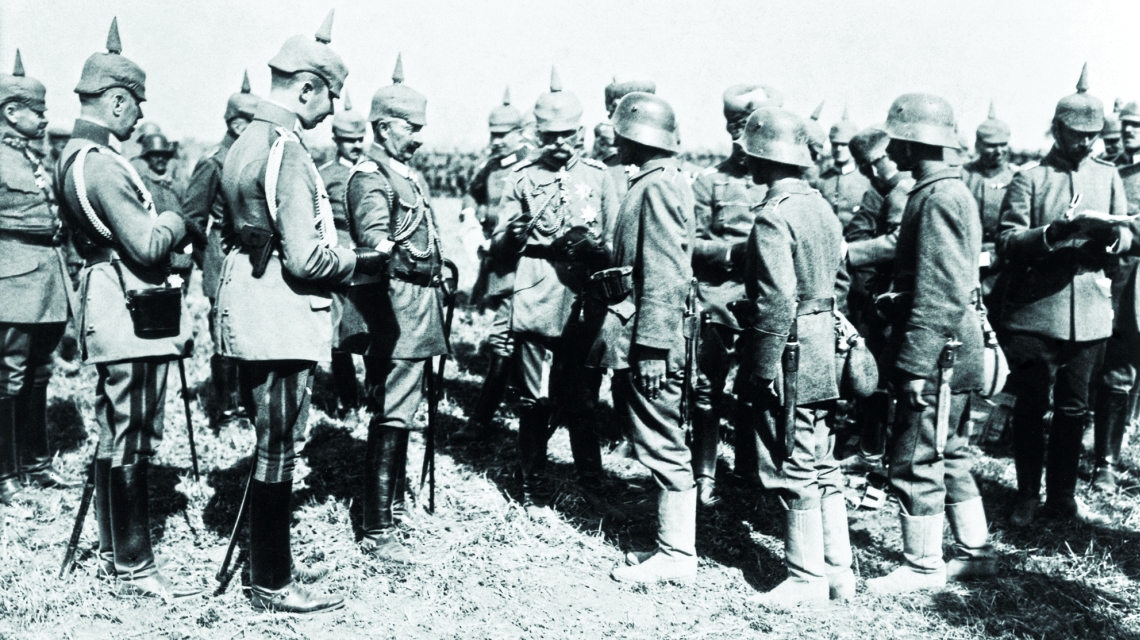 In the autumn of 1917, the Emperor of Germany visited occupied Romania. Wilhelm II took advantage of Germany’s successes on the Western Front, in Flanders, to visit the Eastern Front, that was stabilized in the summer of the same year in the aftermath of the Romanian-Russian victories. Between September 20 and September 24, Wilhelm II visited Curtea de Argeș, where his cousin, King Carol I of Romania, died in October 1914, as well as the most important military and economic objectives in the occupied area. The Kaiser avoided visiting Bucharest and had no meetings with any of the Romanian political leaders left in the German-occupied capital, with the notable exception of Alexandru Tzigara-Samurcaş.

We can find information about the visit of Wilhelm II in Romania from the pro-German press in Bucharest, from a propaganda movie made by Germans, as well as from the memoirs of Alexandru Tzigara-Samurcaș, prefect of the capital’s police and representative of the Royal House in occupied Romania. 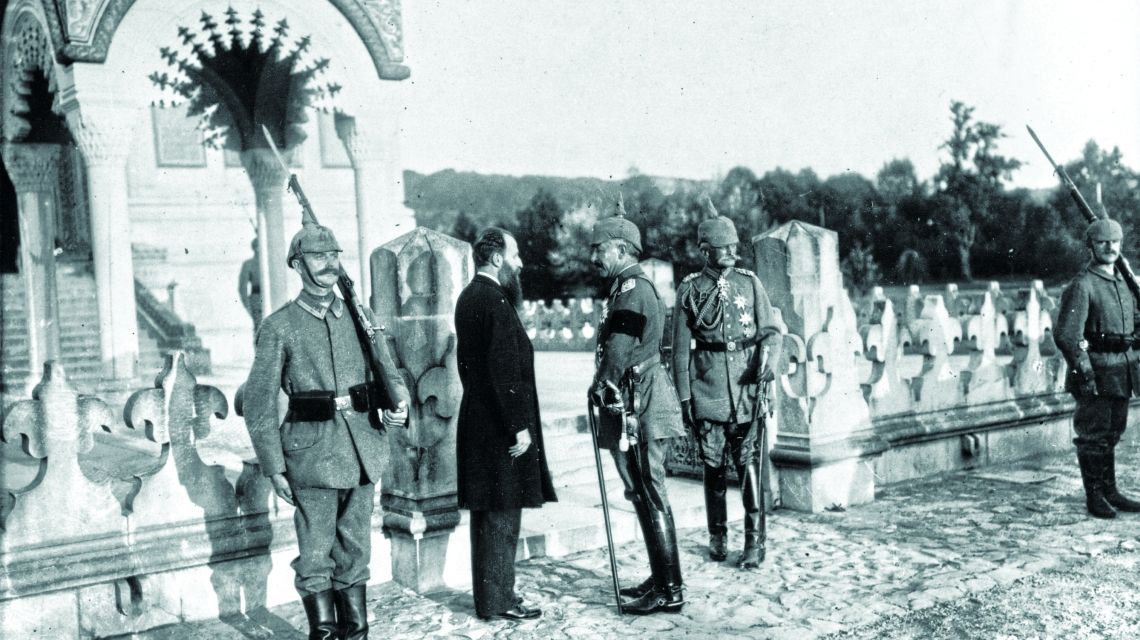 The Emperor of Germany left Berlin on the evening of September 18, with a special train. After a short stop in Budapest, where he went for a car ride, the Kaiser arrived in Curtea de Argeș on September 20, after passing through Turnu Severin and Orșova. Wilhelm did not choose to start his visit to Romania in this place by chance. He went to the tomb of King Carol I of Romania and to that of his wife, Queen Elisabeth, where he laid flower wreaths. The political message was clear, the Kaiser wanted to underline the difference between the former king, loyal to the alliance with his native Germany, who died embittered shortly after Romania proclaimed its neutrality, refusing to join the Central Powers and his successor, King Ferdinand I, who preferred to join the Entente.

The one who met Wilhelm II at Curtea de Argeș was Alexandru Tzigara-Samurcaș and he described the visit in his memoirs, which were published after the war to counteract the attacks of those who accused him of collaboration:

“On September 18, 1917, Marshal Mackensen communicated to me under the most severe discretion that in two days the Kaiser would come to Curtea de Argeș. He did not want to see any of the country’s politicians. However, as a representative of the Royal House, I was called to accompany the Kaiser to the royal tombs, showing to him the royal residence and other artistic monuments. On this occasion, the Marshal asked me to return Queen Elisabeth’s “Gospel” in the episcopal church, which I removed due to safety concerns in October 1916.”

When he arrived in Curtea de Argeș on September 20, Wilhelm expressed his disappointment that Romania entered the war against Germany, asking the Romanian representative “how it was possible”, despite the will of Carol I:

“Reaching to me, the Kaiser expressed his regrets of not visiting his cousin when he was alive and to be sitting now in front of his grave. To the question « How was this war possible between us? » the answer was « Because the Romanian people wanted it, it could not be any other way. However, King Carol would have never consented. Death spared him of any decision »”.

The next day, Wilhelm left Curtea de Argeș and headed for Giurgiu, from where he began a boat trip down the Danube to Cernavodă, where he met King Ferdinand of Bulgaria and his two sons.

The economic exploitation of occupied Romania to the benefit of Germany

On the morning of September 22, the Kaiser left on a train to the frontlines. He got off in the Cotești train station, near Focșani, where he met with German troops. On September 23, Wilhelm II visited two economic objectives in Prahova county, important in supporting the German war effort: the salt mines in Slănic and the oil wells of Câmpina.

The economic exploitation of occupied Romania was one of the most important reasons for his visit, a fact clearly stated by German propaganda, which emphasized that the emperor went to observe the results of “German activity in using the rich resources of the occupied country, for the strengthening and decongestion of the economy of the German Empire.” The visit to the Slănic salt mine was presented as a demonstration of the way in which Romania’s resources were used in the benefit of the German “homeland”.

In the articles that were published in the pro-German press in Bucharest they describe the interest shown by Wilhelm II to the exploitation of Romanian riches in the benefit of Germany:

“First of all, from the salt extracted from Slănic, the needs of the German army on the Romanian front, of the occupied territories and of Bulgaria are covered. Currently, the salt mines produce 400 tonnes of salt daily, at the extraction of which 260 workers labour. In normal times, 500 workers would have produced only 300 tonnes a day. (…) The emperor thoroughly investigated the installations and the activity of the whole exploitation, asked the specialists for technical and geological explanations regarding the salines, he showed an interest in the payment of the workers and their way of living and at the end he expressed his gratitude for the job well done”. (“Săptămâna ilustrată”, October 24, 1917)

In Câmpina, the Kaiser showed an interest to the oil extracted there:

“The emperor asked to be shown all the stages of oil extraction, of the cleaning and separation of light gasoline, heavy fuel oil, light oils, turpentine, machine oil, of various types of grease and paraffin. These products are now exclusively dedicated to the needs of the German army and industry, whose machinery works mostly due to the oils from Câmpina”. (“Gazeta Bucureștilor, September 27, 1917”)

From Câmpina, Wilhelm headed for Sinaia, where he visited the monastery, the Peleș Castle and afterwards went for a walk in the park. He spent the night in Sinaia aboard his train and on September 24 he headed for Predeal, on the border of Transylvania, province that at the time was part of Austro-Hungary.

The archduke Joseph August of Austria, the commander of the Austro-Hungarian army that was fighting against Russia and Romania, met the German emperor at the customs. From here he headed for Hungary, through Brașov, Sibiu and Cluj, where the train had a small layover. The Kaiser went afterwards to Galicia and Bukovina, through Hungary, where he visited the frontlines and the German troops. Wilhelm II returned to Germany on September 29, 1917.