“Strengthen Romania, because there you have not only an army, but also a government and a people” 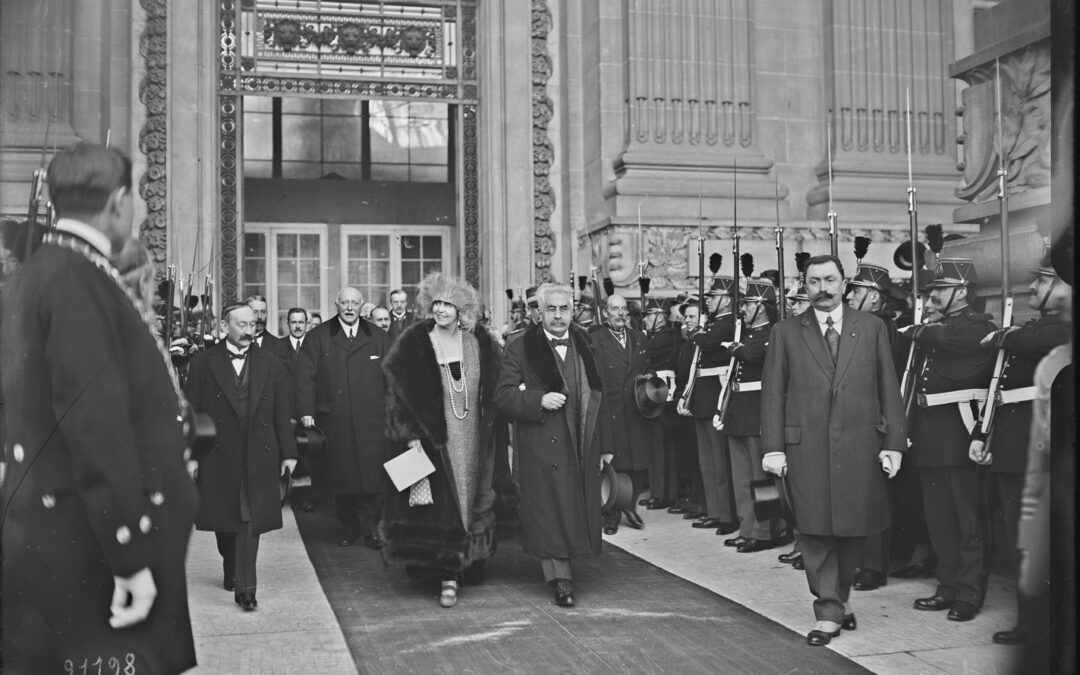 When the regime of Béla Kun was installed in Hungary, the Supreme Council had already decided to support the great majority of Romania’s claims at the Paris Peace Conference.

Bela Kun came from a small village in Transylvania. Prior to the war, relatives described him as being unreasonable, hypocritical, conceited, choleric and selfish. He had built up a reputation as a radical journalist. In 1914, he joined the army and fought on the Eastern Front against the Russians, where he was taken prisoner. The Russian Revolution of 1917 changed his political leanings, and in 1918, as the leader of the new Hungarian Bolshevik Movement, he met with Lenin and the other Bolsheviks in Moscow. At the end of the war, the Russian Bolsheviks gave him money, gold and false documents and returned to Hungary to “bring about the Bolshevik revolution”. He quickly made a name for himself in the chaos of Hungary, where he handed out manifestos, organized strikes and demonstrations. After being beaten and imprisoned by the Budapest police, he became a sort of martyr. On March 21, Károlyi’s socialist allies visited Kun in prison and secured his release. He soon took control of the country and proclaimed Hungary a Soviet republic.

In Paris, the Council of Four hesitated initially. General Foch presented himself to the Council with a huge map and showed that Romania was a key element in the struggle to prevent a strong Bolshevik presence in Central Europe. “Forget about the Whites in southern Russia, they have already lost. That’s why I must stress this: strengthen Romania, because there you have not only an army, but also a government and a people”. Wilson admitted he did not know how to proceed: “Officially, we are friends with the Hungarians and even better friends with the Romanians”. However, Clemenceau was concise: “The Hungarians are not our friends, but our enemies. Of all the peoples of former Austria-Hungary, they were the last to surrender”. Lloyd George suggested sending a trusted person to Budapest to report on Kun and his regime. Wilson agreed and so did Clemeanceau, although reluctantly. Nonetheless, the Council of Four agreed to also send military supplies to Romania.

British general Jan Smuts was elected for this mission. Smuts left for Budapest aboard a special train. At first glance, his mission was to persuade the Hungarians to accept a neutral zone between Romania and Hungary, but the real purpose was to evaluate Kun and find out if he could be used as an informal bridge to Lenin.

The news of Smuts’s arrival in Budapest caused great enthusiasm among the Hungarians, who considered the mission a sign that the representatives in Paris were ready to recognize the new government. When he arrived in the Hungarian capital, Smuts did not get off the train, and Kun was forced to climb in.

Nicolson, who was part of Smuts’ delegation, would characterize Kun as follows: “A small, roughly 30-year-old man with a pale and round face with wet and faded lips; his head was shaven, but a couple of red hairs were showing; he has a suspicious and mean look; he has the face of a sullen and insecure killer”. Discussions in the wagon restaurant between the two sides did not go well. Kun wanted the recognition of his government; Smuts declined; Kun wanted the Romanian army to withdraw east of the neutral zone; Smuts was ready to make some minor concessions, but Romania would have taken Transylvania nonetheless. Under these circumstances, Smuts decided that it made no sense to continue the negotiations. “Well, gentlemen, I have to say goodbye”, Smuts said at the end of the second day of negotiations. He politely shook the hands of the Hungarian representatives, and the train left the station. After meeting with Béla Kun, Smuts came to the conclusion that the Hungarian Bolshevik leader was a “stupid individual whose government could not survive for long”.

In Hungary, the Bolshevik-controlled newspapers claimed that Smuts’ mission was proof that the Allies recognized Kun’s regime. A rumour circulated in Budapest that Trotsky and the Red Army was coming from the northeast to help the Hungarian Revolution and the Bavarian Soviet Republic. Trotsky was not on his way, but there were indeed plans for a common front between the Hungarian and the Bolsheviks.

The Hungarians united for a short time around Kun. Volunteers rushed to join the Hungarian Bolshevik Army. The Italians, largely motivated by their hostility toward neighbouring Yugoslavia, sold Kun arms and ammunition. By mid-May, the Hungarian forces took the initiative in the fighting with Czechoslovakia. In the second week of May, the Council of Four read the recommendations made by their experts concerning the borders of Hungary with Romania and Czechoslovakia and approved them without comments.

The fighting continued. After halting the offensive against Czechoslovakia, the Hungarian Bolsheviks focused their attention on Romania. On July 20, Béla Kun’s army attacked Romanian troops on an extended front beyond the Tisza River. Romania had problems with the Bolsheviks on its eastern border, where Christian Rakovski, who became Soviet commissioner for Ukraine, threatened to invade Bessarabia. When his forces managed to force the evacuation of the allied intervention forces in Odessa, this threat seemed credible. When planning the offensive against Romania, Kun and his military advisers hoped that Romania would be attacked by the Bolshevik forces in Ukraine to establish a direct link with Hungary.

However, the Romanian counterattack crushed the Hungarian army. On August 1, the Romanian army crossed over the Tisza River. King Ferdinand and Queen Marie came from Bucharest to attend the event. With the approval of the Allies, the Romanian army advanced towards the Hungarian capital, and the first Romanian troops entered Budapest on the afternoon of August 3, 1919. Kun fled to Austria, then to the Soviet Union. He was later arrested during Stalin’s purges and executed in the autumn of 1939.

The Romanian forces withdrew from Budapest and Hungary in November 1919. A month later, Romania’s new borders started to be recognized through international treaties.