The arrest of Constantin Diamandy, Romania’s plenipotentiary minister in Petrograd, on Lenin’s order 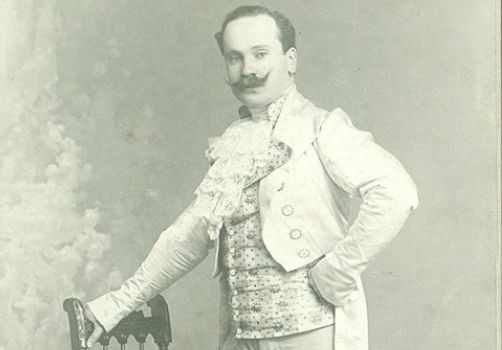 On the evening of December 31, 1917 (January 13, 1918, new style), the plenipotentiary minister of Romania in Petrograd, Constantin Diamandy, and the staff of the Royal Legation of Romania were arrested by the Bolsheviks, under Lenin’s order, and taken to the St. Peter and Paul prison. This unusual incident in the diplomatic world was the reply of the Soviet government to the tensions between the Romanian army and the Russian soldiers in Moldavia.

The soldiers of the 194th regiment of the Russian 49th Division, who were stationed between the cities of Bacău and Roman, near the front line, came into conflict with the Romanians, and were ordered on December 27, 1917 to lay down their weapons. The Russians refused and threatened to use force to reach Roman, in order to release a Bolshevik leader held by the Romanians. The Romanian army was forced to open fire. Several Russian soldiers were injured, the rest were disarmed by the Romanians or fled. The disarmament of Soviet troops attracted a harsh and unusual response from the Soviet government. The arrest of the Romanian Plenipotentiary Minister in Petrograd provoked protests from the entire foreign diplomatic corps in Russia.

Born in 1868, in a boyar family from Moldavia, Constantin Diamandy was the son of Iancu Diamandy, deputy, senator and prefect of Bârlad, and Cleopatra Catargi. He entered diplomacy in 1892, after completing his university studies in Bucharest and Paris. Named the plenipotentiary minister of Romania in Petrograd, Constantin Diamandy played a very important role in negociating the agreement between Romania and the Entente. As the representative of Romania in Petrograd, Diamandy also negotiated with Russian Foreign Minister Sergei Sazonov a secret agreement between the two countries. Known as the “Sazonov-Diamandy Agreement”, the Romanian-Russian secret convention was signed on September 18 (October 1, 1914).

Following the protest of the diplomatic corps accredited to Petrograd, after two days of detention under humiliating conditions, Constantin Diamandy received a note from the Soviet government conditioning his release and that of the personnel of the Royal Romanian Legation with the release of the Russian troops detained on the front. However, Romania’s plenipotentiary minister in Petrograd refused any negotiations: “I replied that I would not accept that my release be subjected to any condition and that, in the context of such a horrendous violation of International Law, I would absolutely refuse to negotiate state issues while incarcerated”.

Constantin Diamandy agreed to leave the prison only after writing a report stating clearly that he refused any negotiations with the representatives of the Russian government. After his release, Diamandy was expelled from Russia, and the Soviet government decided to break diplomatic relations with Romania (January 13/26, 1918) and to seize the Romanian Treasure, located in Moscow.

“1. All diplomatic ties with Romania will cease. The Romanian Legation and, in general, all the representatives of the Romanian authorities will be expelled on the shortest route possible beyond the border.

2. The treasury of Romania, which is kept in Moscow, will be intangible for the Romanian oligarchy. The Soviet power assumes responsibility for the preservation of this treasury which will be handed over only to the Romanian people.

3.Shcherbachev, the former commander-in-chief of the Romanian Front, who stood against the revolution, is declared an enemy of the people and an outlaw.”