The arrest of the writer Ioan Slavici. A classic of Romanian literature, detained for «anti-Romanian propaganda» 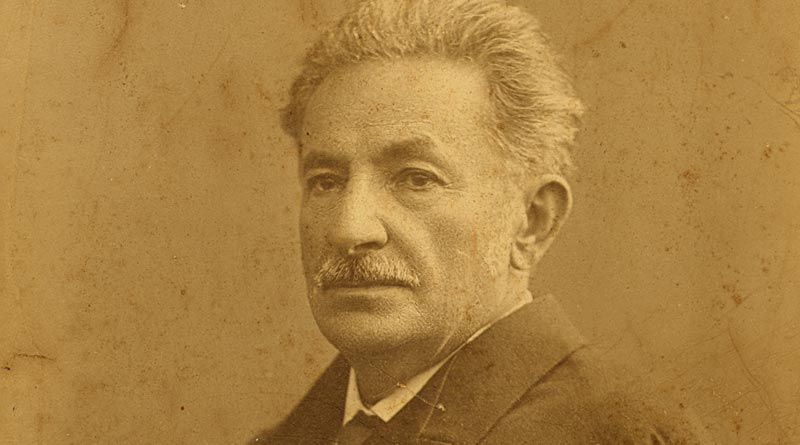 Writer, playwright, memorialist and journalist, Ioan Slavici, was born on January 18, 1848, in the village of Șiria, which was at that time in Hungary. The writer who will become a classic of Romanian literature was born into a modest family. His mother, Elena, was part of a family of scholars, and his father, Savu, was a baker. A staunch fighter for the rights of Romanians in Transylvania, Slavici was imprisoned by Hungarian authorities. When he arrived in Romania, Slavici was again arrested and sent to prison, paradoxically, this time for “anti-Romanian propaganda”.

Ioan Slavici attended the Hungarian high school in Arad (1859-1865), and then transferred to the Piarist High School in Timișoara. Due to his family’s financial difficulties he left the school, succeeding in taking his baccalaureate exam in 1868, in Satu Mare. He then enrolled in the Faculty of Law and State Sciences of the University of Budapest in October 1868, but discontinued his studies because he became ill. A year later, he resumed his studies at the Law School in Vienna, where he met poet Mihai Eminescu, the two becoming friends.

Ioan Slavici began to write at the urging of Eminescu, who recommended him to the magazine “Convorbiri literare”, where he debuted as a writer, in March 1871. He came to Romania in 1874, settling first in Iași, then in Bucharest, where he worked as a publicist, teacher and a journalist. Slavici was an editor at the “Timpul” newspaper (1877-1880), along with Mihai Eminescu and Ion Luca Caragiale.

Concerned about the fate of the Transylvanian Romanians, Slavici founded in April 1884, in Sibiu, the newspaper “Tribuna”, the first Romanian daily in Transylvania. At the same time, he was elected secretary of the Romanian National Party of Transylvania, a position he held until May 1887. Due to his activity in favour of the rights of Romanians in Transylvania, Slavici was accused of “agitation against the state”. Five press trials were brought against him, being sentenced to pay several fines, but also to one year’s imprisonment (1888-1889).

Returning to Bucharest in 1890, he received Romanian citizenship two years later. Consistent with the politico-social and moral ideas of his youth, Slavici did not hesitate to manifest his pro-Austrian beliefs, with the outbreak of the First World War. In fact, Slavici shared the opinion of King Carol I, a supporter of the alliance with the Central Powers. He presented his opinions in the newspaper “Ziua”, which he led between July 31, 1914 and August 15, 1915.

During the German occupation he collaborated with the “Gazeta Bucureștilor”, a pro-German publication. In January 1919, after the conclusion of the peace, he was arrested again, tried and sentenced to seven years in prison. Slavici had a dignified attitude during the trial in which the prosecutors accused him of treason and servitude towards the Germans.

Slavici said in his defence “If I sold myself now, then I, who all my life, for fifty years, said the same things, which I say now, have always sold myself. However, how can I be a poor man, after I sold myself today and yesterday and the day before yesterday”.

The newspaper “Universul”, from February 14, 1919, informed its readers about the arrest of some of the employees of the “Gazeta Bucureștilor” by the Prosecutor’s Office of the Martial Court, and their detention in Văcărești, for “attack on the security of the state and assistance given to the enemy”. Among them: I. Slavici, T. Arghezi, D. Karnabatt, I. Grosman, Dem. Theodorescu, Leontin Iliescu, A. Camburopol et al.

The sentence was considered unfair by the public opinion. An unprecedented press campaign and public pressure on the authorities finally led to his release after less than a year in detention. The writer was released at the end of the year from Văcărești prison.

Ioan Slavici died on August 17, 1925, in the town of Crucea de Jos, Vrancea county. He was buried, according to his will, at the Brazi hermitage, afterwards being buried in the Panciu city cemetery.