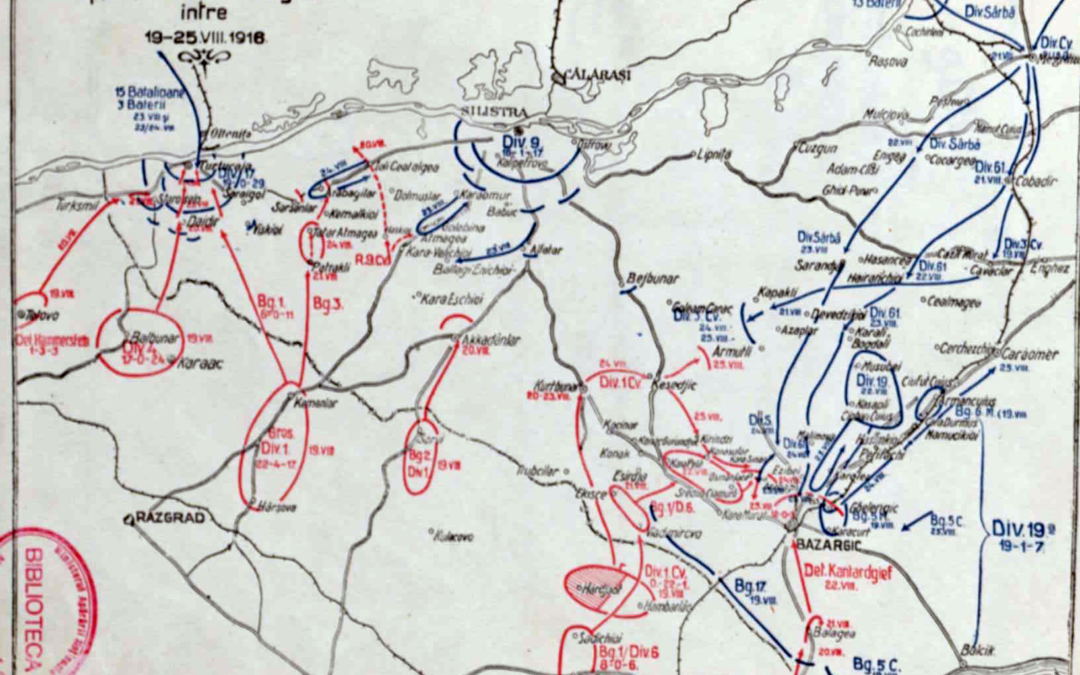 The Battle of Dobrici or the Battle of Bazargic was a battle of the First World War, part of the Romanian campaign, which ended with the victory of the Bulgarian troops and the withdrawal of the Russian-Romanian troops to Cobadin, on the Oltina-Kara Omer-Mangalia line.

The battles with the Bulgarians started on September 1 to defend or recapture a number of villages around Bazargic. The Sixth Joint Brigade, in particular, travelled 121 kilometres in 55 hours. Taking stock of the battles, General Arghirescu made a decision that would cost the Romanian army: he decided to evacuate Bazargic and withdraw all of his troops.

In the first stage of the Bulgarian offensive in the Quadrilateral, Bazargic did not receive too much attention from Romanian command, which caused its abandonment. The main effort focused on supporting the operations in Turtucaia and, at the same time, defending Silistra. However, the command of the Romanian Third Army, based on a series of erroneous reports concerning a potential redress of the situation in Turtucaia, made the decision to launch an attack on Bazargic.

“On the evening of September 4, the commander of the Romanian Third Army, deceived by the wrong information communicated by the commander in Turtucaia- that the situation had improved- turned his gaze back at Bazargic and ordered the Russian general Zayonchkovski (the commander of the Eastern Task Force, General A.M. Zayonchkovski, which had under its command the Romanian 9th Infantry Division) to re-occupy the city […]. In accordance with the order he had received, the Russian general decided to attack Bazargic, without waiting for the arrival and concentration of all his troops. Following his own request, General Arghirescu was commissioned to carry out the operation […] After a night march, the Romanian 17th Brigade arrived in the early morning of September 5, in front of Bazargic’s fortifications. To the surprise of the Romanian commander, Bazargic is occupied not only by two enemy companies, but by numerous well entrenched troops, who greeted the Romanians with live fire. […] The resistance of the Bulgarians, sheltered in trenches and well supported by artillery, was strong. The attackers begin to falter. On the right wing, the Russian cavalry starts an impetuous assault against the Bulgarians, which took cover in the trenches. The foolish charge is broken up by weapons fire and machine guns. The horses, frightened, could no longer be controlled by the riders. Some scattered along the field; some, together with the commander of the regiment, jumped in their mad flight, over the Bulgarian trenches and in the middle of the Bulgarian batteries, where they were taken prisoners.”

The fighting continued until September 7, ending with the victory of the Bulgarian troops. “The battle of Bazargic was now definitely lost to the Allies. Not because they were beaten by the Bulgarians, to whom they have always maintained superiority, but because of their commander. Zayonchkovski did not know how to make use of this superiority, but, hesitating from day to day, tiring the Romanian troops in exhausting marches and counter marches, he presented himself to the enemy with inadequate strength and he never pressed on to the victory that should have come without fail. The Battle of Bazargic is a model of indecision, inconsistency and incoherence.”

Constantin Kiriţescu, „Istoria războiului pentru întregirea României” [The history of the war for the unification of Romania]