The Battle of Bucharest 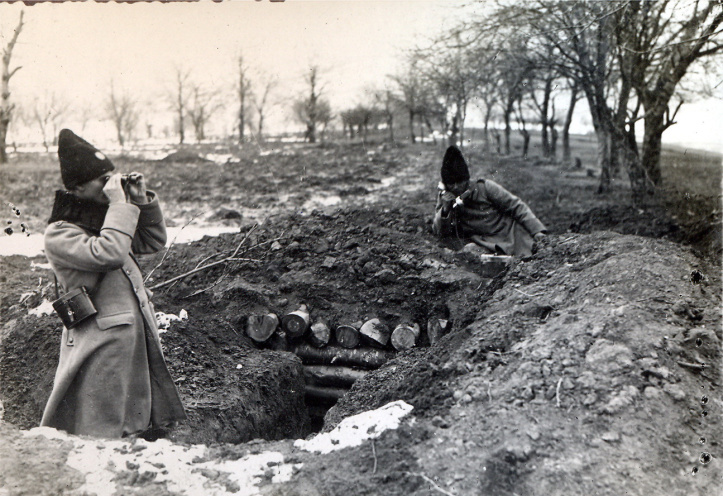 Encountering strong resistance in the mountain passes of the Carpathians, the Central Powers managed nonetheless to enter the Jiu Valley, occupied Târgu Jiu on November 15 and the whole of Oltenia, before moving on to Muntenia on November 24. Just one day before, the German-Bulgarian forces had successfully crossed the Danube at Zimnicea. Romania’s situation became critical. This is the moment when the Romanian High Command, supported by the head of the French military mission, General Berthelot, decided to defend Bucharest, despite the fact that the Russian ally proposed a withdrawal to the Siret river.

The Battle of Neajlov-Arges, or the Battle of Bucharest, would unfold on a plain, marked by a natural obstacle, the Argeș River, which had a strategic value far below that of the Olt River. The command was entrusted to General Constantin Prezan, who drew up a bold operation plan that envisioned the use of three infantry divisions to outmanoeuvre and outflank the enemy forces. But two staff officers of the 8th Division fell in the hands of a Bavarian regiment. They had on them the correspondence between the 8th Division and the Romanian High Command with all the operational orders; thus, the operation plan was revealed. In theory, the offensive might have had a moderate chance of success, but in practice the Romanian army was clearly outmatched numerically, technologically and morally, without even taking into account that any defensive or offensive strategy in the Romanian Plain would have been extremely difficult. However, honour demanded, unnecessarily and tragically, for one last try.

The Romanian generals relied on several under strength and hard tried divisions, located between 40 to 80 kilometres from each other, while others were 60 kilometres away from the envisioned attack site. Some were actually made up of units from various divisions that were destroyed in previous battles. Without the ability to move quickly, the attack would lose from the start the element of surprise.

Prezan’s plan was a bold one, calling for an attack on the junction between the two German army groups, which, in case of success, would have pushed back Mackensen’s army over the Danube and would have exposed the back of the army led by von Falkenhayn. The plan succeeded in the initial phase, the Romanian forces surprising the Central Powers. But in an unexpected turn of events, following the capture by the Germans of the two officers, the Central Powers managed to restore the situation on the front and, having the numerical superiority, forced the Romanian forces to withdraw.

The occupation of Bucharest by the Central Powers

The Romanian authorities left the capital, as the government was relocated to Iași and the Central Powers occupied the city on November 23/ December 6. The withdrawal of the population from Muntenia and Oltenia was made under terrible conditions that were described by I.G. Duca: “The sight on the road was indescribable: men, women, children, the sick, the elderly, the disabled, on foot, in wagons or riding on horses were trudging through the rain, the wind, the cold and through the snow. Some have gathered in a hurry what they could of their belongings and were now dragging them along. Others could not go forward and they would fall over tired and starving along the roads. Others died in ditches and their decaying bodies were left to the crows. Beside this, the exodus of the civilian populace merged with the retreating army convoys, while soldiers, passing in a hurry to execute whichever orders they were given, overturned everything that stood in their path, creating great confusion, in the distance you could hear enemy fire, children were screaming, women crying, people shouting, the rain would not stop, the cold was starting to pick up, a village was bombarded on one side, in another you could see the flames of fire. It was a hellish vision”.

The Romanian army, accompanied by Russian troops, had to conduct a fighting retreat to successive alignments, the front finally stabilizing on the Siret River in January 1917. The campaign of 1916 proved to be a disaster for Romania. Hundreds of thousands of deaths among the army and the civilian population, two thirds of the territory occupied by foreign troops, the dream of a Greater Romania replaced by the reality of a much smaller Romania, threatened by the annexation plans of Bulgaria and Austria-Hungary. For the Central Powers, the victory was like a breath of fresh air, although it was costly- the Germans lost 60.000 people. The richness of the conquered territory gave hope to the Germans and Austrians that the difficult food and fuel shortages they were facing will be greatly reduced. In spite of efforts to destroy the oilfields, the Central Powers captured large quantities of cereal and fuel. From December 1916 to October 1917, two million tons of grain and an approximate equal amount of other food stuffs, as well as 272.000 tons of petroleum products, were exported from Romania.