The Battle of Galati: a unique battle of The First World War

The beginning of 1918 represented for Romania one of its most crucial historical stages which finally culminated with the Great Union on the 1st of December 1918. The battles of the summer and autumn of 1917, carried out on the Moldovian military operations theater, stopped the occupation of the whole country by the armies of the Central Powers. It was the greatest victory of the war by Romania on the Southern European Theater of War.

The Romanian-Russian military alliance on the Moldavian front was on the brink of collapse, not in small part due to the Bolshevik revolution in Russia. There was a risk that Russian divisions, some of them Bolshevik, located on the territory between the Carpathians and the Prut river, will try to seize this land. So, in January 1918, for the first time in Romania’s military history, a battle took place in Galati that involved aviation, navy and land troops which all worked together in the defense of the Romanian territory. 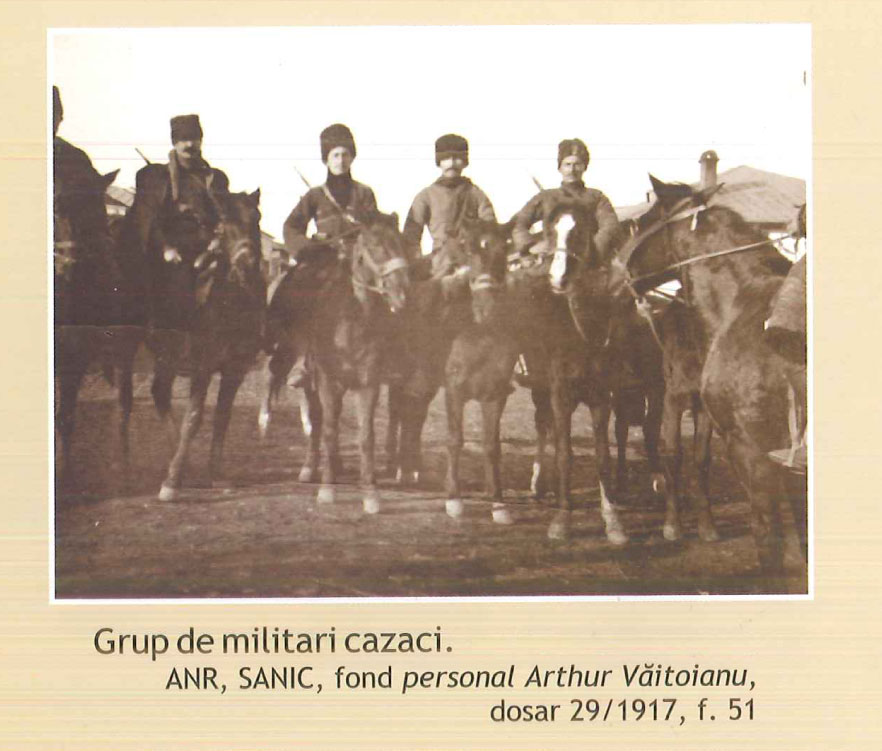 The events that preceded the Battle of Galaţi from 7 / 20-9 / January 22, 1918, were ominous for Romania. Thus, on November 26 / December 9, 1917, Romania and Russia signed in Focşani the armistice with the Central Powers, whereby the two combatants assured each other to observe „the obligation not to resume the hostilities except by prior denunciation of the armistice within 72 hours and with the further condition for the Russians, that the armistice is only temporary until the issue of war or peace is decided by the Constituent Assembly of Russia. ” The Bolshevik revolution led to the exit of Russia out of the First World War, the peace talks with Germany commencing on December 22, 1917 in Brest-Litovsk.

Thus, in the context of the Focsani truce and of the peace talks commenced in Brest-Litovsk, Romania sought to take precautions in order for the Moldavian front line that was deserted by the Russians to be kept intact.

The Russian plan to occupy and destroy the city of Galati

The Romanian Army ordered that all Russian troops should move to Bessarabia or Kherson in “unit formations”. The 6th Russian army in the Tecuci-Galati area, who had abandoned the battle, joined the Bolshevik ranks, and the 9th and 10th Divisions of the 4th Siberian Corps, with a full complement of artillery (80 cannons), and a torpedo boat with a 150 mm cannon, from Reni in the Galaţi area, attempted to occupy the city of Galaţi on 7 / 20-8 / January 21, 1918. In this respect, soldiers from the 10th Russian Division in Galaţi planned to take over the fire brigade and to fill with oil the mobile fire-fighting installations and to destroy the city by burning it down.

The Russian plan was thwarted, and on 7 / 20-8 / January 21, 1918, the city of Galaţi witnessed the greatest battle it had been subjected since the beginning of the 20th century. The Romanian military units were made up of elements of the Fourth Division, four military torpedo boats (no.1: “Maior Constantin Ene”, No. 2: “Captain Nicolae Lascar Bogdan”, No. 5: “Maior Gheorghe Şonţu” and no. 7: “Lieutenant Dimitrie Calinescu”) and another torpedo boat and a barge arrived at the mouth of the Siret on the Danube. These torpedo boats were commissioned by Romania, together with three others (No. 3: “Captain Mihail Romano”, No. 4: “Maior Dimitrie Giurescu”, No. 8: “Captain Walter Maracineanu”), at the shipyards “Thames Iron Works & Shipbuilding Co.” in London, in 1907-1908 and were equipped with a 47mm Skoda cannon, a 6,5 mm Maxim machine gun and two torpedo launchers. The command of these military units was entrusted to Commander Constantin Niculescu-Rizea, then the director of the Navy Arsenal. He ordered the placement on the Tiglina hill of eight cannons, dismantled from the battleship Elisabeth, commanded by Commander Nicolae Puricescu. Two and a half companies from the 21st and 50th Infantry Regiments, led by Commander Vulcanescu, were also deployed on the hill Tiglina.

For two days the city of Galati was subjected to a long series of bombings, and at night there were street battles between the Romanian and Russian infantry units. The situation became complicated on 8/21 January 1918, when in the eastern part of the city, on the Prut, the Russians occupied the border checkpoints, confiscated the vessels from the Prut river mouth and disarmed the Romanian detachments from Reni and Giurgiulesti. They tried to make the junction with the 9th and 10th Divisions in the west, north and south of the city, for the encirclement, occupation, and maybe the passage of Galati under the rule of Bolshevik Russia.

The discipline and dedication of the Romanian soldiers, coordinated by Commander Constantin Niculescu Rizea, led to a surprise counterattack in the Tiglina and Danube. From the northern part of city of Galati, the 8th Brigade troops led by Colonel Badescu, who attacked the 9th Division military units, located between the lakes of Cătuşa and Mălina, distinguished themselves. Surprised by the attacks by the Romanians in the Tiglina-Cătuşa-Mălina area and by the bombardment by the navy, the Russians retreated between Siret and Barboşi railway station, in the area of the Roman Castrum of ​​Tirighina. Here, the combined attacks of the artillery, the navy, the infantry, and the three Romanian airborne bombing aircraft arrived to determine the Russians to capitulate on the morning of January 9/22, 1918. It was for the first time in the military history of Romania when aviation, the navy and land forces worked together in the defense of the Romanian territory.

The two Russian divisions were completely disarmed and guided, under the guardianship of the Romanian sentinels, to cross the Prut. About 500 Romanian soldiers managed to defend the city of Galati despite numerical inferiority, and in order to honor their memory, the commune of Galati commissioned the building of a monument in 1925, known as the “Defenders of the City of Galaţi 7-9 January 1918” made by the sculptor Ioannis N. Renieris. At that time, a plaque and a badge were also dedicated to the saviours of the city.

Because in 1963 the monument was destroyed “for the urban works in the area”, the Galaţi County Council financed in 2017 the reconstruction of the monument “Defenders of the City of Galati 7-9 January 1918”, the reproduction of the badge and the plaque, and the Club Rotary “Lower Danube” Galaţi funded the minting of a jubilee medal “Galaţi Defenders 1918-2018”.

Constantin Kiriţescu, The History of the War for the Unification of Romania

C-dor (rtg) Nicolae C. Petrescu, With the tricolor at the mast