The Battle of Mărășești, the most significant victory in the history of the Romanian army 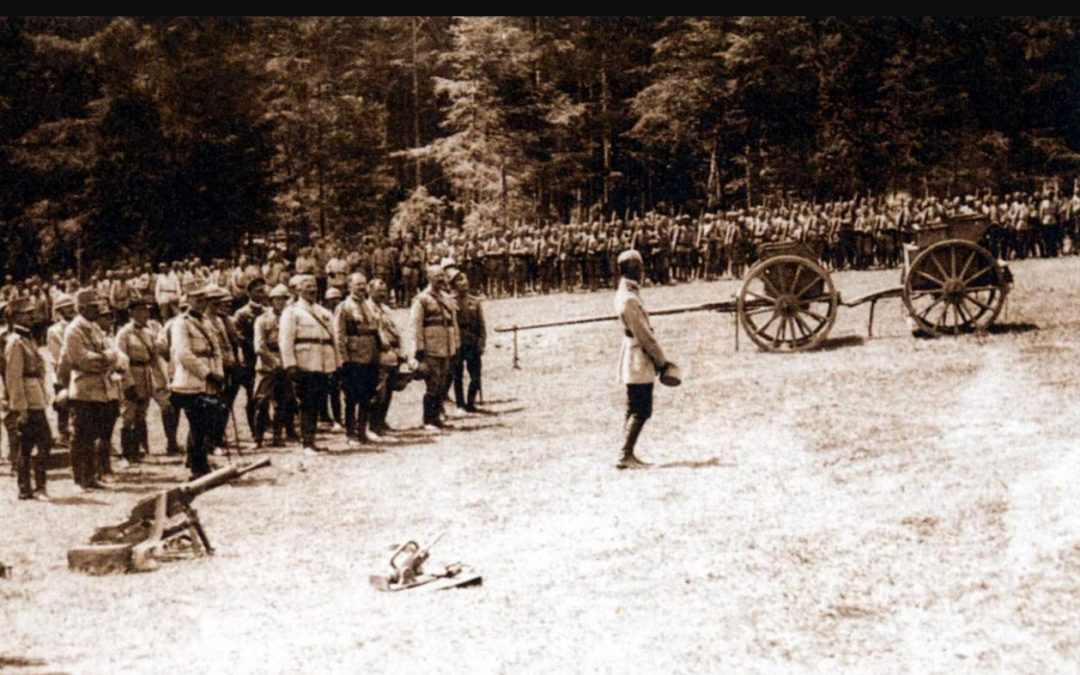 The Battle of Mărășești, lasting from August 6 to September 3, was the bloodiest battle waged on the Romanian Front in the summer of 1917. The German Ninth Army lost more than 16.000 soldiers (dead or wounded), including General Wenninger, and nearly 1.000 men were taken prisoner. The Romanian army also had considerable losses: over 17.000 soldiers (dead or wounded), to which were added nearly 10.000 missing or captured. The losses of the Russians were somewhat comparable to those of the Romanians.

The offensive of the Ninth Army proved to be “a disappointment” from the onset. German history provides some explanations for these failures: unfavourable terrain, extreme heat, too many objectives, insufficient artillery, etc., but “above all the enemy had been underestimated”. In the final report given by General Johannes von Eben to Mackensen, the following causes are specified: “The assumptions and hopes that the Russians and the Romanians will withdraw without resistance or that they will let themselves be taken prisoner were wrong. On the contrary, the Russo-Romanian armies fought valiantly. Every trench, every house, every hill was fiercely defended […] Counterattacks were well led and most of them ended in hand to hand combat”. Even though they also recognized the role played by the Russians in stopping the Ninth Army, the Germans reserved their highest praise for the Romanians. General Curt von Morgen said the following: “The Romanians became respectable opponents […] They had fought better, they were more skilfully led, and the artillery cooperated better than at the beginning of the Romanian campaign”. Reports by Austrian intelligence services have also highlighted the role of the Romanians: “During attack, the Romanians showed vigour and defied death, and the men, emboldened by intense Romanian patriotic propaganda, let themselves be carried willingly into the fight”. The Romanian officers who had been taken prisoner by the Austrians were portrayed as “serious, versed, behaving with dignity and displayed in their conversations patriotism, a sense of duty and confidence”. In Austrian history the Battle of Mărășești was summed up thusly: “The idea of ​​the German command to invade Moldavia over the Siret was thwarted by the resistance of the Romanians”.

“It was the most glorious episode of the Reunification War”

The Romanian historian Florin Constantiniu had this to say about the Battle of Mărășești: “It was the most glorious episode of the Reunification War, and it sits beside the greatest victories in Romanian military history. The merit of this victory lies with the generals Constantin Christescu- replaced following arguments with the Russian commanders- and Eremia Grigorescu. The heroic resistance of the troops and the rapid replacement of Russian units, that panicked or lacked the will to fight, as a result of Bolshevik propaganda, brought about the ruin of the enemy. Romania held on and continued the struggle, and the authorities- the king, the parliament, the government- remained in the national territory”.