The Battle of Mărăști – a great surprise 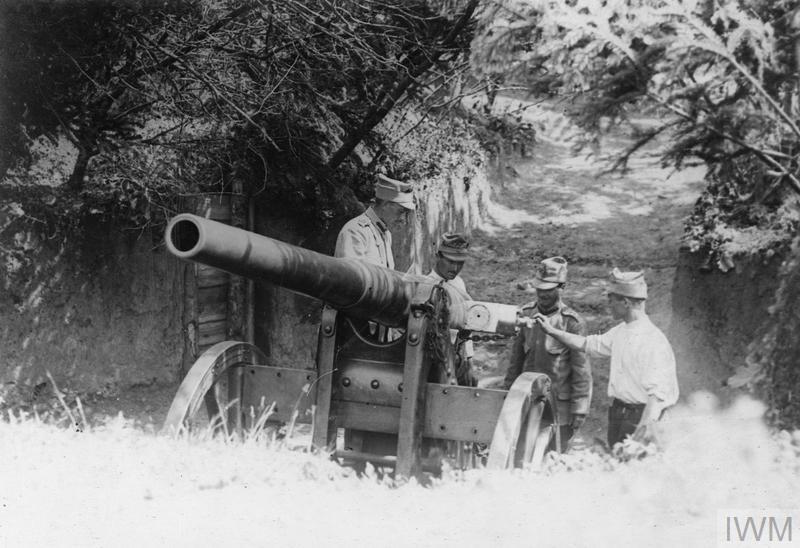 In the summer of 1917, Romanian troops supported by the Russian troops attacked the forces of the Central Powers on the Moldavian Front. The auspices seemed unfavorable, but the attack at Mărăști reached and exceeded the proposed goal.

Operational instructions were given on June 1, 1917. The Romanian army had “to attack and break through at all costs” the lines of the German Ninth Army to the west of the Nămoloasa bridgehead in the direction of Râmnicu Sărat to encircle the enemy’s rear-guard. The Romanian Second Army was ordered to attack the right wing of the Austrian First Army and to advance on the upper valley of the Putna river to threaten the main lines of communication between the two enemy armies. The Russian Fourth Army, located between the two Romanian armies, had to break through the enemy front at Ireşti and head towards Focșani to make the junction with the Romanian army in order to destroy the enemy forces between the Siret river and the mountains.

The commander of the Romanian Second Army, General Alexandru Averescu, would write in his “Journal”: “Finally, the long-awaited day begins. […] We can measure ourselves, under almost equal conditions, to the best soldiers in the world. I’m sure we’ll win. Bad weather, drizzle […]. Bombardment began in the morning, but because of the bad weather it had to be interrupted between three and five o’clock in the afternoon […]. After five o’clock the skies cleared up, the bombing was resumed and continued until nightfall with the best results. Tomorrow I will go up to the observer, I prefer to stay here tonight in Bâlca. You can also see the calm and trust in the eyes of those who surround me”.

The first day of the offensive was successfully completed. The Romanian Second Army had achieved its objective as well as the Russian 8th Corps. The following day, German commander Friedrich von Gerok took the decision to withdraw on a defensive alignment between the Arşița Hill- Tiharale Hill- Răchitasele Hill and Teiuș Hill (826 m). Averescu is determined to continue the attack by conquering the Fântâna Puturoasă Hill and to advance to Vizantea Creek. The losses for the Germans and Austrians continue to rise.

The Russians give up on the offensive

On July 25, the Russians decide to stop the offensive. General Shcherbachev, commander of the Russian troops in Romania, received a telegram from the Kerensky government demanding that the offensive of the Russian armies be stopped, amid the disaster in Galicia and Bukovina. The Romanian Great General Headquarters is also forced to stop the offensive and cancels the action at Nămoloasa. In spite of the orders, the commander of the Romanian Second Army, General Alexandru Averescu decides to continue the offensive to occupy more advantageous positions. The Second Army Corps continues its pursuit of the German 218th Division as it retreated to Soveja. Moreover, the commander even intended to occupy a small territory beyond the 1916 border: “General Văitoianu believes that in the direction of Lepşa, we could go up the border. I relish the idea, I would like to plant a flag on a patch of land that we wanted to conquer, to symbolize our aspirations. I asked him in this respect and promised me that my desire will be satisfied”, noted Averescu.

The next day, Romanian troops occupied Soveja, an important center of support for the German 218th Division. The loss of Soveja created major difficulties for the Central Powers, namely the loss of two thirds of the German division’s staff stationed here, as well as losses for the Austro-Hungarian 1st Cavalry Division. On the evening of July 14/27, the troops of the 1st Division reached the Putna River. On July 27, 1917, the Romanian Great General Headquarters asked once more that Averescu stop the offensive because of the events in Galicia. The advance of the German troops threatened Moldavia, which could be then attacked from the north. Averescu stops the offensive and moves to fortify the conquered positions.

The consequences of the Battle of Mărăști gave hope to the Romanians, but also to the Entente. Within a week, although at a disadvantage due to the canceling of the operation at Nămoloasa, the Romanian Second Army supported by the Russian 8th Corps liberated 30 villages and took back over 500 km². More than 3,000 Austro-Hungarian and German soldiers were captured.