The Bolsheviks and Romania. The first step towards truce and betrayal 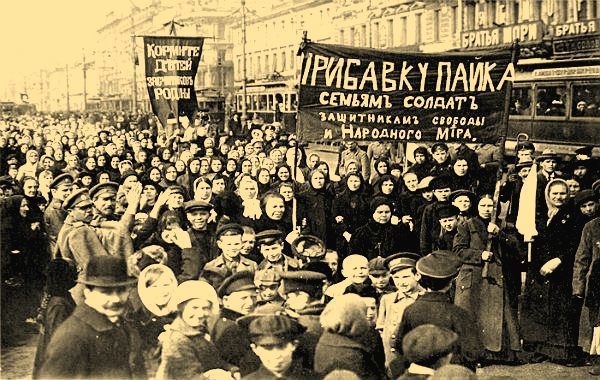 During the Great War, Romania’s main ally on the Eastern Front was naturally Russia. Things began to complicate in 1917, when the February Revolution took place in the Russian Empire, that resulted in the abdication of Tsar Nicholas II in March 1917. Relations between the two countries were increasingly tense, especially since the Tsar was the primary cousin of Queen Marie. The situation in Russia was viewed with great interest by the Romanian political class of the time, that had found its refuge in Iași, close to the collapsing empire.

Averescu: “My heart bleeds in the face of this catastrophe …”

Only a few months later, the October Revolution took Russia by storm and the news quickly reached lași, giving rise to even more panic, worry and countless questions. General Averescu wrote on October 25, 1917: “Very worrying news are coming from Russia. The provisional government was attacked and overthrown by Bolshevik revolutionaries, led by Lenin and Trotsky. Kerenski was able to flee to the Stavka.” The initiation of peace talks by the new Bolshevik power placed Romania in a very complicated situation, Averescu arguing that “the situation in Russia is becoming more and more confusing for us, therefore more dangerous […]. We are at a crossroads again, where past sins are coming back to haunt us in a ruthless way […]. My heart is bleeding in the face of the catastrophe that I feel is close, which I do not think we can escape except only through a miracle.”

Queen Marie was also troubled by the information coming from Petrograd. She wrote in her diary on October 26, 1917: “By midday I had received the news, the news that announced desperation, and which could mean anything: the revolution was in favour of the Bolsheviks.” The ensuing discussion between the Queen and King Ferdinand- regarding the events in Russia and the consequences for Romania of the intention expressed by the new leadership in Petrograd to conclude a separate peace- was a dramatic one. The King seemed unable to find a solution in order to save the country, while the Queen tried to argue that Romania’s situation was not as serious as it seemed:

“Nando was very reluctant and desperate, I’m afraid he’s ready to collapse, the latest news from the Russians were so hopeless and foreboding that, so far as we’re concerned, he says he sees the end coming ever nearer. I tried to encourage him, to prove that there is still hopes, but I could only oppose the serious and certain news he was receiving with that instinct of faith in the future and hope, so of course my arguments were not too convincing. I think our situation really is terrible. The Russians are about to conclude peace, which would force us to do the same thing, and if we refuse, the royal family and the government will be taken prisoner. I admit this is a terrible prospect, and yet, clinging to my own conviction, I think it will not get to that point. I admit that I have no reason to hope yet, but I hope and I will hope until the end. But I understand the bottomless despair that took hold of Nando; the tension was enormous and there was no good news, all hope was crushed again and again, the situation became more and more desperate.”

Argetoianu: “The Russian had taken the place of the German and became our most feared enemy”

Constantin Argetoianu said that the Bolsheviks were the enemies of Romania, and their coming to power had serious repercussions, which would lead to a Russo- Romanian conflict: “At the end of October, the situation had completely changed. Danger no longer threatened the front, but the opposite side; the Russian had taken the place of the German and became our most feared enemy”. The takeover of power by the Bolsheviks had such adverse consequences for Romania, that Argetoianu said that “for us, the rise of the Bolsheviks was a disaster in all respects. Revolutionary Russia loved us even less than Tsarist Russia”.

Even though the coup succeeded, the Bolsheviks had not yet taken any concrete measures. Both the Government and the population were in a state of uncertainty. Many people were saying that the revolutionaries would not hold power for long, or that they would not have the ability to pull out of the war. The only one who guessed the plans of the Bolsheviks was Prime Minister I.C. Brătianu. I.G. Duca, member of the Government, wrote about his sharp intelligence in his memoirs:

“Though the gravity of the fact was easy to understand, I must confess that it did not provoke the consternation that it should have. First, because we were accustomed to the idea that the Bolsheviks would succeed, and finally, because many thought Lenin could not cling to power […]. Brătianu did not share this way of seeing things. He was convinced that a determined will, no matter who it belonged to, would impose itself in the midst of all the chaos, and he long held the conviction that to our misfortune, from the start of the revolution, only Lenin and his friends knew what they wanted and followed their goals with admirable tenacity and wild energy”.