The British and the Northern Russia Expedition 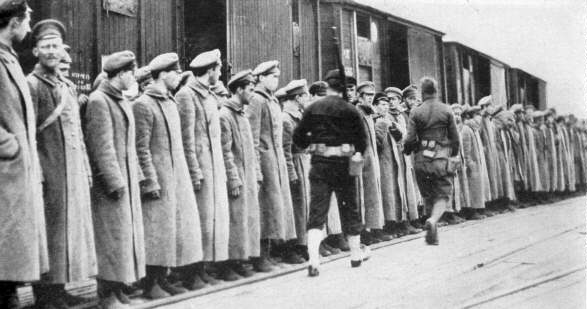 The civil war broke out in Russia shortly before the assassination of the Romanov family. However, it only escalated after the October Revolution with the Whites challenging the Bolshevik seizure of power. It also saw the involvement of foreign British, French, American and Czech troops which lent the Whites a helping hand.

Foreign involvement drew Lenin’s ire: “Comrades, red soldiers! The capitalists of England, America and France wage war against Russia. They take their revenge on the Soviet Republic of Workers and Peasants, because it overthrew the power of landowners and capitalists, thus setting an example to all the peoples of the world.

In Russia there were over 40.000 British soldiers, who were already worn out by the war and weary of the unfriendly climate. One of the divisions that had been declared unsuited for fighting in France, was sent to Russia and managed to block the ports of Arkhangelsk and Murmansk, depriving the Bolsheviks of supplies.

Although they had been there for months, the British had long periods of inactivity, and most of the time they had to live among ordinary Russians. British sailor Tom Spurgeon noted in his 1918 diary: “When I was there, I met a Russian officer who spoke English better than I did. One day, we were walking together, discussing, as we always did, about the Western way of life. Without realizing it, we arrived at a park, where there were several soldiers and dissidents, including women and children.

When they saw us approaching, the civilians lined up. Then, as if nothing had happened, the officer I was talking to walked over to them and shot them, one by one, in the back. Then he doubled back, and if anyone was still breathing, he shot them in the head.

For him, it was like having breakfast. There were women and young children there, but he didn’t seem troubled at all. I distinctly remember some of the bodies fluttering in the ground. I’ll never forget it. The memory haunts me even now”.