The campaign of the Romanian Army in 1919 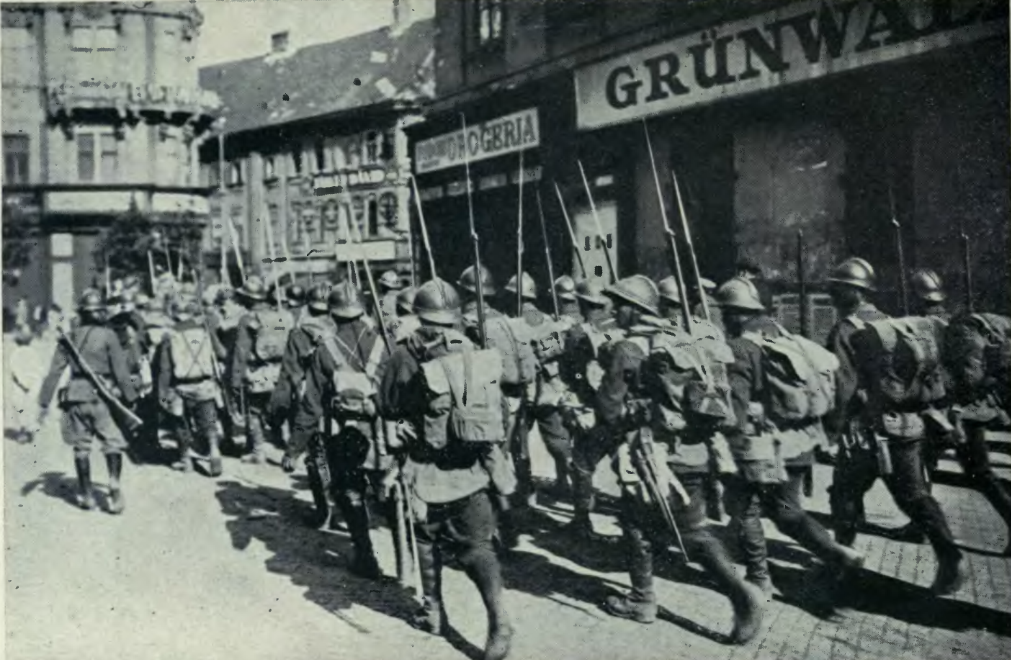 The proclamation of the Republic of Councils in Hungary on March 21, 1919, and the enthusiasm it had shown towards Lenin’s new order worried the Allied Powers. In a Europe suffering after four years of devastating conflict, Bolshevism was regarded as a real threat for the old continent.

When negotiations broke down between the Allies and the government of Bela Kun, the Hungarian army violently attacked the Romanian troops in the Apuseni Mountains on the night of April 15-16 1919, an action almost immediately followed by the Romanian army’s counteroffensive. Facing the approximately 60.000 Hungarian soldiers, were six Romanian infantry divisions and three cavalry brigades, totalling about 64.000 soldiers. In just five days of operations, the Romanian army took control of the major centres Satu Mare- Carei- Oradea- Salonta. The frontline stretched north to the river Tisa, and in the south to the river Mureș.

Intelligence showed that after occupying the alignment that was agreed upon at the Paris Peace Conference, the enemy had concentrated its forces north of Debrecen. As a consequence, the General Headquarters intervened with the Allied Command of the Orient to approve the advance of Romanian troops to the Tisa river. When the Romanian troops reached this alignment by May 1, the Hungarian High Command had already planned a large-scale offensive over the Tisa with three assault groups and considered a possible junction with the Bolshevik troops in Ukraine.

The offensive of the Hungarian army began on July 20, 1919, with a strong artillery preparation, followed by the main attack in the direction of Szolnok, in the centre, with another two secondary attacks in the flanks. Under the strong pressure of the enemy, the Romanian troops withdrew, with two Hungarian regiments succeeding in crossing the Tisa and establishing a bridgehead. The Great General Headquarters decided to begin the offensive at the same time by forcing the Tisa and breaking the enemy defence on the right bank of the river and advancing in the Szolnok- Budapest direction. Beginning with July 27, 1919, the first Romanian troops crossed the Tisa and established bridgeheads. The Romanian army engaged in offensive operations 119 battalions, 6 squadrons, 98 artillery batteries, with a total of about 120.000 men. Until August 2, 1919, the defence of the Hungarian forces was disorganized, so most of the Romanian divisions were to the west of the Tisa line. The Hungarian 1st Corps was taken out of combat, and its commanders had surrendered.

On August 3, Romanian troops successfully brought the offensive towards the capital of Hungary, so the first squadrons of the 3rd Roșiori Brigade, led by Colonel Gheorghe Rusescu, entered Budapest without a fight. The next day, the troops of the 1st Vânători Division entered Budapest, which on August 18 honoured the commander of the Romanian troops from Transylvania, general Gheorghe Mărdărescu, on the Andrassy Boulevard. In the parade there were also troops from the 4th Vânători Regiment, the 23rd Artillery Regiment and the 6th Roșiori Regiment. Colonel Rusescu’s initiative was not to the liking of General Mărdărescu. He took disciplinary action against the officer who dared to ruin the aura of his total victory. 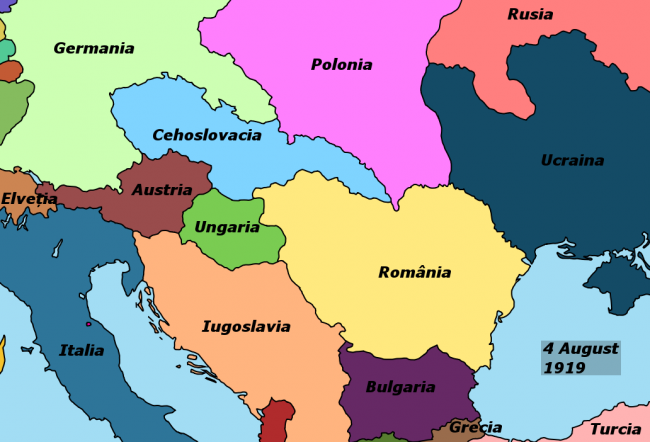 The offensive proved that the Romanian army had managed to develop outstanding combat capabilities. Operational conception, logistics, and combined arms cooperation worked very well, aided by the excellent morale of the troops due to the general European context, to which were added the contributions of some Romanian officers from the former Austro-Hungarian army, who impressed with their professionalism and heroism. They will eventually occupy important functions in the interwar period and during the Second World War. The actions of the Romanian Army in 1919 supported the decisions taken by the Great National Assembly in Alba Iulia on December 1, 1918, and proved, if it was still necessary, the essential role of the army in building the Romanian unitary national state.