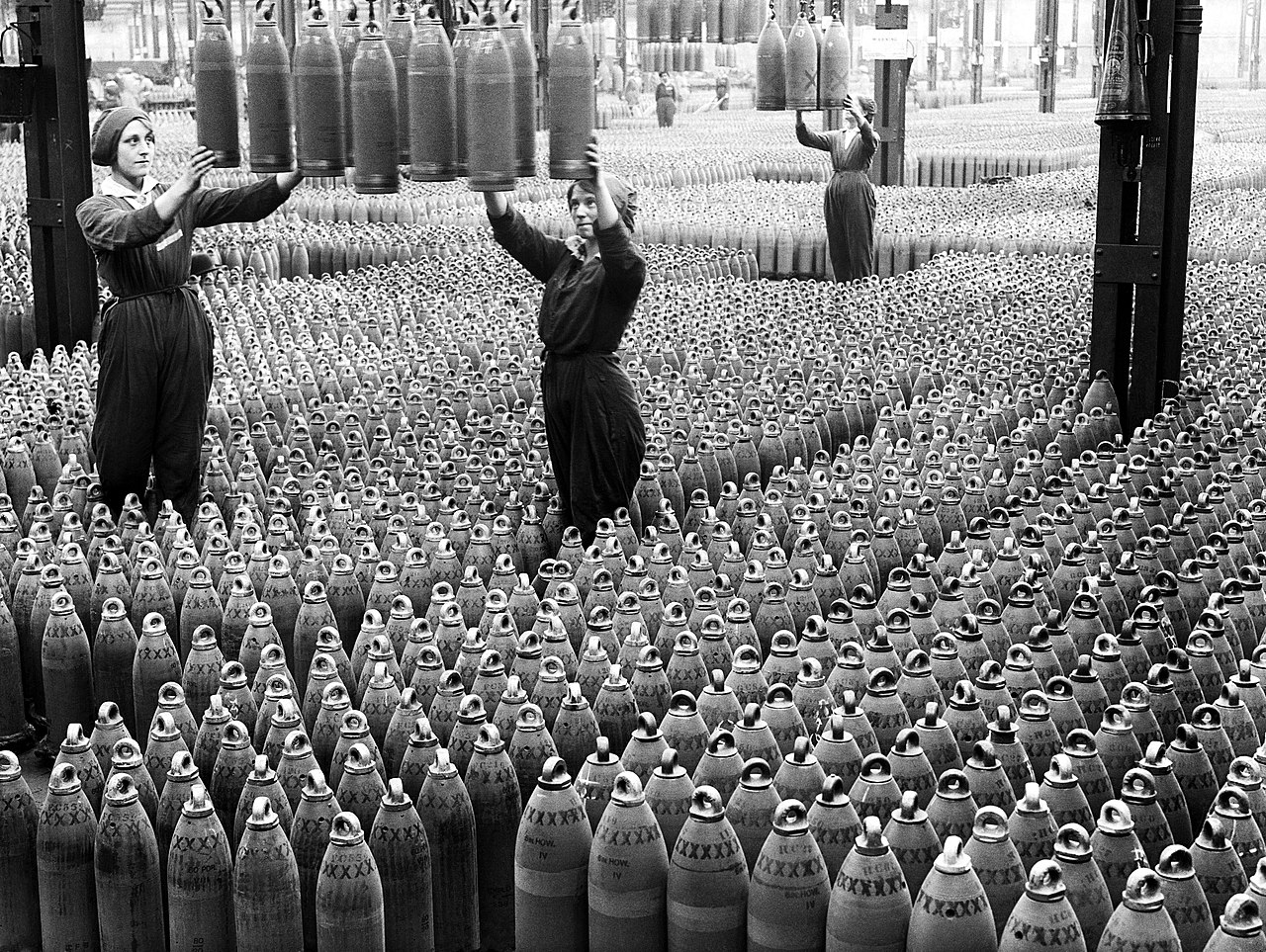 With so many of their husbands off to war, a lot of women had to put on their overalls and work boots and take their men’s place on the factory floor, producing munitions for the United Kingdom. These women came to be known as the “Canary Girls” as they worked with highly toxic substances that in time turned their skin yellow.

The “Canary Girls” were the ones who made almost all Trinitrotoluene bombs, or TNT, during the First World War. Until then, many of them were simple housewives, at best working as cooks, nannies or housemaids. So, as more and more men were enlisted for war, the demand for munitions grew bigger. Women were then asked to start working in the factories, only to be paid next to nothing for their labour. Women received less than half as men for the same work, even though they were responsible for over 80% of the weaponry used by the English during the war.

Women working in factories became known as “munitionettes” as they handled dangerous explosive materials on a daily basis. They were responsible for a wide variety of tasks, but were also exposed to horrible working conditions. They oversaw every step in the manufacturing process and although many were doing well, accidents were not uncommon as they were working with flammable and explosive materials. Factory buildings in themselves posed a risk to the health and safety of workers. They had to wear an identification tag, so their bodies could be recognized in case of fire. On hiring, women were forced to sign the “Official Secrets Act”, instructing them not to talk about their work outside the factory and to stop wearing hair pins or matches or other things that could have triggered a fire.

TNT was so poisonous that the hair and skin of women working with it turned yellow. Other toxic substances used in munition manufacturing process turned their hair green and could even cause hair loss. Women also had problems with migraines and fertility. The negative effects did not stop there, women experienced chest pains, weakened immune system, queasiness, anaemia, just to name some. Even after the war, women still gave birth to children with yellow skin, but the doctors assured them that it would pass over time.

When the First World War ended, many of these women found themselves out of work. By 1919, nearly 600.000 women in the United Kingdom returned to their former domestic life.

During the war, on average, two women died per week. Their involvement in the war was rewarded by receiving the right to vote and by numerous commemorative plaques honouring the memory of the 250 women who lost their lives in munition plants.