The Central Powers, not so surprised by Romania’s entry into the war 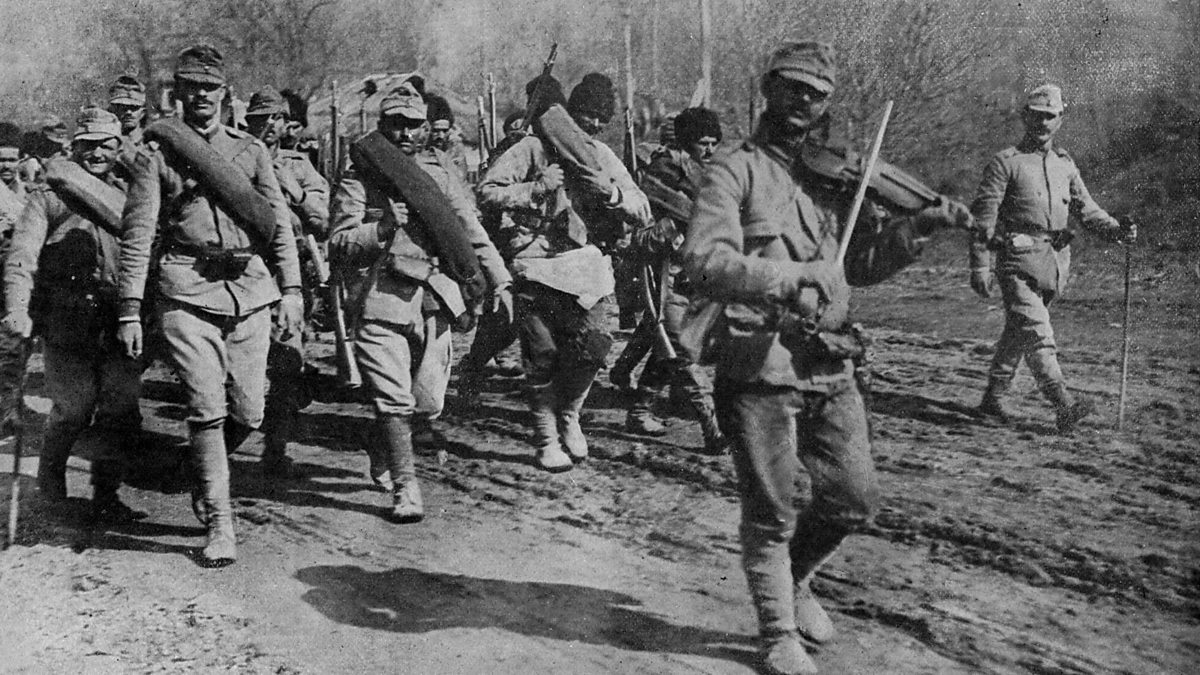 The news that Romania declared war on Austria-Hungary produced a shock wave not only in Vienna, but also in Berlin. Emperor Wilhelm II had a nervous breakdown and declared that the war was lost to Germany. However, the leadership of the German and Austro-Hungarian military was prepared for this eventuality and it will cost Romania dearly.

On August 11, Colonel Hans von Hammerstein reported to Berlin: “The Romanian army is on a war footing grouping two-thirds of its offensive operational units against Transylvania and a third against Bulgaria. In the current rhythm, it may be ready to attack Transylvania by the end of August”. Nevertheless, Emperor Wilhelm II considered, based on reports sent by the German ambassador to Bucharest, Baron Hilmar von dem Bussche, that even though the Romanian Prime Minister Ionel Brătianu made overtures to enter the war on the side of the Entente, King Ferdinand of the house of Hohenzollern, would in the end oppose him. The main argument in this respect was the ethnic and familial ties of the Romanian King with his relatives in Germany, which he thought prevailed over Romania’s overarching desire to unite with Transylvania.

In fact, the German head of state, Erich von Falkenhayn, would declare in mid-August that he “sees no imminent danger” on the part of Romania. Later, he would say, “I thought that Romania’s entry into the war, if it were to happen this year, had to take place after the harvest, that is, towards the end of September”. But he would pay for misinterpreting Romania’s intentions. He was dismissed and replaced by Field Marshal Paul von Hindenburg and General Erich Ludendorff.

Even though he was wrong about the date of Romania’s entrance into the war, Falkenhayn did not ignore the possibility, as he took a series of measures that, in the end, proved their worth. Thus, in June 1916, he asked the Bulgarians to strengthen their Third Army, which was on the southern border of Romania. Franz Conrad von Hötzendorf, the head of the Austro-Hungarian High Command, was also aware that Romania’s military intervention in the conflict was only a matter of time. On July 18, he visited Falkenhayn and proposed that, as soon as Romania declares war on the Central Powers, Bulgarian and German soldiers ought to cross the Danube with the help of an Austrian pontoon unit and quickly attack Bucharest. On July 29, von Hotzendorf and Falkenhayn met with the commander-in-chief of the Bulgarian army, General Nikola Zhekov and on August 3 all three met in Budapest with Enver Pasha, who promised to send Turkish troops to a possible campaign against Romania.

Thus, as a result of these meetings, a war plan began to take shape. It included three phases: first, a drawn-out resistance in Transylvania, which would bog down the Romanian army, aware that at this stage they would not be able to stop and contain the Romanian advance. The few Austro-Hungarian forces in Transylvania could not resist the Romanian army, but they could slow it down. The second measure consisted of a rapid offensive on the southern border of Romania undertaken by the Third Bulgarian Army, reinforced by German and Turkish troops. The third stage involved crossing the Danube towards Bucharest. Both Austria-Hungary and Germany did not send additional troops to Transylvania until Romania declared war. Neither one could afford sending additional troops from other fronts to pre-empt a Romanian attack.

Romania attacked from the south

The strategy to attack Romania from the south by the Bulgarian, German and Turkish troops was put into practice by the German Field Marshal August von Mackensen, at Falkenhayn’s suggestion, and consisted of two stages. The first stage was an attack by the Bulgarian-German forces against the Allied army in Thessaloniki headed by the French general Sarrail to lock it in place. The second stage involved the rapid transfer of German and Bulgarian units from the front to the southern border of Romania and a direct attack on Dobruja. The crossing of the Danube and an attack on Bucharest was deemed unrealistic at that moment due to insufficient forces at their disposal.