The Christmas of 1916: “A new Dante could have described another inferno” 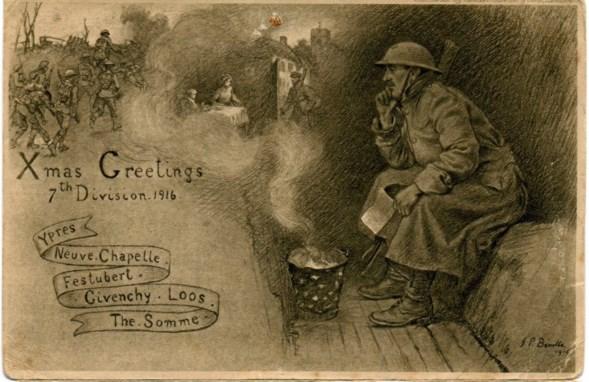 Radu R. Rosetti had a meritorious activity as Chief of Operations Bureau of the General Headquarters of the Romanian Army, as a General Staff Officer and then Commander of the 47/72 Infantry Regiment. He is injured during the fighting at Răzoare (August 6, 1917), and for his heroic deeds he is decorated by royal decree with the highest military distinction, the Order of Michael the Brave, Third Class. He arrived in Iași, the capital of Moldavia, with what remained of the retreating Romanian army and found there a real inferno. Refugees were wandering the streets of the city looking for a place to stay and for a loaf of bread. In the meantime, typhus decimated both refugees and soldiers alike.

“It’s Christmas. I close my eyes, and in the drowsing warmth of the good at home, I think of the past: «Nessun magior dolore che ricordarsi del tempo felice nella miseria». It’s only three years since then […]. Wandering the roads of Moldavia, in the dirt of a hotel jeered at by the Russians- yet thankful that I had this shelter, while others long in the evacuee’s trains which are stuck the railway stations- huddled in the corner of the bed with three blankets on my back- as there isn’t any firewood- I remembered the surrounding reality, and I was shocked.

Horrible. After the shame at Turtucaia, the tomb of Muntenia, the baleful silence on the Siret valley, without any news from our people, it seemed as if everyone had died. That winter was not like any other winter, cold enough to crack stones, with snowdrifts as high as mountains, with terrible snowstorms.

In the retreat, the soldiers- until the huge reorganization- were scattered every which way, to recover; the disabled, often crawling in crutches, full of blood, only in their gowns and slippers, the way they left the hospitals, walking hundreds of kilometres on foot, with muted groans of pain, with hatred in their eyes.

The roads, like the paintings of Napoleon’s disaster near Moscow: a raving mother next to the child’s body, who cannot bury his body with her nails, a carcass torn by dogs, a skull picked apart by crows; horses that are unable to pull forward, waiting to starve by a crashed caisson, fugitives wrapped in clothing, marching columns, ensnared by airplane bombing […]. Oh, not even in Iași was better. From trains arriving at the station, there were passengers who were thrown directly into the mortuary store, where dozens of bodies were already waiting; those who went horrified in the city, had no place to clean their lice, the hotels were full, all the houses were full with refugees, the charity service was not yet well organized, and besides the chaos there was also ill will […].

«A new Dante could have described another inferno»

Disillusioned, people are sitting at street corners day and night, with broken faces, leaning on their things, with their feet frozen and cheeks in the wind, as the trucks pass, always passing loaded with people dead of typhus, thrown naked one over the other in the sight of all, macabre embarrassment of human flesh. If it only were possible- at least for the poor refugees- to recover their strength a little with a little bit of food. But, no- there isn’t any bread, nor meat; restaurants are all closed; in open ones, happy are they who get a dish of beans […].

If they could at least get warm, but no: the rich freeze together with the poor; a friend, to feed his family, cuts the stairs to the attic and makes a fire in the kitchen.

A new Dante could have described another inferno.

Water is no longer running, electricity is no longer working, there are no candles; the shops pulled their shutters in the absence of goods or fearing the ordinances indicating maximum prices […].

Sinister news started flowing from everywhere […]. Those who can, go to Russia […]. These and more, I saw them with my own eyes on that Christmas morning, in the back of a gloomy hotel room, and everyone around me spent the same sad Christmas.

Still, I have yet to lose faith. Just as the Christian myth, just like the mages going to Bethlem, alone at one point, but with their eyes on the sky, we watched the bright star, and it led us to success.”