The collapse of the Russian army on the Romanian Front 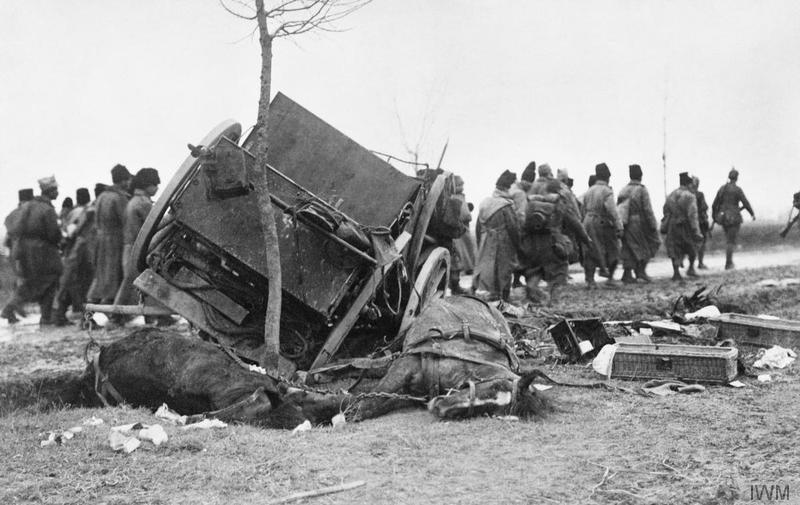 After the great battles of Mărăști, Mărășești and Oituz in the summer of 1917 on the Romanian Front, the situation would calm down, but only for a short while. The big problem was the social and political upheavals that troubled Russia more and more. The Russian army was also starting to unravel.

In the spring and summer of 1917, the Russian army was getting increasingly demoralized by Bolshevik ideals. Many soldiers refused to fight, disobedience and desertions became constant practices. The figures are telling: between March and May 1917, between 400.000-700.000 soldiers from the garrisons behind the front disappeared in the vastness of Russia.

On the Romanian Front, after the fighting in Mărăști, Mărăşeşti and Oituz, the Russian armies had 59 infantry divisions and 8 cavalry divisions, but many of them weren’t at full strength and discipline was undermined by Bolshevik revolutionaries. It was precisely because of the poor status of the Russian army that a request of the Entente for a Russian-Romanian attack to help the Italians at a difficult time at Caparetto was ignored.

The state of the Russian divisions was worrying, as they were not capable of any large-scale offensive actions and their defensive lines were increasingly disorganized. The Russian reservists who arrived at the front, especially the young officers, brought with them more and more radical ideas. The increasing Bolshevik influence, pacifism, and increasingly disrespectful behaviour towards the superiors were all the more common.

On October 25, the Bolshevik revolution began. On October 26, the new authorities issued two decrees: “The Decree on Peace” and “The Decree on Land”. This was the moment in which not only the Russian army and the empire collapsed, but also the Eastern Front.

The Brest-Litovsk armistice, concluded on November 22/ December 5, 1917, would also seal the fate of the Romanian Front. Just one day before, on December 4, General Shcherbachev, the commander of the Russian forces on the Romanian Front, asked Mackensen and Archduke Joseph for a meeting in Focșani to discuss an armistice. On the day of the signing of the Brest-Litovsk armistice, Shcherbachev communicated to King Ferdinand of Romania and to Prime Minister Ion I.C. Brătianu of his decision to conclude an armistice. Shcherbachev’s decision was taken without prior consultation with the Romanian allies.

The Romanian army was facing a grave situation. The Romanian troops had to cover the entire front line, from Bukovina all the way to the south, with 13 infantry divisions and 4 cavalry divisions, as the disorganized Russian army was leaving its positions. The territory behind the front was divided into eight areas under the jurisdiction of a division. For the Russian armies the armistice became the catalyst for the application of the revolutionary creed of peace and demobilization.

Austrian members of Parliament who visited the headquarters of the 48th Infantry Division were greeted by hundreds of Russian soldiers with music, picked them up from the car and took them into a room where they were treated as true messengers of peace. The guests learned that, just days earlier, the officers had been arrested and replaced by young revolutionaries. This practice became commonplace, General Ragoza, the commander of the 4th Army, being replaced in a similar way.

Even the commander of the Russian troops in Romania, General Shcherbachev, was the target of a Bolshevik plot, thwarted by the Romanian army who used force against the Bolsheviks in Socola (near Iași) and other parts of Moldavia.

Under these conditions, Romania was also obliged to participate in the negotiations in Focșani. Although the Russian and Romanian delegations acted in consensus and were determined not to recognize Lenin’s government and not to accept the unfavourable conditions of the ceasefire imposed by the Central Powers on the Bolsheviks in Brest-Litovsk, the general situation on the front called for an armistice. The final form of the Focșani armistice was signed on November 26/ December 9, 1918.