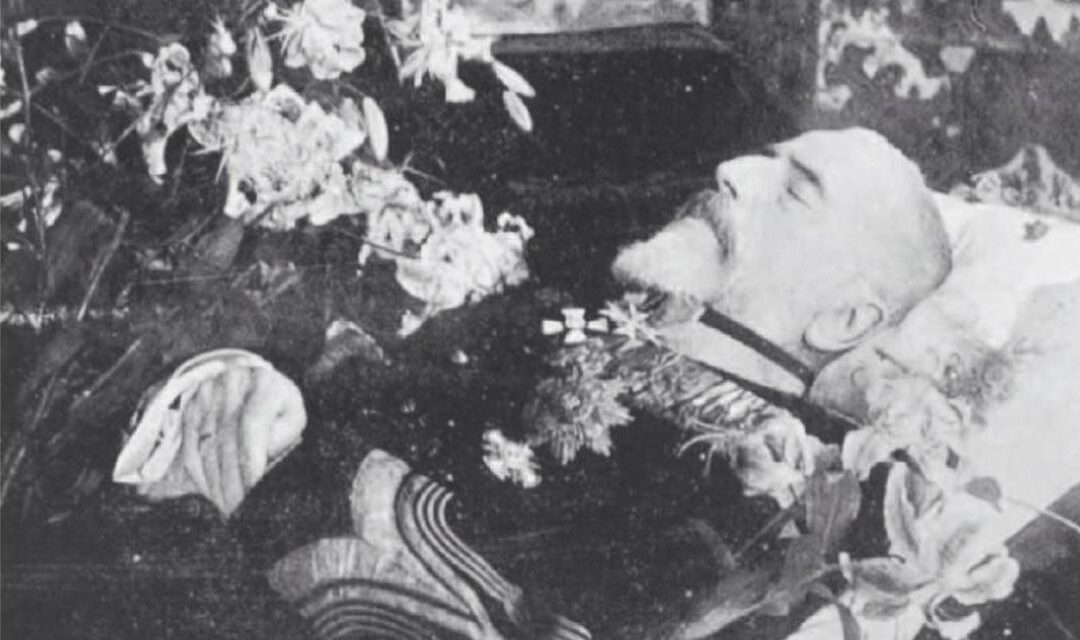 When the First World War started, Romania had been a member of the Triple Alliance since 1883. However, just one month before the start of the conflict, King Carol I of Romania warned his allies in Berlin and Vienna that it would be impossible for him to mobilize the army and to go up against Russia because “the issue of the Romanians in Transylvania has stirred a wave of hostile feelings against Hungary from the Romanian population”.

Romania initially joined the Triple Alliance because of the threat posed by the Russian Empire. Romania gained its independence after participating as an ally of Russia in the war against the Ottoman Empire of 1877-1878. When it ended, the Russian Empire turned on Romania and forced it to relinquish Southern Bessarabia in exchange for Dobruja. Nonetheless, the country gained its independence and was proclaimed a kingdom in 1881, but sought an alliance to secure its borders against the great neighbour to its east. Two years later, Romania joined the Triple Alliance (Germany, Austria-Hungary, Italy). The alliance was renewed several times, the last time being in 1913, but it was not brought to the attention of the Romanian people because of their overwhelming pro-French sentiment, but also due to the way in which Hungarians were treating the three million Romanians in Transylvania.

Will Romania enter the war?

The Crown Council, convened on August 3, 1914 by King Carol I of Romania met to decide on the position that the country will adopt regarding the conflict. The Council was held at the King’s summer residence in Sinaia and among the participants were members of the Government, experienced politicians, leaders of parliamentary parties, etc. From the start, King Carol I was decidedly against neutrality and wanted to enter the war on the side of the Central Powers, on the basis of the provisions stipulated in the agreement. He was supported by one of his biggest opponents, Petre. P. Carp. Prime Minister Ionel Brătianu argued in favor for neutrality and was supported by politicians close to the Entente, including Take Ionescu, who claimed that the treaty required Romania’s entry into war only if the Central Powers were attacked, but this was not the case, as Germany and Austria-Hungary attacked Serbia first. The fact that Italy also declared its neutrality, although it was bound to the Central Powers through a treaty similar to that of Romania, weighed a lot in the adoption of the final decision of neutrality. King Carol I accepted the Council’s decision, although he was visibly affected by the fact that Romania would not enter the war alongside his native country of Germany.

It’s important to see how Romania’s decision was perceived by the Central Powers. One of the most relevant testimonies was left by Wilhelm Muehlon (German jurist and diplomat, deputy director of the Krupp factories, appointed in 1915 as the Special Commissioner of the Reich administration for the Balkan states) in his diary published under the title “Die Verheerung Europas” [The desolation of Europe]:

I’ve talked to a few Romanians. They’ve said to me that one cannot count on Romania’s intervention on the side of Austria-Hungary. For what was worth, King Carol I tried to force this, so that Romania could participate from the onset, but found no government willing to support such a policy. The country’s mood is entirely on the French side, not even the Russians are detested like they once were. In all strata of society, a real hatred against the Hungarians is simmering. The eyes of the Romanians are not directed towards Bessarabia, but towards Transylvania. […] They are afraid, however, to become embroiled with Russia too much. Not siding with anybody is a policy that can be enforced in Romania, but the whole country will rise against those who would want to be on the side of Austria-Hungary. The rapprochement with Germany is only possible if there had been a different Austria and a different Hungary to deal with. In this respect, it is certain that the Dual Monarchy will now no longer make any more important concessions. Romania would more likely wait than to choose sides, because that would mean to expose itself to the invasion of enemy troops and to move a large part of the war theatre on the territory of Romania. A great impression on Romania was made by the attitude of Italy. From everything I have heard on this occasion, it can be quite certain that one can count on Romania’s neutrality for a long time. It will take some time until it decides which side to join if it ever does so. [Romanians] will calmly watch a possible war against Russia started by Turkey, especially if the war will take place in Asia. I would like to believe that Romania will remain unperturbed even when Bulgaria will go up against Serbia, although it is unclear what manner of decisions will be made when the disturbances in the entire Balkan Peninsula will resume. With the Austrians with whom we talked, Romania’s attitude is perfectly explicable: Austria-Hungary committed many political mistakes, to the Romanians included. For which only the Hungarians are to blame. They are speaking ill of Hungary”.

Sick and disheartened by the turn of the events, Carol I would die on October 10, 1914. His 49-year-old nephew, Ferdinand, would become the new King of Romania.

The death of King Carol I of Romania

The same Wilhelm Muehlon wrote about the death of King Carol I of Romania:

The death of the old king of Romania did not bring any visible change in the attitude of this country. The deeds of his nephew, the new king, are yet to come. His wife is considered a friend of the enemies of Germany. A Romanian who has talked to me these days showed that he did not value the dynasty’s sympathies, and said that the Romanians will tell the monarch what sympathies he must have. That’s is my impression as well. Even the old king had to be more and more careful about what tone his country adopted, and it was less he who gave the tone. To the one who has no understanding for the desires of Romanians outside of Romania, Romania will be, at best, an unwilling friend or an enemy lying in wait”.