The difficulties of the Romanian economy during the period of neutrality 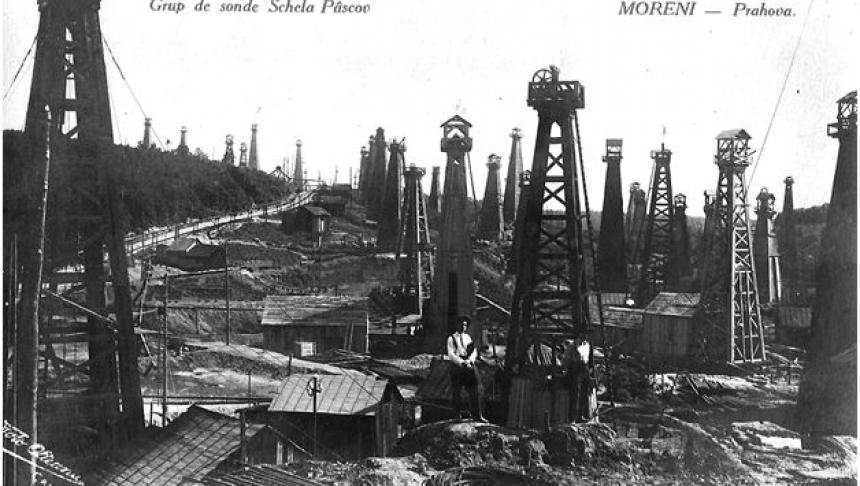 Romania’s war preparations had a direct impact on the country’s economy during its period of neutrality (1914-1916). Significant portions of the workforce were conscripted, which affected agricultural production. The disruption of trade links with Western Europe as a result of the closure of the Bosporus and Dardanelles was another major hit to the economy.

The lack of labour was mostly felt in agriculture, the economic sector in which most Romanians worked at the beginning of the 20th century. In 1915, the agricultural area decreased by 171.345 hectares over the previous year, and of all cereal crops, only wheat production had grown significantly compared to 1914.

With the start of the war, the Romanian Government banned the export of cereals, with the exception of maize, to increase its internal reserves. The ban was lifted in the summer of 1915, with the rise in cereal prices on international markets bringing in significant profits for Romanian exporters. However, the people suffered, with massive exports leading to shortages and price increases on the domestic market, and as a result, in October 1915, the “Central Commission for the Sale and Export of Cereals and Derivatives” was established. With the aim of supervising the cereal trade, the Commission inventoried the available quantity of cereals and regulated maximum domestic sales prices as well as minimum prices and export sales conditions.

In the first years of the war, oil revenue had a significant contribution to Romania’s economy. Official statistics state that between 1914-1915, more than half of the quantity of oil exported by Romania was sold to the Central Powers, especially to Germany.

Given that most of Romania’s economic potential was used to strengthen the country’s defensive capacity, the population had to endure privations during the entire period of neutrality. In addition to the increase in food prices, there was a shortage of industrial products, as most of the industrial production was directed to serve the interests of the army. In addition, a number of industrial sectors significantly reduced their activity, due to the lack of raw materials that prior to the outbreak of the war had to be imported.

The end result was an increase in unemployment during this period, especially in the industrial fields that did not work for the army. The reduction in exports also affected port workers. Their situation in 1915 was described by economist Victor Slăvescu, future finance minister of Romania between 1934-1935: “The workers in the transport industry, especially the labourers and dock workers, have deeply felt the lack of work because the activity in our ports on the Danube and the Black Sea was considerably reduced”.

In order to support the families of those enlisted, a law from January 2, 1915 established monthly allowances. The law provided that the state would grant a monthly allowance of 15 lei for rural families, or 20 lei for those in the urban area. The allowance was granted from the first day of mobilization to 15 days after peace was to be declared.

The rural population was also affected by the war preparations. The enlistment of hundreds of thousands of young peasants left villages without their main workforce, contributing to the ruin of many peasant farms. Those who were not enlisted were eventually forced by a law passed in December 1914 to work the land of those who were recruited if it was five hectares or smaller.