The division of Banat, the apple of discord between Serbia and Romania﻿ (first part) 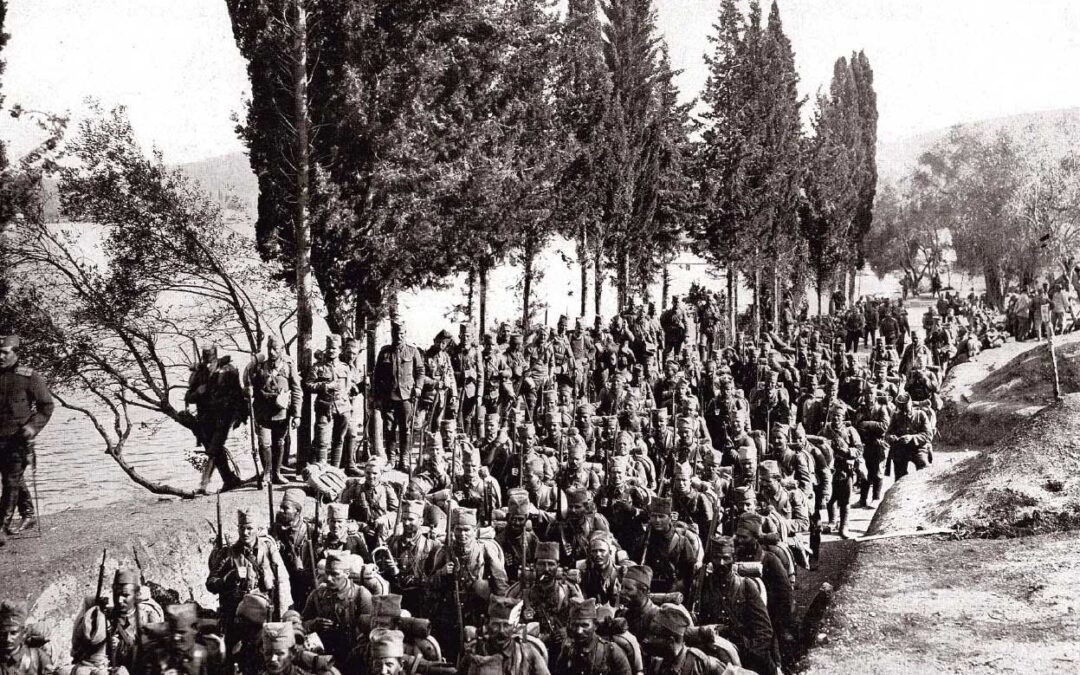 When referring to the end of the First world War in Eastern Europe, the words of US Secretary of State Robert Lansing are particularly relevant: “all the races of Central Europe and the Balkans in fact are actually fighting or are about to fight with one other. The Great War seems to have split up into a lot of little wars”. (1)

The capitulation of Bulgaria on September 29, 1918 was the first step in a series of major changes to be made in the region in the coming years. On November 4, Austria-Hungary ended its participation in the war. The event was followed by a Hungarian revolution of sorts in Budapest aimed at establishing a Hungarian state. Power was taken over by a coalition government headed by Mihaly Karoly, a moderate. On November 13, 1918, the new Hungarian state signed a new treaty with the Entente in Belgrade, whereby the Serbian army had a temporary mandate to enter Banat with the task of maintaining order and overseeing the application of the treaty’s provisions by Hungary.

However, the civil administration of Banat remained under Hungarian control, with Otto Roth leading it, the same one that at the end of October had proclaimed the creation of the Banat Autonomous Republic trying to prevent the division of Banat on Wilsonian principles between Serbia and Romania.

Banat was a multi-ethnic territory. Besides Romanians, the region was inhabited to a large extent by Serbs, Swabians (Catholic Germans brought to the region in the eighteenth century), Hungarians, Jews, Slovaks, Croats. The majority population was Romanian, but it was a relative majority (mainly in the central and western regions), followed by Serbians (in the eastern region).

However, the region was racked by a series of political and economic problems. The political problems were represented by the three directions concerning the fate of Banat after the war. Roth’s autonomists supported the idea of a Banat Republic within Hungary or even a multi-ethnic buffer state between Hungary and Romania. The Serbian side wanted the annexation of the entire Banat to the future Yugoslav state, while a part of the Romanian political class also wanted the annexation of the entire region to Romania.

The Serbian Prime Minister Nikola Pasić was claiming, even since 1914, that Serbia’s future border should include Orșova, Timișoara with the territories up to the Mureş River, while Romania got to keep Lipova, Lugoj and Arad.(2)

Serbian claims were met by the intransigence of Ion I. C. Brătianu that was justifying the annexation of Banat up to the Tisza River, in accordance with the 1916 treaty with the Entente.

From the start autonomy was ruled out, as the Entente had promised the whole region to both Serbia and Romania. At the same time, at the Paris-Versailles peace conferences there were voices supporting the Serbian cause (Serbia had not signed a separate peace with the Central Powers) while other voices supported the Romanian cause (remarkable at this time was the interventions on behalf of Romania by General Berthelot). Complicating the matter was the fact that the region as a whole formed a tight knit economic unit.

Serbian-Romanian relations before and after the First World War fluctuated between the myth of good understanding and confrontations generally related to national and religious themes. The situation in 1919 is a good example of that. The relationship between the Romanians and Serbs had been on edge ever since a church conflict starting in the 18th century. The Habsburg Empire had placed Romanians in the region under the authority of Serb Orthodox hierarchs. The tense situation exploded for the first time in 1848, when the Serbian desire to create a polity within the empire with its capital in Timișoara was met by Romanian opposition. Particularly important was the decision of Eftimie Murgu, who proclaimed a Romanian captaincy in Banat, at Lugoj, on the Liberty Plain.(3)

Magyarization policies that preceded the instauration of the Austro-Hungarian monarchy brought Serbs and Romanians into a situation of joint co-operation against the Magyarization policies. One such important document was drafted in June 1866. Titled “Joint Project for the Regulation and the Ensuring of Nationalities and Languages ​​in Hungary”, it was drafted by two Romanian and two Serbian personalities: Vincenţiu Babeş, Iosif Hodoşiu, Svezozar Miletić and Manoilo Manoilovic. Certain rights were demanded: equality on the same level with other nations and recognition of national languages. (4)

The same solidarity among the four are also found in attempts by the Hungarian authorities to dismiss Svetozar Miletić as mayor of the city of Novi Sad. The establishment of a Romanian National Party in Banat and Hungary in Timișoara on February 7, 1869 took place at a conference attended by numerous Serb delegates.

However, good relations between Serbs and Romanians intensified at the state level once both states gained independence in the second half of the 19th century. This can be argued by the support that was given to the Serbian anti-Ottoman revolutionaries by Cuza, the Romanian ruling prince. We can also observe events and official statements, such as when Bogdan Petriceicu-Haşdeu was elected an honorary member of the Serbian Society of Science. The proclamation of Serbia’s independence alongside that of Romania in 1878 was followed by a message from Prince Milan Obrenović to Carol I, which stated: “The common goal of the struggle in which our two peoples have bravely engaged, has only strengthened our friendship and interests”. The Romanian 6th Regiment was awarded with the Serbian “Military Bravery” medal, while 20 Serbian officers were decorated by Carol with the Order of the Star of Romania. (5)

Concerning the war, the occupation of Serbia by the Central Powers in January 1916 was followed by the withdrawal of the Serbian army to the island of Corfu. Some Serbs in the Austro-Hungarian army deserted and succeeded in joining the forces of the Entente, including a Serb division that fought against German-Bulgarian troops in Dobruja.