The division of Banat, the apple of discord between Serbia and Romania (part 2) 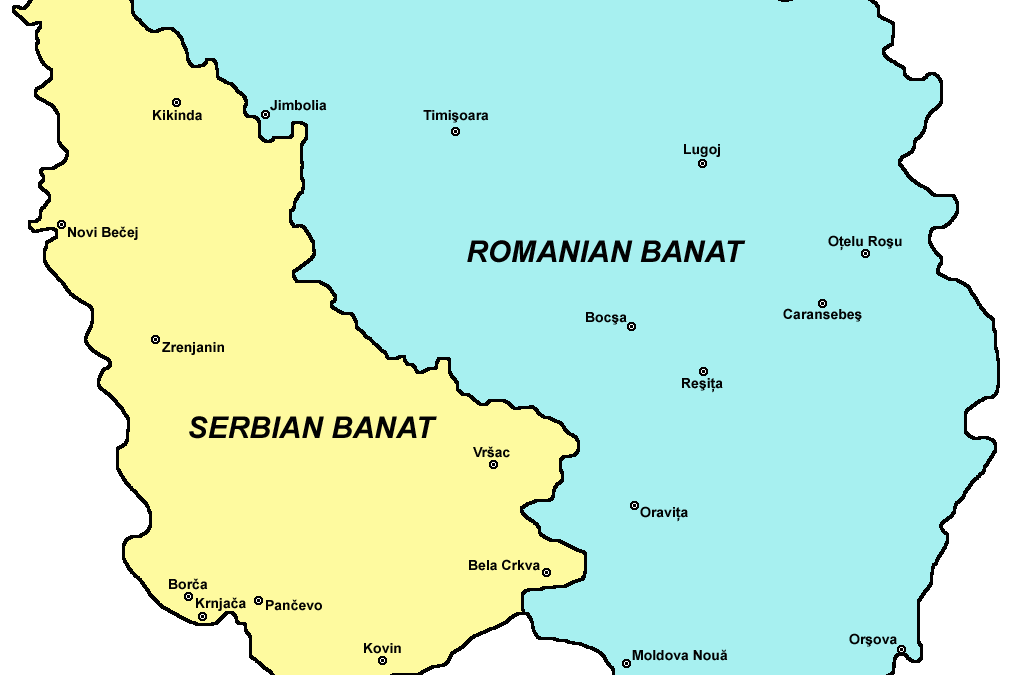 When referring to the end of the First world War in Eastern Europe, the words of US Secretary of State Robert Lansing are particularly relevant: “all the races of Central Europe and the Balkans in fact are actually fighting or are about to fight with one other. The Great War seems to have split up into a lot of little wars”.(1)

The end of the war brought back into the limelight the simmering Romanian-Serbian tensions from the first half of the previous century. Thus, after Serbian troops occupied Timișoara on November 14, the civil guards and the Romanian national guards in Banat were abolished and replaced by Serbs. (2)

On November 25, in Novi Sad, the unification of the entire Banat with Serbia was proclaimed. Not only that, in order to stop the influx of Romanian attendees to the Great National Assembly in Alba Iulia, Serbian national guards were set up at the crossing point at Bounţari to prevent them from reaching the event. The future patriarch of Romania, Miron Cristea, was one of them. However, the intervention of some personalities such as the journalist Valeriu Branişte had managed to cause enough of a stir to secure the release of the 60 delegates. The Romanians in Banat also expressed their adherence to the decisions taken in Alba Iulia through rallies in Timișoara and Lugoj.

After the Alba Iulia assembly, Serb activities against the Romanian population intensified. Thus, many Romanians were deported to various regions in Serbia, with robberies often being committed on the civilian population. (3) The leader of the Romanian National Council in Banat, Aurel Cosma, was summoned by the head of the Serbian occupation army, and was told to cease his activities. It is worth mentioning that this institution, was semi-clandestine, being under the authority of the Central Romanian National Council in Arad.

The situation was somewhat tempered by the visit of General Berthelot to Banat in late 1918. He had asked the French government since November that all Serb troops should be sent to the West of the Tisza River and that the region should be occupied by French troops until the conclusion of the peace treaties. Initially, Serbian troops were ordered to withdraw to eastern Banat, being replaced by French troops in Caransebeș and Lugoj. (4)

However, the start of the Paris Peace Conference was the beginning of a new tense period. The Romanian delegation headed by Ion I.C. Brătianu included Romanian representatives from the provinces that united with the country in 1918: Alexandru Vaida-Voevod, Neagoe Flondor, Ioan Pelivan and Atanasie Popovici. The latter represented the Romanian minority in Timoc. On their way to Paris they stop in Belgrade, where a meeting takes place with the regent Alexander I. Brătianu tries to justify Romania’s rights over the entire Banat. At the same time, Prince Alexander I argued against the loss of a compact area in the western part of the country where more than 25.000 Serbians lived, and reiterated the danger of a border near Belgrade (Belgrade was near the border with Austria-Hungary, which represented a major disadvantage at the beginning of the war). He also confirms the existence of an agreement between Take Ionescu and Nikola Pasić that recognized Serbia’s rights to the western part of Banat. (5)

Take Ionescu had a series of meetings with Serbian Prime Minister Nikola Pasić in the summer of 1918, in which he admitted the possibility that Romania would renounce its claims on the entire Banat. (6)

When he arrived in Paris, Brătianu criticizes the abuses of the Serbian army against the Romanian population in Banat, at the same time trying to use Timoc, a region in Serbia inhabited mostly by Romanians as an exchange for western Banat, inhabited mostly by Serbs. On January 31, the conference called on both Romanians and Serbs to present their positions. Brătianu demanded the entire Banat for Romania, arguing its economic unity. Serbia limited its claims, attracting the sympathy of the English, French and Americans. The only ones that supported Romania’s position were the Italians, who lost the Dalmatian coast and feared having a strong Slav neighbouring state.

The division of the ​​Banat between Serbia and Romania, intensified the robberies taking place in the central and western regions. Until February 20, the provincial civilian administration remained a Hungarian one, after which a Serbian one was imposed. This was followed by riots of the Hungarian-German workers in the industrial centres such as Timișoara, Lugoj and Reșita. Neither did Otto Roth stop his actions to create an autonomous Banat based on socialist principles, in the vein of the Hungarian Soviet Republic. On February 21, Brătianu drew attention in Paris on Serbian abuse, which was also recognized by one Serbian commander, namely voivode Mišić.