The elections of June 1918: «The Marghiloman Parliament» 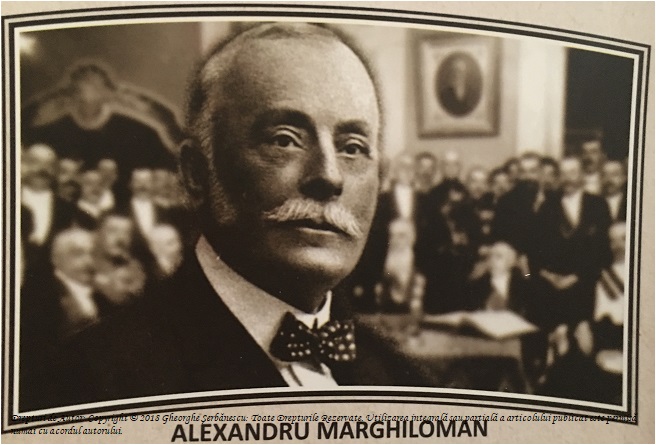 Following the toppling of the first Averescu cabinet (January 29-March 4, 1918), King Ferdinand I was forced to entrust the formation of a new executive to Alexandru Marghiloman, a conservative politician and avowed Pro-German, with the hope that he would be able to obtain from the Central Powers better peace terms. One of the measures taken by the Marghiloman government (March 5, 1918- October 23, 1918) was the organization of elections for the formation of a new parliament that would provide the adequate legislative framework for the ratification of the Treaty of Bucharest, concluded with the Central Powers on May 7, 1918.

Alexandru Marghiloman took over the Romanian government at a time when Germany launched a major offensive on the Western Front, achieving some important successes. Thus, Marghiloman was convinced that the Central Powers would win the war, and that his government would have the mission to rebuild Romania after the war was lost.

By organizing the elections after being entrusted with the government of the country, Marghiloman followed a pre-war tradition, according to which Parliament was the expression of the Government, not vice versa, because it was the king who entrusted the executive power, who consulted the electorate.

The elections were held between June 1-10, 1918 (19-29 May O.S.) and were organized in accordance with antebellum legislation, on electoral colleges and on party lists. The vote was categorically won by the Conservative Party, led by Marghiloman, who won 165 seats in the Assembly of Deputies and 108 in the Senate, despite the boycott orchestrated by the National Liberal Party and the Conservative Democratic Party.

General Alexandru Averescu, the former prime minister, had resigned from the army and established at the beginning of April 1918 his own political party, the People’s League. The People’s League did not participate in the elections, but Averescu did so in several constituencies, being elected in five of them. This was the first sign of Alexandru Averescu’s spectacular rise, soon becoming the most popular politician in the country.

In the „Marghiloman Parliament”, as it was called at the time, apart from Averescu, the opposition was also made up of several parliamentarians. Given that the German troops still occupied a good part of the country, the authority of the Parliament was almost non-existent. The new Parliament opened its first session on June 17, with a message from King Ferdinand. As was tradition, the message was drafted by the Government and outlined its objectives. The document justified the conclusion of peace with the Central Powers, this decision being considered essential to save the country, because the prolongation of “armed resistance would have brought about the depletion of its forces”.

The royal message stated that the peace treaty with the Central Powers was a priority, although this treaty required extremely heavy sacrifices. The peace treaty was ratified on June 28 by the Assembly of Deputies and on July 4 by the Senate. However, despite the mounting pressure, King Ferdinand refused to sign the treaty.

An unusual action of this Parliament, which provoked strong controversy at the time, was the suing of the Liberal Government led by Ion I. C. Brătianu. This government, in office from January 16, 1914 to February 9, 1918, was accused, among others, of inadequately preparing the army for war, violating the Constitution by allowing access to Russian troops on the territory of Romania, the burning of goods from public and private property, and surrendering the fleet to Russia. Many of these accusations were well founded, but this approach at the suggestion of the Germans had an obvious political connotation.