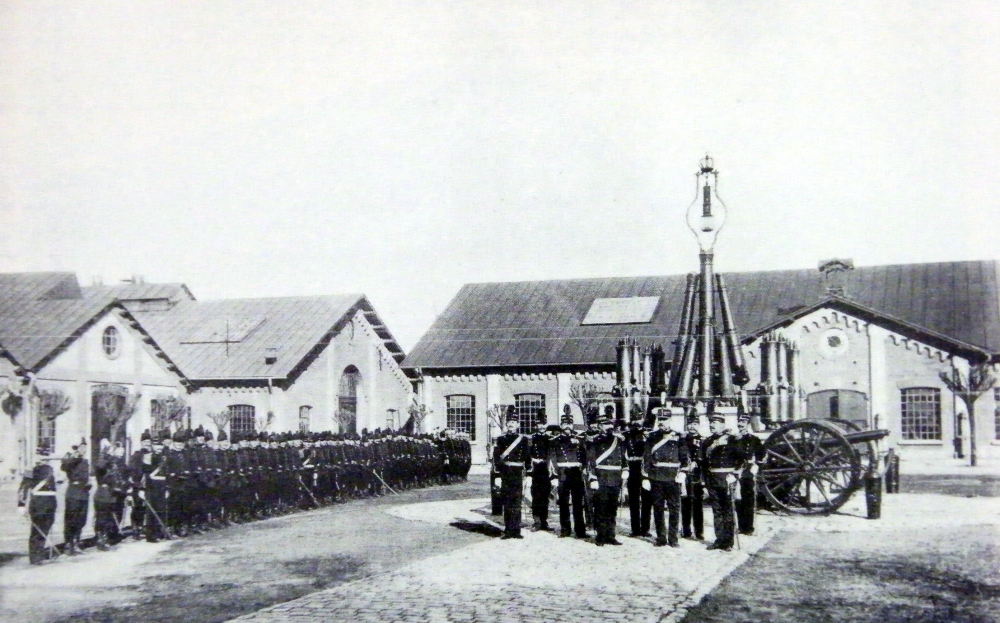 The outbreak of the Great War in the summer of 1914 found Romania with a predominantly agrarian economy. On the eve of the First World War, indigenous industrial production only met about one third of the goods needed for the domestic market. Industrial underdevelopment affected the endowment and modernization of the Romanian army during the period of neutrality (1914-1916), thus hampering the defensive capability of the country.

With the outbreak of the First World War, Romania proclaimed its neutrality after the Sinaia Crown Council on August 3, 1914. But it was obvious to the leaders in Bucharest that this situation could not be prolonged, as the interests of Romania, as well as of the foreign Great Powers will eventually force the country to enter the war. Consequently, after the outbreak of the war, the government of Bucharest made a considerable effort to endow and modernize the Romanian army.

The failure of the domestic industry to satisfy the army’s needs led the government to resort to contracts with foreign arms manufacturers. Between 1914-1915, several orders for modern weapons and munitions were made to Western European countries, but these orders were not honoured. When the war started, most of the weapons and munitions ordered by Romania from abroad were confiscated to be used by those states and for honouring orders made by their allies. Moreover, the warring states, both on the side of the Entente and the Central Powers, did not want to arm a potential enemy, taking into account that Romania could renounce its state of neutrality anytime and enter the war against one of them.

The adaptation of domestic production to meet the army’s needs

The government in Bucharest made the decision to try to produce weapons and munitions in the country by adapting the production of domestic factories to meet the needs of the army. In 1915, 86 metallurgical enterprises operated in Romania, satisfying the needs of the internal market only to a small extent. These primarily served the interests of other branches of the economy. For example, companies in Prahova counties manufactured and maintained extraction and drilling equipment, as well as tanks for oil storage and transport.

Privately owned factories combined their efforts with state owned metallurgical enterprises in Bucharest (“Pirotehnia”, “Arsenalul armatei”) in serving the needs of the Army. The “G. Fernic et Comp” naval shipyard in Galați, the “Wolf” and “Lemaître” metallurgical plants in Bucharest, as well as the metallurgical enterprises in Prahova started producing shells and projectiles. The “Katz” plant, which before the war only produced kitchenware, started to manufacture weapons and ammunition. The “Vulcan” plant in Bucharest started producing, among other things, mortars and gun carriages.

In order to facilitate the internal production of military equipment necessary for the needs of the army, on 1 April 1915 the “Technical Industrial Commission” was established, under the coordination of the Ministry of War. The purpose of this commission was to study the possibility of producing in the country the necessary material for the endowment and modernization of the army. In November 1915, the commission was abolished, replaced by the “General Munitions Directorate”, led by renowned engineer Anghel Saligny, who designed and built the railway bridge across the Danube River in Cernavodă.

However, all these efforts could not remedy the shortcomings in the endowment of the Romanian army. The lack of raw materials and specialized personnel prevented the proper endowment of troops, and this was one of the causes of the disastrous campaign in the autumn of 1916.