The Entente puts the pressure on Romania to enter the war 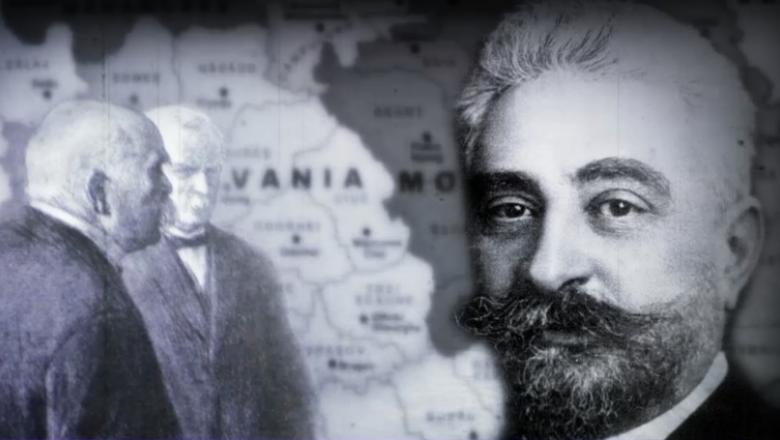 During the period of Romania’s neutrality between 1914 and 1916, the Entente made great efforts to attract the country to its side. If Romania entered the war it would have eased the pressure exerted by the Germans on the Western Front, but would have exposed the country to the danger of being attacked from two directions, from the south by Bulgaria and from the north by Austria-Hungary and Germany. That is why Romanian Prime Minister Ionel Brătianu sought to negotiate the best conditions for the country’s entry in the war.

Romania requested Romanian majority provinces from Austria-Hungary: Banat, Crişana, Maramureş, Bukovina and Transylvania. On July 4, 1916, Brătianu announces the Entente that Romania is ready to join the alliance under certain conditions. Negotiations took five weeks delaying the entry in the war by August 27, bringing the Allies to the brink of despair.

What certain conditions was Brătianu talking about? First of all, to conclude the military convention, the Entente was asked to fulfil three conditions:

1. Provide the necessary arms and munitions.

2. To go on the offensive on all fronts to prevent the Central Powers from moving against Romania.

3. Unconditional protection against an attack from Bulgaria.

Besides these issues, Brătianu also called for two other clauses to be included in the political convention: one forbidding the signing of a separate peace by the signatories, and the other had to guarantee Romania’s equality with the Allied Powers in all peace-related decisions. Concerning the latter condition, Russia was opposed.

In July 1916, the Entente increased the pressure on Romania. Thus, on July 2, the French general Joffre sends an ultimatum to Bucharest. Six days later, Russian General Alekseev sends another ultimatum to Romania. On a diplomatic level, a similar ultimatum is sent to Bucharest by French Prime Minister Aristide Briand. This is what Briand wrote to the French plenipotentiary minister in Bucharest, Camille Blondel: “All the conditions put forward by Mr. Brătianu are now fulfilled. For Romania’s intervention to be of any value, it must take place immediately. A strong attack on the decimated and retreating Austrian army is something simple for Romania, and for the Allies it is of great importance. This intervention would completely demobilize an enemy which is in great difficulty, would allow Russia to concentrate all of its forces against Germany and give its offensive the highest efficiency. In this way, Romania would take its place in the coalition at the right psychological moment, and would ensure, on the basis of its rights and in front of everyone, the greatest satisfaction of its national ideals. The time is solemn. Western powers have put all their trust in Mr. Brătianu and the Romanian people. If Romania does not take the opportunity now, then it will never have the chance to reunite all of its nation’s sons into one people”. Briand speculated the moment of confusion that emerged in the Austro-Hungarian army following Brusilov’s offensive in the summer of 1916. However, the Central Powers were far from being “decimated” and Russia still did not accept Brătianu’s condition that Romania must be equal to the Allied Powers in all peace-related decisions.

In order to meet this latter condition, France intervened to ease the situation with Russia. Here is what the French ambassador from Bucharest, Count of Saint-Aulaire, tells about the way this situation was solved in 1916: “On August 4, 1911, Poincaré wrote to Tsar Nicholas a letter in which he showed to him, in the most arduous terms, the need to attract Romania to our side without any further delay”. This letter proves how much hope France had put in Romania’s intervention, and not only that but how much pressure was on Romania to enter the war: “General Joffre and the French High Command think we are in the face of an opportunity that should not be squandered. The immediate Romanian intervention would allow us to finally break the balance of forces to our benefit. In a few weeks, when it will be snowing in the Carpathians, and the passages will be guarded, the right moment will have passed”. This message prompted Nicholas II to overcome the objections of his ministers and of his High Command. He replied to Poincaré that he would order the signing of the convention as soon as possible, “as Brătianu asks”.