The establishment of the Romanian Orthodox Episcopate in the United States: “An act of unification with the country, before unification” 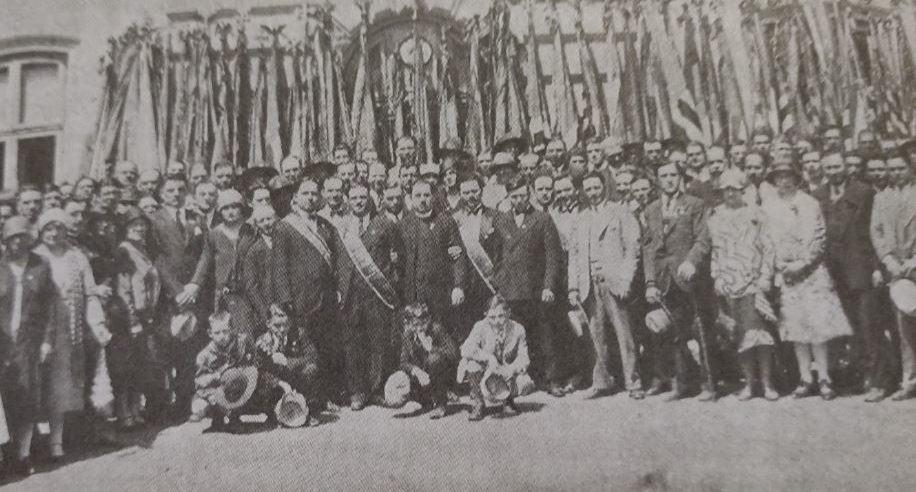 Prior to the end of the First World War, Hungarian diplomacy in the United States carried out intense propaganda aimed at influencing American public opinion and political circles in favour of the Budapest government’s view of Transylvania. In order to counter this propaganda, and to express their desire of uniting Transylvania with Romania, priests and other leaders of the Romanian Orthodox communities in the United States met in the city of Youngstown in the state of Ohio. Here they decided to establish a Romanian Orthodox Episcopate in America, under the jurisdiction of the Metropolitanate of Ungro-Vlahia in Bucharest.

The representatives of the 40 Romanian Orthodox parishes in the United States attended the Youngstown church meeting of the Orthodox Romanians, from March 9 to March 10, 1918. The Romanian Orthodox churches in the United States were under the canonical jurisdiction of the Metropolitanate of Sibiu because the overwhelming majority of immigrant Romanians came from Transylvania and Bukovina, territories under Austro-Hungarian rule.

Metropolitan Antonie Plămădeală said it was “an act of unification with the country, before unification. An act of anticipation and preparation. A great idea sent to those at home, meant to encourage them towards the supreme act of separation from foreign rule and to return to the bosom of the country, as they did from there in America. The text of charter is moving and must be considered as a fundamental act of Transylvanian history”.

At the conclusion of this meeting, priests Ioan Podea and Teofil Roșca sent a telegram to President Woodrow Wilson, informing him that they wanted to form a Romanian Orthodox Episcopate in America and expressed their loyalty to the American state: “… the sacrifice for freedom and the fate that this country will demand from them in this war for the freedom of the world will have the unwavering confidence that through the sacrifices of the American army and the Allied armies the small nations will be liberated and the four millions of Romanians living in Transylvania under Hungarian oppression will be united with the Romanian Kingdom”.

In August 1918, based on the charter adopted in Youngstown, the priest Ioan Podea made the necessary legal steps with the Secretary of State of Columbus, Ohio, for the recognition by the American authorities of a new ecclesiastical body. As a result of these efforts, the Romanian Orthodox Episcopate of America was officially recognized by American authorities.

Mihai-Octavian Groza, Proiecte privind crearea Legiunii Române din America și propaganda în favoarea unirii Transilvaniei cu Regatul României (1917-1918) [Plans concerning the creation of the Romanian Legion in America and the propaganda in favour for the unification of Transylvania with the Kingdom of Romania], in the “Sentenția” magazine, no. IV, Târgu Jiu, 2013.