The failure of the emperor- “To my faithful Austrian peoples” 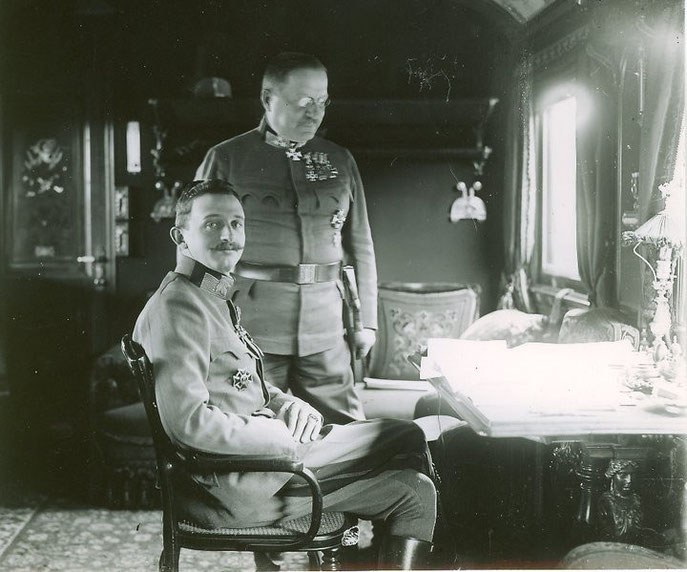 The idea of the dissolution of the Dual Monarchy was starting to gain serious ground from the middle of 1917 onwards. Its various peoples desired their independence more and more, not resonating with the policy put into practice by the Austro-Hungarian Empire. Even on the last stretch, Emperor Charles I of Austria attempted to stop this by issuing a statement known as “The Manifesto of the Peoples” or “To my faithful Austrian peoples!” on October 16, 1918.

This appeal was a final attempt to legitimise the power of the Dual Monarchy under the leadership of the House of Habsburg-Lorraine, but the desire for national independence was greater than the loyalty to the dynasty, and the manifesto was a failure.

“Brought to the attention of Imperial and Royal Governor Bleyleben in the Archdukedom of Austria below the Emms on 17 October 1918 in Vienna:

His Imperial and Royal Apostolic Majesty has deigned to issue the following royal proclamation:

To my faithful Austrian peoples!

Since I ascended the throne, I have constantly strived to achieve the peace so desired by all my people, and to show the people of Austria the ways in which they can develop the power of their national identity to their benefit and successfully exploit it for their spiritual and economic welfare, unimpaired by barriers and frictions. The terrible struggles of the world war have thus far restricted the work for peace. Bravery and loyalty – the willingness to make sacrifices in bearing need and hardship, have maintained the glory of the Fatherland at this difficult time. The victims of war sacrificed their lives to secure for us the honourable peace on the threshold of which, with God’s help, we stand today.

Now we must without hesitation begin to rebuild the Fatherland on the basis of its natural and hitherto most reliable principles. In doing do, the wishes of the Austrian people must be carefully reconciled and brought to fruition. I am determined to undertake this work with the free collaboration of my people in the spirit of those principles, which the allied monarchs have adopted in their offer of peace. Austria must, in accordance with the will of its people, become a federal state, in which every nationality shall form its own national territory in its own settlement zone. This does not in any way presuppose the unification of the Polish territories of Austria with the independent Polish states. The city of Trieste together with its territories shall, in accordance with the wishes of its people, be accorded a special status.

This reorganisation, which will in no way affect the integrity of the countries of the Holy Crown of Hungary, will guarantee the independence of each individual national state; it will, however, also effectively protect common interests and bring them to bear wherever community is a necessity of life in the individual state. Of particular importance will be the union of all forces for a just and rightful solution of the great tasks resulting from the repercussions of the war.

Until this transformation is fully and legally achieved, the existing institutions will remain in force and unchanged in order to safeguard common interests. My government is charged with doing all it can to prepare without delay for the reconstruction of Austria. I call on the people, on whose self-determination the new Kingdom will be based, to cooperate in the great task through National Councils, which – formed from the ranks of Imperial Assembly deputies of every nation – must assert the interests of the people towards each other and toward my government.

So may our Fatherland, consolidated by the harmony of the nations that surround it, emerge from the storms of war as a federation of free people. The blessing of the Almighty be on our work, so that the great work of peace that we construct may mean happiness for all my people.