The failure of the First Hungarian Republic: the unsuccessful attempts to obtain the support of Western Powers 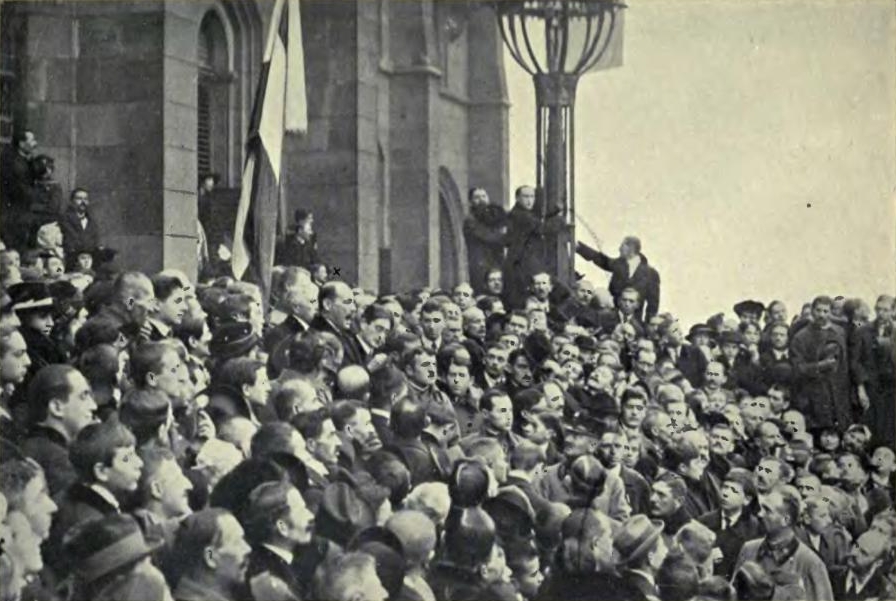 Installed on October 31, 1918, the new government in Budapest led by Count Mihály Károlyi had as its main objective the preservation of Hungary’s territorial integrity, as the defeat of Austro-Hungary in the First World War and the collapse of the Dual Monarchy was imminent. The only chance for the survival of the new Hungarian regime was to obtain the support of the victorious Western Powers.

Installed with ambitious goals, the new government in Budapest was soon to be overcome by external and internal problems. The armistice between Austria-Hungary and the Entente was concluded on November 3 in Padua. The government in Budapest refused to recognize Vienna’s right to sign on its behalf, so it continued negotiations, signing a separate truce in Belgrade on November 13. Even with all the Hungarian protests, representatives of the Entente considered that the Padua armistice was applicable to both Austria and Hungary.

One more issue that was to escape the control of the government in Budapest was that of the national minorities. One at a time, Romanians, Croats, Slovenians, Serbs and Slovaks proclaimed their right to self-determination, and then to independence from Vienna and Budapest. Romanians from Transylvania decided at the Great National Assembly of Alba Iulia on December 1, 1918 to unite with Romania. The Slovaks decided to join the Czechs, the Serbs, the Croats and Slovenes in the formation of a single state.

Faced with the anti-Hungarian attitude of the neighbouring states and their main European ally, France, the government’s representatives in Budapest tried to get the help of the Americans. On November 19, Károlyi decided to send a message to US President Woodrow Wilson complaining that Hungary was “invaded” by “foreign armies” who are about to throw the country into anarchy. The attempts by the government in Budapest to establish contacts with the winning states were hindered by the lack of diplomatic representatives. During the war, Austria-Hungary broke its ties with the states that were part of the Entente, so there was nothing on which to build a diplomatic network.

The new Hungarian government had no representative to support its point of view in Washington. In fact, Károlyi’s message to Wilson was received by the US President in January 1919. The Hungarian Government’s requests to various states to open embassies in Budapest were unanswered. The only state that opened a diplomatic office in the Hungarian capital during the Károlyi government was Austria.

The return of the Bolsheviks

In mid-November, the Budapest government faced a new problem, the Hungarian Bolsheviks returned from Russia. On November 24, they formed the Communist Party, a political party that was different from similar parties in other European states, as it was not a branch of the social democrats, but a distinct organization formed around a tough nucleus of individuals trained in Russia. The Hungarian Communists were led by leaders such as Béla Kun, József Rabinovits, Tibor Szamuely or Mátyás Rákosi, individuals who experienced the Bolshevik Revolution and the subsequent Russian struggles.

Communist attacks were directed at the idea of ​​national self-determination, considered a bourgeois notion: “There are no French, English, Hungarians or Romanians, only French bourgeoisie and French proletarians, only Hungarian, Romanian or English proletarians, and Hungarian, Romanian or English bourgeoisie”, wrote the newspaper of the Hungarian Communist Party (“Vörös Ujság” – “ The Red Gazette”), published on December 7. The newspaper claimed that there can only be one right to self-determination, that of “all proletarians, regardless of language”, meaning the “dictatorship of the proletariat”. The Communists’ attacks were also directed against Károlyi, who said he was an honest, pacifist man who opposed the war, but who “sold his country to Entente’s imperialism, in place of German imperialism”.

The year 1919 started very badly for the Károlyi government. Hungary had lost Transylvania, Banat and Slovakia, was regarded with hostility by its neighbours and France, and the other Great Powers were, at best, indifferent. The political crisis was a direct consequence of this. The situation precipitated with the resignation of the Minister of Education, Márton Lovászy, a moderate who considered Károlyi’s ideas too radical. His resignation divided Károlyi’s party and led to the Social Democrats withdrawing their support for the government. As a result, Károlyi resigned as prime minister on January 11, 1919, to be appointed to the newly created post of President of the Republic. Through this manoeuvre, Károlyi continued to retain control over the government, naming independent Dénes Berinkey as prime minister.

The Berinkey government began its activity on the day when the Paris Peace Conference started, on January 18, a date with special symbolism, deliberately chosen by the French. On January 18, 1871, the Second German Reich was proclaimed at Versailles and Wilhelm I, the King of Prussia, was crowned as German Emperor in a ceremony meant to humiliate France after its defeat in the Franco-Prussian War (1870 -1 871).

The inability of the government in Budapest to gain the support of the Great Powers, as well as its economic difficulties, made it vulnerable to Communist attacks. The First Hungarian Republic collapsed on March 21, following a Communist Revolution that led to the proclamation of the Hungarian Republic of Councils, the first communist state to emerge in Europe after the Russian Revolution in October.