The first Christmas in exile. “… without Mircea! Without our home! Without half of our country! “ 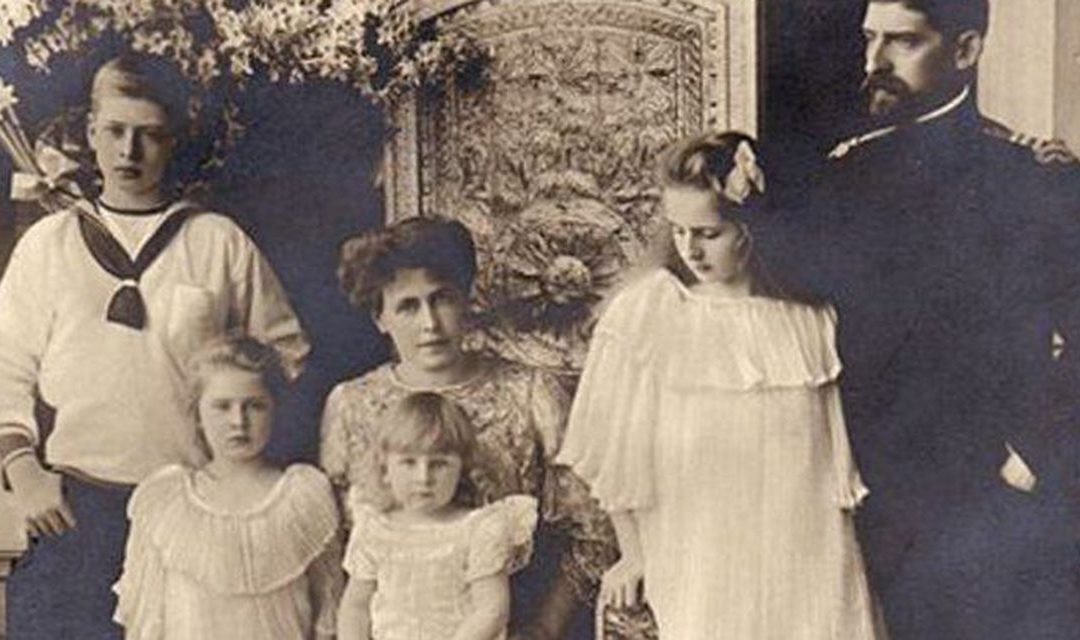 The Christmas of 1916 is the first celebration that the Royal Family and the refugees of Muntenia spent in exile in Iași. It was a Christmas without the usual traditions, without presents, without fir trees, and without joy because it was the first Christmas since the death of Mircea, the youngest son of the royal family. This did not mean, however, that Queen Marie had forgotten the neediest, those who had put their lives in danger for the sake of the country: she made thousands of packages which she shared to those on the front, in hospitals and the like.

For the King and Queen of the country, Christmas brought another tragic news: the Tsarist army stopped its offensive. With the winter holidays well underway, Queen Marie started making preparations to visit her cousin, Tsar Nicholas II- the destiny of Romania hanged by a thread.

Nando came to breakfast. I met Barbu before breakfast. There are important military events in which we had put our hopes- but lately I have very little hope. For a while, luck turned its face away from us.

It was a day with a lot of work to be done. I did not go out, I received few people. I’ve been working on the packages for the front and for the hospitals, I’ve been trying to find modest gifts for Christmas Eve.

We decided, together with the children, not to decorate a fir tree, we would not be able to look at it without Mircea! Without our home! Without half of our country! So, we were happy to share our small gifts over dinner.

I had a heavy-heart because I would never again hear those little steps, or see those eyes that will remain forever shut; those dear brown eyes. I tried to be cheerful, and after dinner we continued our work- that was for the better, as there was so much pain we can endure.

Christmas day! In the old days it was a day of flowers, all of my friends and acquaintances would send me flowers and the house looked like a garden. But there are no flowers here, not even one! Not the smallest bouquet of violets, and this cruel lack of flowers, is one of my pains: for the first time in my life, I have no flowers around, here we have only mistletoe, but fortunately it is in abundance, the trees are filled with it.

At eleven o’clock, I went to the Metropolitan for the official service; before and after it, work and more work, we never stopped working, but we did it heartily, and our packages multiplied. Tonight, we’ll send 3000 on the front- I’ve already given 400 to my regiment, 1000 are ready for the hospitals, but we’re working tirelessly without stopping, without rest.

I invited the Barclay’s to lunch, because he is avid to enjoy the plum pudding and the so-called «cusp buffet», a tradition since our father’s house.

When lunch was over, I had a very unpleasant meeting with Mrs. Aslan, the wife of the general who is said to be responsible for the disaster at Tutrakan. Of course, she says her husband is innocent, etc. Such meetings are ugly, but they are part of the queens’ tasks- a tormenting part!

At three o’clock, a French doctor came to show me the new automobiles with radiography equipment- very ingenious. It seems that in France they have achieved remarkable results, and our government has ordered a few for the front. Later, work again, and at half past four, Barbu came to tell me and Nando that the news was bad, that all the hopes that were clinging on the new military offensive were shattered because in the midst of a succesful offensive, the Russians gave the order to withdraw. Our despair was of tragic proportions! For a moment, we both were downright crushed by the thought that everything was in vain, that we can no longer put our hopes in any effort, that we can do nothing but sit back and lose everything- again- and again!

After an hour of despair, we decided that it would be cowardly to let ourselves be beaten, as long as we still have a small part of Romania to save, we have to save it or at least try to save it, at any cost! Then we thought of what so many have tried to convince me to do: to go to the tsar myself and ask him to save our country! At last we agreed on what we ought to do, what we must do. It would be best if we both went, but at such moments Nando cannot leave! However, I can, if necessary.

We sent word to Brătianu and Take Ionescu to come because we wanted to talk with them. It was a memorable encounter. Brătianu opposed, Tache agreed. Both I and the King spoke openly and simply, and he turned to me, trying to convince them to let me do what would hurt both of us to do. What else could he do for his country than to offer to send his queen to implore on behalf of his people when he cannot go himself. Brătianu considered it to be under the dignity of the Crown. I have said that a queen cannot be humiliated unless she is humbled and if I do not offer to take this step, I will feel that I have not done everything that could have saved my country. It’s almost beyond my power to leave now, I have so much to do, there are so many dependent on myself, and I may just come back to leave my country again forever if my mission turns out to be in vain, and yet I offer to go! What else can I do? […]”.