The first repercussions of the Paris Peace Conference. “In Romania, you have to throw the body out to save the boat” 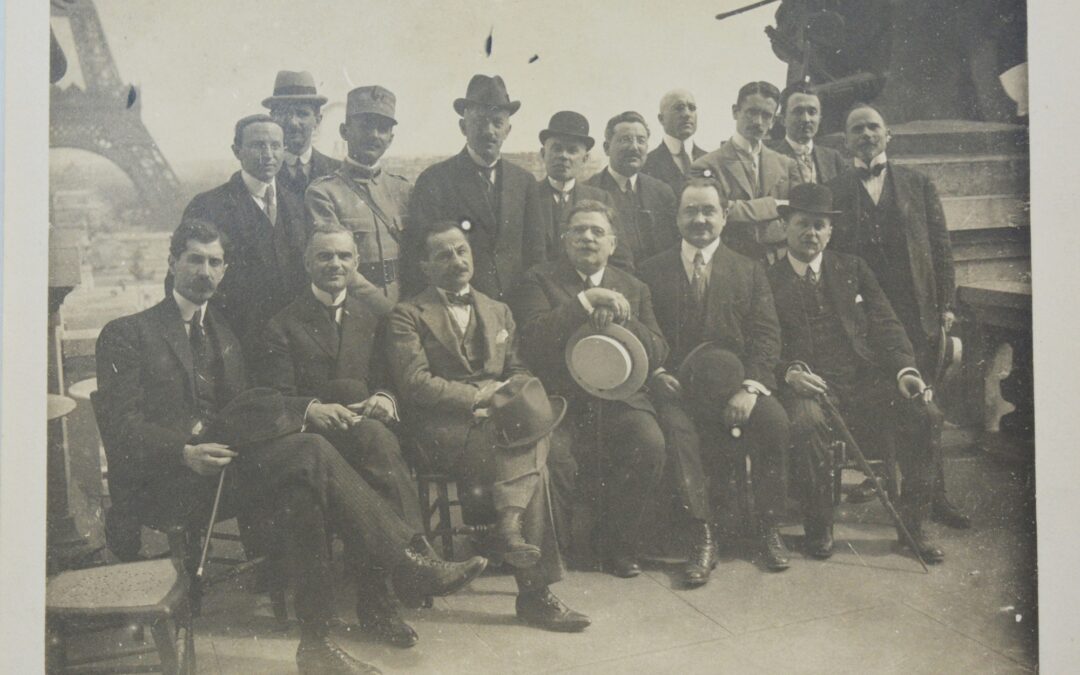 The treaties between the Allied Powers and the defeated states began to be signed beginning with the end of June 1919. Standing in between the great powers, the delegations of the smaller states each tried to have their claims recognized, while the delegations of the defeated countries tried to limit their losses. The repercussions of these agreements would be felt faster than anticipated.

Louis Basset, King Ferdinand’s secretary, wrote the following in his journal: “July 19. Yesterday’s telegrams signal difficulties in Romania, caused by the peace treaty about which Take Ionescu and General Averescu believe that it must be ratified, but which all other parties refuse to recognize. The same telegrams also mention rebellions in the army and the discovery of a Bolshevik plot in Bucharest, where, together with a propaganda fund of one million,  manifests seems to have been confiscated demanding the overthrow of the dynasty.

What is certain is that the ministerial crisis has not yet been resolved, and this delay is an indication for internal and external difficulties, similar to those reported in Italy. In these two countries, the appetite is greater than the stomach and the essential interests are lost. Neither Fiume nor Banat are vital issues, their own sense of patriotism gives them an exaggerated importance, compromising the security of the state. It is difficult for me to explain the intransigence of Mr. I. Brătianu in the territorial and control issues of heterogeneous minorities.

Although it is justified, it may be only a pretext for him to step down from power, exercising it now, both because of its unpopularity in the country and the conflict with the Conference. This intransigence raised not only the Entente against him, but all the neighbouring states, without exception, bringing the country into a dangerous impasse.

The support of Italy, which seems difficult to count on, from what Prince Știrbei told me, does not hang too hard in today’s European balance and we can even doubt the sincerity of this support. In Romania, as in Italy, you have to throw the body out to save the boat. Italy and France face bad relations, and the press’s controversies could lead to an acute conflict, which would be to Italy’s disadvantage, more isolated than ever.

It is not at all useful for Romania to commit itself in this way to sterile accusations, it would be much better if they thought about finding achievable solutions. Nor does Germany offer a more encouraging spectacle: the imperialist reaction manifests itself openly, destroys everything and paralyzes everything. For their part, workers go on strike after strike, and the government lacks unity and authority. Expenses, according to Helfferich, are still huge, as during the toughest months of the war, and capital tax projects, no matter how crushing they may be, risk not being able to cover this widening hole.

There, as in other parts, bankruptcy looms with a rapid pace. Lansing resigned and left Paris. Wilson lost his best collaborators and it’s right to be so, for he has disappointed, and even deceived, all those who trusted him.

He will be able to make some resounding speeches from now on, but they will no longer have the echo of the past, nor will they repair the evil he has allowed. Another disillusioned visionary, General Smuts, returns to Transvaal, asking the British to reconcile as quickly as possible with the Germans and to not allow Russia to evolve steadily towards a stable regime”.