The first visit of the royal family in Transylvania. I. Gh. Duca: “The cheers were without end, people fell on their knees, they threw flowers…” 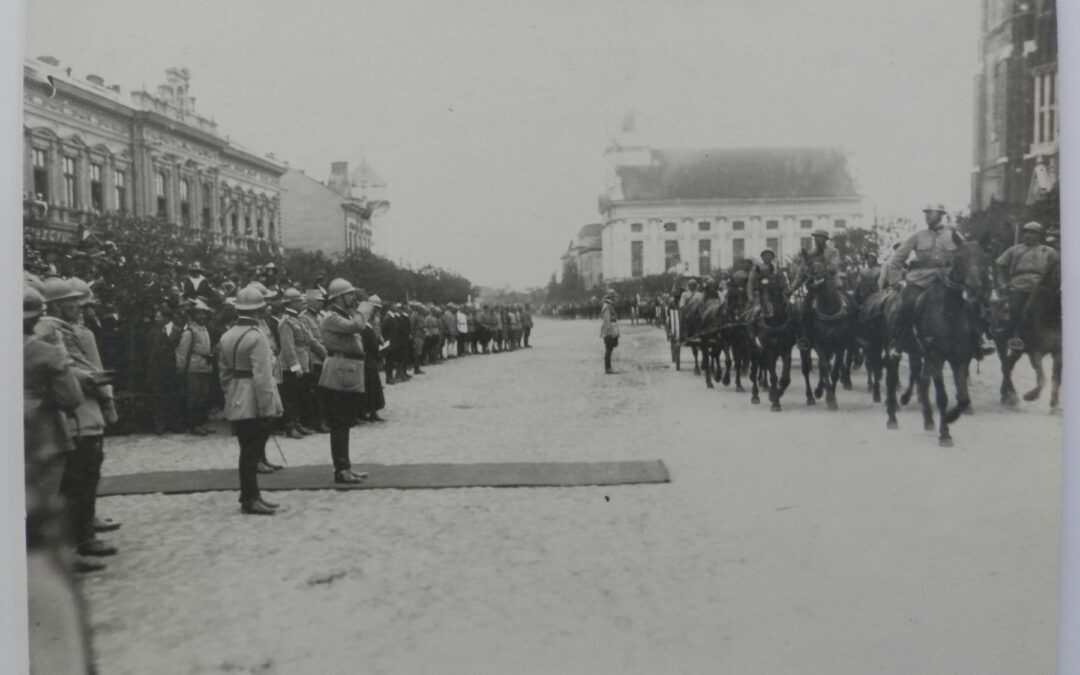 In the spring of 1919, immediately after the return of Queen Marie from Paris, where she represented Romania at the negotiations held at the Paris Peace Conference, the Royal Family and the other outstanding people who were instrumental in forging the Great Union went on a tour of Transylvania, the first after the great event of December 1, 1918. One of the people who accompanied King Ferdinand and Queen Marie in Transylvania was I. Gh. Duca, then minister of agriculture.

He wrote in his diary some of the impressions of this highly anticipated visit:

“Indeed, at the end of May 1919, the King and Queen, eager to visit Transylvania, decided to make their official visit, or, more precisely, their triumphal tour. Because Brătianu was still in Paris, Ferechide, the interim Prime Minister, joined the sovereigns, and as ministers, Constantinescu, Văitoianu and myself were the ones delegated.

This trip was like a dream, like an unforgettable dream. I lived ten days amidst the most moving scenes of enthusiasm, the joy of a freed people which sees their King and the Queen and celebrates them in their own homeland, united for all times. Everything was organized by the Directing Council as best as possible, Maniu and all his friends knowing to give the celebrations the character they deserved. We visited Oradea, Bekes Csaba, Baia Mare, Careii Mari, Bistrița, Cluj, Turda, the Apuseni Mountains, Câmpeni, Abrud, the tomb of Avram Iancu in Țebea, Brad, Alba Iulia, Blaj, Sibiu, Făgăraș and Brașov.

To recount all the scenes in detail and the whole trip is impossible, but still, I’ll describe some of its most endearing moments. For example, the wonderful ethnographic convoys in Oradea and Bistrița, the imposing parade of Bekes Csaba, which was not left to us by the treaty. The lunch at Blaj in the vaulted rooms of the Metropolitan Church […]. The breakfast in the castle of the Karolyi Counts of Careii Mari, a castle where you were met by the many traces of King Eduard and Archduke Rudolf, who came there to hunt in the company of the Hungarian magnates, and where now the generous and exuberant General von Moşoiu was stationed. The emotional arrival to the city of Alba Iulia, visiting the hall where the Union was proclaimed. The trip to the Apuseni Mountains, the stops through the picturesque villages of the Moți, where the whole population and where priests in their garments were expecting us with flowers, the cross and the gospel, while the wooden church bells were ringing. The great hora that we danced with the King in centre stage at Câmpeni in the sounds of bagpipes and alphorns. The service at Avram Iancu’s simple tombstone in the courtyard of the Țebea church. The King’s speech in a modest school in the Apuseni Mountains, where he reminded of the old local saying: «Our mountains are filled with gold, we beg from door to door». The welcome which was full of fast and enlivening of those in Cluj, the Hungarian nobles, led by the old Count Degenfeld, waiting in their magnate costumes for the King on the platform of Satu Mare train station to thank Romania for saving them from Bolshevism, a grateful attitude which has been since forgotten. All the nobles of the Bekes Csaba region coming to greet our sovereigns and to tell of their troubles with the men of Bela Kuhn until the arrival of the Romanian troops. At the head of the delegation, Countess Almassy, ​​who witnessed the assassination of Tisza, told us the details of the drama.

The cheers were without end, people fell on their knees, they kissed the hem of the national costume with which the Queen was dressed, threw flowers, rushed to kiss the King’s hand. Most of them wept with joy and excitement, crying, « We can die now that we have seen our country liberated and our King, our King, of the Romanians! ». We did not know how to defend the King and the Queen, who were moved too, by this popular delirium. I think the scene in Turda was the brightest and most moving concretization of the joy of the Union, which none of those who have lived those moments will ever forget”.