The foreign policy of Romania before the First World War 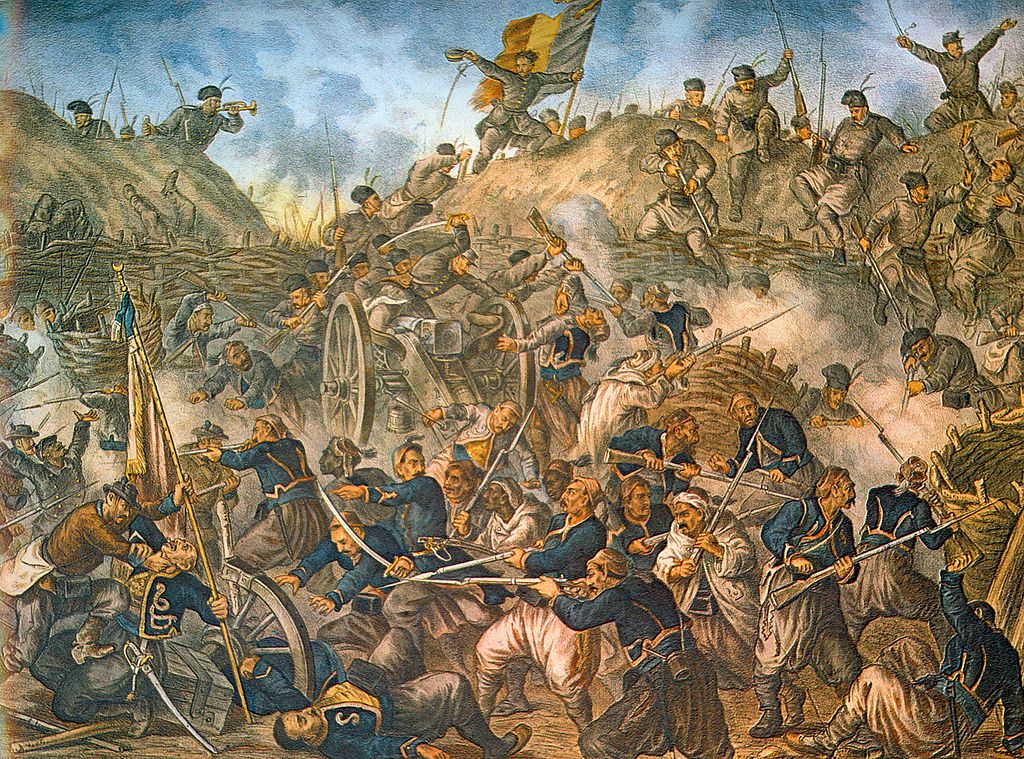 Situated at the intersection of three great empires, Romania was forced to prudently and cautiously navigate the turbulent waters of the Balkans and of Central Europe. The objectives of the authorities in Bucharest were to consolidate the state, to ensure its security, to modernize, but to also protect the large numbers of Romanians living in the neighbouring empires. These were the touchstones of Romania’s foreign policy decisions from 1859 until 1914.

With the unification of the Romanian Principalities in 1859, Romanian diplomats began the difficult process of obtaining international recognition as a unitary national state with central political and administrative institutions. In fact, ruling prince Cuza began sending delegates to Europe to support the Romanian cause as early as 1860. The Principalities were at the time under Ottoman suzerainty, and it was necessary to avoid a military intervention by the Ottoman Empire which could undo their union. That is why Costache Negri and Dimitrie Bolintineanu are sent to Istanbul, and the Alecsandri brothers, also helped by Baligot de Beyne, are sent to Paris. In the Russian Empire, the Romanian delegation is well received, the Russians expressing their support for the realization of the Union. But the reforms taking place in the Principalities will quickly turn the Russian Empire into an adversary of the Union of the two Principalities. The name of Romania is officially used for the first time in state documents, starting with 1862-1866, referring to the territory resulted from the union of Wallachia and Moldavia, and the 1866 Constitution will enshrine the use of the name of Romania. 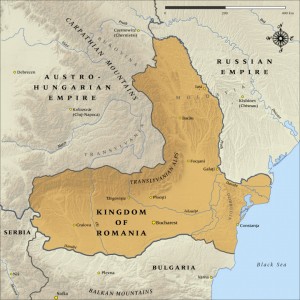 The War of Independence

The year 1866 will bring to Romania a new ruling prince and a new Constitution. In May 1866, the young German prince Carol of Hohenzollern-Sigmaringen, after negotiations with local politicians and with the accord of the Great Powers, will begin his rule that will last for 48 years. Carol will focus his efforts on modernizing the state, but also on gaining independence.

The Russian-Turkish war of 1877-1878 offered Romania the opportunity to gain its independence. Caught between the Russian Empire, that wished revenge for the territories lost after the Crimean War, and the Ottoman Empire, which was struggling for the last decades of the nineteenth century, Romania’s margin of error was small. It could try joining the Russian war against the Ottomans or it could remain neutral but it would have Russian troops stationed in its territory, thus exposing the country to the danger of being transformed into a war theatre, as it happened so many times before in the nineteenth century.

Since the beginning of the conflict, the relations between the Russian Empire and Romania were on unequal footing. Russia “negotiated” a convention with the authorities in Bucharest from a position of strength, which allowed tsarist troops to transit Romanian territory. Moreover, the Russian troops crossed the Prut River and headed for the Danube, without even waiting for the Romanian Parliament to adopt the convention. Romania’s attempts to conclude a treaty of alliance with the Russian Empire in order to join the conflict were impeded by the arrogance of Tsar Alexander II and Prince Gorceakov. The underestimation of the Ottoman forces south of the Danube, but also of the Romanian army, whose reform was closely overseen by Carol himself in the preceding years, endangered the entire Russian expedition led by Grand Duke Nicholas.

It was July 31, 1877 when the Romanian Army Headquarters received a telegram sent to Prince Carol by Grand Duke Nicholas of Russia. The tone and the wording tell us everything about the dire situation of the Russian troops: “The Turks, gathering many troops at Plevna, are beating us. Please do a link-up, a show of force or if it’s possible, cross the Danube, as you wish.” This is the telegram that made possible Romania’s entry into the Russian-Turkish conflict, and the blood of the Romanian soldiers spilt south of the Danube will ensure Romania’s independence. What followed were two fateful years for the Romanians. Not only did they conquered their independence, but they learned and understood some essential truths about themselves and those around them. By beating the Turks at Plevna, Vidin, Smârdan, the Romanians won their first victory over the Turks in hundreds of years. On the other hand, the Romanians discovered a danger in their great “allied” Orthodox Christian neighbour (Russia). After the war, the Russian Empire forced Romania to surrender the southern part of Bessarabia, receiving instead Dobrogea, an economically backward territory, for which the Romanian public opinion had not shown any special interest.

In 1881, Romania became a Kingdom, and two years later, in 1883, it will join the Triple Alliance (Germany, Austria-Hungary, Italy). The main factors that led its joining to the Triple Alliance were, first of all, the fear of Russia, and secondly, the tighter economic ties with Bismarck’s Germany, which was seen in Bucharest as a counterweight to Russia. Although the alliance was renewed several times, the last time in 1913, it was not brought to the attention of the Romanian public. Besides King Carol I, only a few Romanian political leaders knew of the commitment to the Triple Alliance.

The annexation of Bosnia-Herzegovina by Austro-Hungary in 1908 and the formation in Bucharest of a largely profound liberal government led by Ion C. Brătianu will trigger a change of foreign policy of the Kingdom of Romania that will become extremely visible during the Balkan Wars. 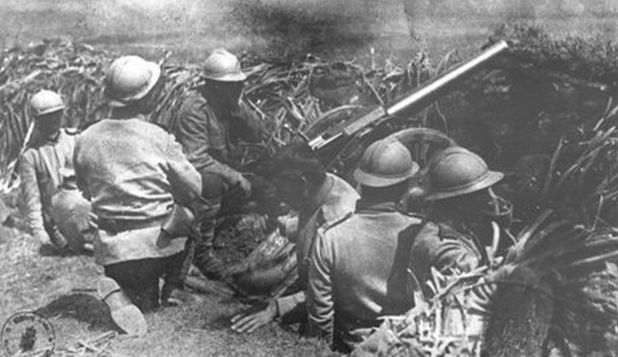 Romania in the Balkan Wars

The Romania of 1912 was profoundly changed to the Romania of 1878, becoming an important player in the Balkans. The political elites in Bucharest were very much aware that the country was at the intersection of three great powers, the Russian, the Austro-Hungarian and the Ottoman empires. With a growing economy, secured by political stability, and with an increasingly organized, trained and well-equipped army, Romania had acquired a regional status of being “the strongest country of the smallest”.

While the Ottoman Empire was getting weaker in the Balkans, and the smaller countries in the region were getting stronger (Bulgaria became a kingdom in 1908, Serbia disputed the annexation of Bosnia and Herzegovina by Austria-Hungary, but it was compelled to finally accept it), there was the problem of Macedonian territory disputed by Serbia and Bulgaria, a difficult are to separate on ethnic lines.

The Second Balkan War will mark the beginning of Romania’s departure from the Central Powers, although in January-February 1913, the commitment to the Triple Alliance was renewed for the last time.

Bulgaria, dissatisfied with the territories received after the First Balkan War, entered into conflict with Greece and Serbia on June 30, 1913. In this tense context, Austro-Hungary continued to support Bulgaria due to its adversity towards Serbia and warns Romania that a possible alliance with Serbia will possibly lead to a conflict. Russia and France supported a Romanian intervention in Bulgaria to counter Austro-Hungarian interests in the region, but also the Triple Alliance. Ignoring the warnings from Vienna, Romania entered the war against Bulgaria, and at the end of the conflict annexed the southern part of Dobrogea against the vehement protests of Austria-Hungary. At the end of 1913, the Austro-Hungarian ambassador to Bucharest, Ottokar von Czernin, would characterize the “alliance” with Romania: “nothing more than a piece of paper without any significance”.

The easy victory against Bulgaria and the incorporation of this new territory would strengthen the Romanians’ confidence in their own power. The support that Romania benefited from France and Russia, as well as the harsh Austro-Hungarian attitude towards Romanian policy and Romanians in Transylvania, increasingly diverted the authorities in Bucharest from the obligations assumed in the treaty with the Triple Alliance.

Feeling these animosities, France encouraged a “Russian-Romanian” reconciliation and in the summer of 1914, Tsar Nicholas visits Romania. In the month that saw the outbreak of World War I, Romania was much closer to the Entente and much further away than the Triple Alliance.