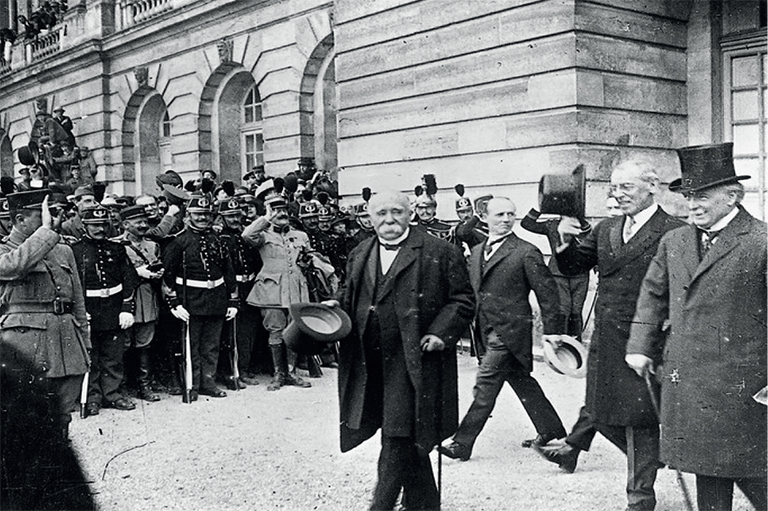 French Prime Minister Georges Clemenceau was uncompromising in his attitude towards the Russian Bolsheviks. For Clemenceau, Lenin and Russia had betrayed the cause of the Allies, leaving France at the mercy of Germany. The conclusion of the Brest-Litovsk Peace Treaty between the Central Powers and Russia gave Germany a free hand to attack France in the spring and summer of 1918 and Clemenceau could not forget this.

Georges Clemenceau hated the Bolsheviks and considered them the tools of the Germans. He was horrified by their methods and crimes and was concerned, as he confided to Balfour, that: “If the Bolsheviks would have sent their delegates to Paris, the extremists would have been encouraged, and then the middle classes would have panicked. This could not have encouraged a positive atmosphere at the Peace Conference”. Moreover, the French prime minister warned that if the other Allied leaders insist on inviting the Russian Bolsheviks to the Peace Conference, he will resign.

Clemenceau, Lenin and the revolutions

From Clemenceau’s point of view, Lenin’s decision to make peace with the Germans at Brest-Litovsk had freed the Allies from all promises made to Russia, including those concerning their rights over the strategic straits that connected the Black Sea and the Mediterranean. Clemenceau hated Lenin and the rest of the Bolsheviks because in his opinion they had perverted the idea of ​​revolution. For Clemenceau, the idea of ​​revolution was sacred, considering the country’s history.

The delegates in Paris were concerned about Russia’s fate only insofar as they were concerned about the social turmoil that was taking place close to their borders. The French were ardent supporters of an intervention in Russia at the end of the First World War, but they had neither the resources nor the soldiers. The French government sent a mixed regiment of French, Greeks and Poles to the Black Sea port of Odessa and fought against a heterogeneous group of enemies consisting of Bolsheviks, Ukrainian nationalists, anarchists, etc. Soon, some of the French soldiers in Odessa fell victim to Bolshevik propaganda. In the end, they were evacuated from Odessa with great difficulty under the protection of the Romanian army. Even though France continued to vehemently oppose the Russian Bolsheviks and their methods, it did not participate in any other intervention in Russia. Marshal Foch tried to devise all sorts of plans to intervene in Russia against the Bolsheviks by using armies made up of Poles, Finns, Czechs, Slovaks, Romanians, and even Russian prisoners of war still in Germany, but nothing materialized, on the one hand because the soldiers opposed the idea of ​​fighting in Russia, and on the other hand because of the refusal of the Britain and the US to participate in such an operation.Clemenceau confessed to Lloyd George in late 1919 that: “We must continue to keep an eye on them [on the Russian Bolsheviks]”.

A “sanitary cordon” around the Bolsheviks

The French therefore adopted the strategy of isolating Bolshevism. At the Paris Peace Conference and in the years that followed, France did everything in its power to consolidate the neighbouring states of Russia, especially Poland, Romania, but also Czechoslovakia and Yugoslavia, to form a so-called “cordon sanitaire”, around the Russian Bolsheviks. The strategy had other advantages for the French, as it counterbalanced the power of Germany and built a barrier in the then unlikely eventuality of an alliance between Germany and Russia. Only French Marshal Ferdinand Foch and Winston Churchill were among the few delegates at the Paris Peace Conference who took such a possibility seriously.