The gathering storm. Romania prepares for the offensive in the summer of 1917 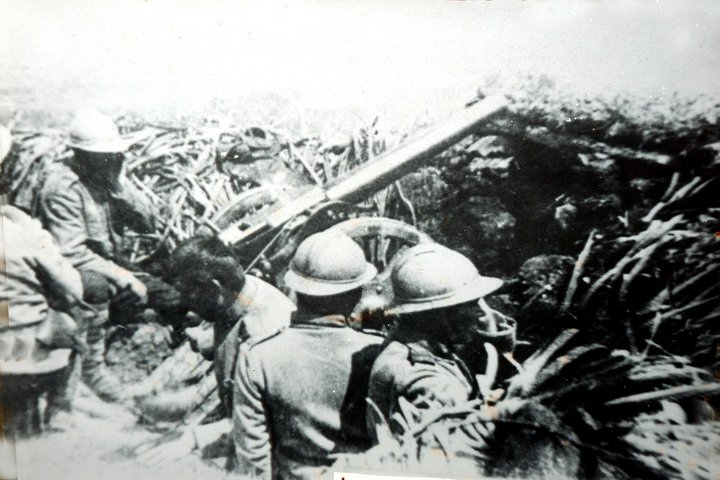 The 1916 military campaign was a disaster for Romania. In just three months, the Romanian army lost more than half of its troops and two-thirds of the territory it defended. After having undergone a process of rehabilitation, reorganization and rearmament, the Romanian army in the spring of 1917 was much smaller but more mobile than that of August 1916. Moreover, the Romanian army leadership planned offensive actions for the summer of 1917.

In cooperation with the Russian army, a battle plan for the Moldavian Front was prepared. The two Romanian armies were to play a leading role in the coming offensive action. The Romanian army had “to attack and break through at all costs” the lines of the German Ninth Army to the west of the Nămoloasa bridgehead in the direction of Râmnicu Sărat to encircle the enemy’s rear-guard. The Romanian Second Army was ordered to attack the right wing of the Austrian First Army and to advance on the upper valley of the Putna river to threaten the main lines of communication between the two enemy armies. The Russian Fourth Army, located between the two Romanian armies, had to break through the enemy front at Ireşti and head towards Focșani to make the junction with the Romanian army in order to destroy the enemy forces between the Siret river and the mountains. Romanian General Alexandru Averescu was sceptical at the hearing of this plan, especially as it corresponded to that of his rival, Chief of the Romanian General Staff, General Constantin Prezan.

On the night of July 1 to July 2, the First Romanian Army, commanded by General Constantin Christescu, began setting up its forces on a portion of the front between the Fourth and Sixth Russian armies. Nămoloasa was chosen as a point of attack not only because the Romanian-Russian forces held there a strategic point to the west of Siret, but also a bridge and a road leading to it that facilitated the placement of important troops beyond the river.

The commander of the Romanian Second Army, General Alexandru Averescu, took the necessary steps to prevent the disaster of the 1916 campaign from happening all over again. Averescu instructed the officers under his command to focus on close cooperation between artillery and infantry. Sending infantry to enemy lines was to be done only after artillery broke the defensive system of the Germans and Austrians. He also organized courses with his officers about the tactical problems that might arise. In the eve of the attack, Averescu would write in his journal of his “firm confidence in the success of our troops on my army’s front”, but expressed his scepticism about the success of the Russian-Romanian offensive in other sectors: “I do not believe that the enemy will be destroyed. I do not think we will reach Râmnicu Sărat, especially not from the direction of Nămoloasa. On the contrary, I’m afraid of a crushing defeat in that sector after an easy initial success”.

“Romanian soldiers, eager to go on the attack”

The morale of the Romanian soldiers was high. They had modern arms and ammunition and their newly acquired firepower gave them confidence. An analysis by a French officer revealed that the Romanian divisions in the summer of 1917 were equipped with the same weapons as their counterparts on the Western Front. As for artillery pieces and machine guns, the Romanian forces were on the same level as the German troops and superior to the Austrian ones. The head of the French Military Mission in Romania, General Berthelot, was pleased seeing the new equipment of the Romanian Army. “They were well-equipped and well-armed, eager to go on the attack. […] If the Russians go to battle, we can hope for a wonderful success”.