The intervention of the Romanian army in Pokuttia (1919) 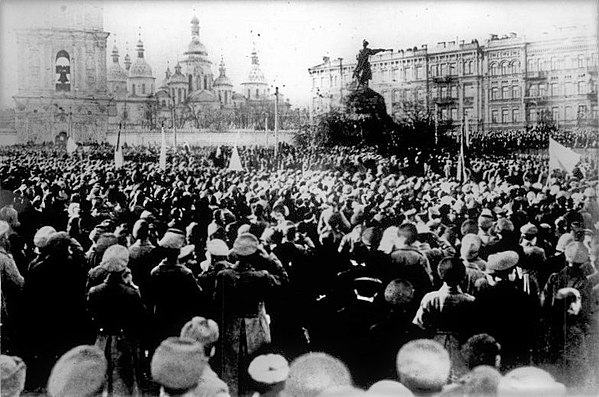 Pokuttia, a sub-region of Galicia, located northwest of the Dniester, was in the Middle Ages under the administration of both Poland and Moldavia. Since the end of the eighteenth century, Galicia was annexed by the Habsburg Empire as a result of the Partitions of Poland. Remaining in the composition of the Habsburg Empire, and afterwards of Austria-Hungary, until the dissolution of the Dual Monarchy, Galicia was the scene of an open conflict between the Poles and the Ukrainians immediately after the end of the First World War.

The Polish offensive in eastern Galicia began on May 14, 1919, but was stopped by the Ukrainians. Risking defeat, the Polish government called for the intervention of the Romanian army from Bukovina, a province south of Pokuttia. The Romanian government approved the Polish request. Consequently, on May 22, the Great General Headquarters ordered the 8th Division commanded by General Iacob Zadik to cross the border and advance into the territory between the Dniester River and the Carpathian Mountains.

The infantry division led by General Zadik was also supported by a cavalry unit. According to Polish estimates, the Romanian forces numbered about 8.000 to 10.000 soldiers. In Bucharest, the Great General Headquarters announced that the entry into Pokuttia was the result of clashes with the Hungarian Soviet Republic. Officially, the Romanian soldiers were ordered to protect the civilian population, regardless of nationality and religion, against a possible Bolshevik offensive. In turn, General Piłsudski informed his officers that the Romanian soldiers are in the Pokuttia as allies.

General Constantin Prezan, head of the Great General Headquarters, sent instructions to General Iacob Zadik to avoid hostilities with the Ukrainian troops during the advance, and this was also brought to the attention of the Ukrainian commanders. On May 23, the day before the Romanian intervention, a proclamation in the Romanian, Ukrainian and Polish languages was drafted, addressed to the inhabitants of Pokuttia, stating that the Romanian army had no contention with the Ukrainian one, nor with the civilians. However, the latter were still required to hand over their weapons. The Romanians also guaranteed the observance of the laws of the country and the integrity of persons and property.

The entrance of the Romanian army in Pokuttia on May 24, 1919

The operations commander in Pokuttia was General Gheorghe Liciu. The intervention of the Romanian army began on the morning of May 24, 1919. The Polish population greeted the Romanian soldiers with joy, considering them liberators from the Ukrainian occupation. The advance of the Romanian troops caused panic among the Ukrainian ones, who either ran over the Dniester or surrendered. Ukrainian resistance was minimal, with Romanians taking about 370 prisoners.

On June 2, the head of the Ukrainian diplomatic mission in Bucharest, Georges de Gassenko, sent the Romanian Prime Minister an official protest, whereby the Romanian government was accused of hostile actions against the West Ukrainian People’s Republic. Given the difficult military situation they were in, the Ukrainian civil and military authorities called for an armistice.

The Romanian troops remained in Pokuttia for three months. After a series of negotiations with the Poles, concerning the fate of the province, the common border between the two countries, and other matters, the leadership of the Romanian army issued the order to evacuate Pokuttia. The operation began on August 17 and ended on August 27, with Romanian troops withdrawing back into Bukovina.