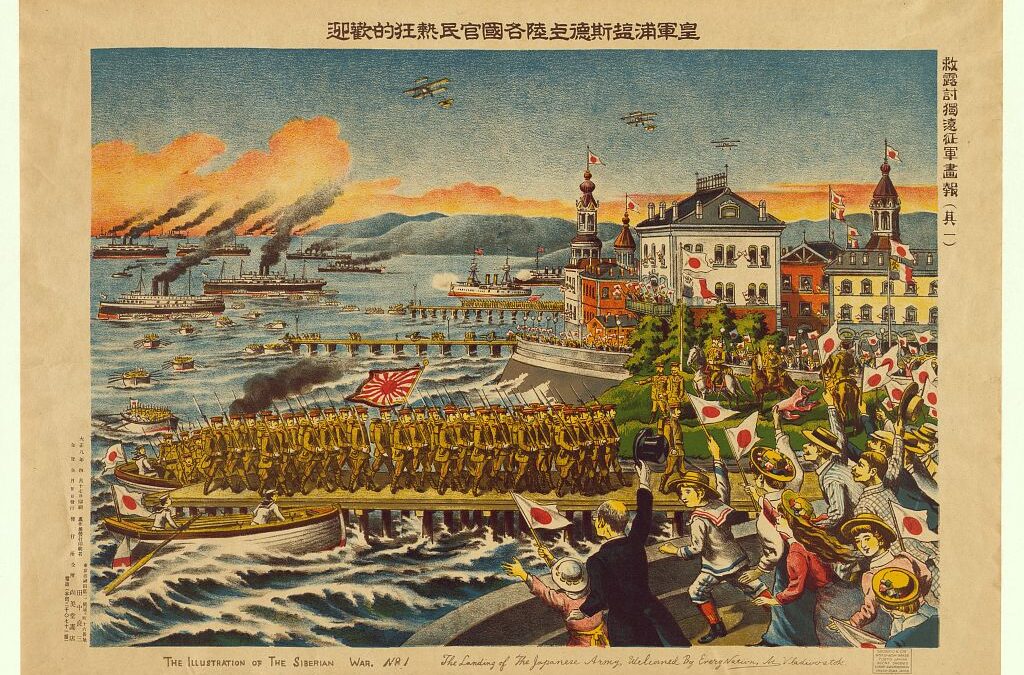 The Japanese involvement in Siberia, lasting from 1918 until 1922, saw the deployment of Japanese military forces to the Russian Maritime Provinces as part of a larger effort by the West and Japan to support the Whites against the Bolshevik army during the civil war. During this intervention, 1.400 Japanese were killed and another 1.800 died of the disease.

The Japanese were initially asked in 1917 by the French to intervene in Russia, but they refused. However, in February 1918, the Japanese military leaders formed a “Planning Committee for Siberia” in order to explore the possibility of the Russian Empire collapsing as an opportunity to free Japan from any future Russian threats by creating an independent buffer state in Siberia.

The committee envisioned an attack on two fronts: from Vladivostok to Khabarovsk and along the Chinese railway line that cut the Trans-Siberian Railway. However, the Japanese government did not agree with the military’s plans, initially refusing such an expedition.

The Japanese attacked, nonetheless, but only because the British government wanted an alliance with the United States to attack Vladivostok together. So, the Japanese government was forced into action and assigned Admiral Katō Kanji with the task, giving him command of the Iwami and Asahi warships. Iwami was able to leave Kure Naval district on January 9, 1918 and arrived in Vladivostok on January 12, just two days before the British arrived. The second warship arrived on January 17.

The intention of the Allies was that this parade of warships would shake the confidence of the Bolsheviks and, at the same time, contribute to the restoration of public order. Things got complicated when a Japanese shop owner was killed by the Bolsheviks. The Japanese government did not wait for an investigation and its military forces occupied the city. In July 1918, President Wilson called on the Japanese government to provide 7.000 troops as part of an international coalition of 25.000 troops, including an American expeditionary force, to support the rescue of the Czechoslovak Legion and to secure war supplies stored in Vladivostok. Prime Minister Terauchi, after a heated debate in the Diet agreed to send 12.000 troops, but under Japanese command, rather than as part of an international coalition.

Once the political decision was taken, the Imperial Japanese Army assumed complete control. Eventually, the Japanese deployed 70.000 troops under General Kikuzo Otani- far more than any of the other Allied Powers. After the international coalition withdrew, the Japanese army remained. However, political opposition prevented the army from annexing the resource-rich region. Japan continued to support Admiral Aleksandr Kolchak, the leader of the White Movement, until his defeat and capture in 1920. In March and April 1922, the Japanese army repulsed a major Bolshevik offensive against Vladivostok.

On June 24, 1922, Japan announced that it would withdraw from Russia until October, but not from the northern part of Sakhalin island, which had been seized in retaliation for the 1920 Nikolayevsk incident. On January 20, 1925, the Soviet-Japanese Basic Convention was signed in Beijing. In accordance to this convention, Japan pledged to withdraw its troops from northern Sakhalin by May 15, 1925.