The Kerensky Offensive, the failed military operation that forced Russia and Romania to drop out of the First World War 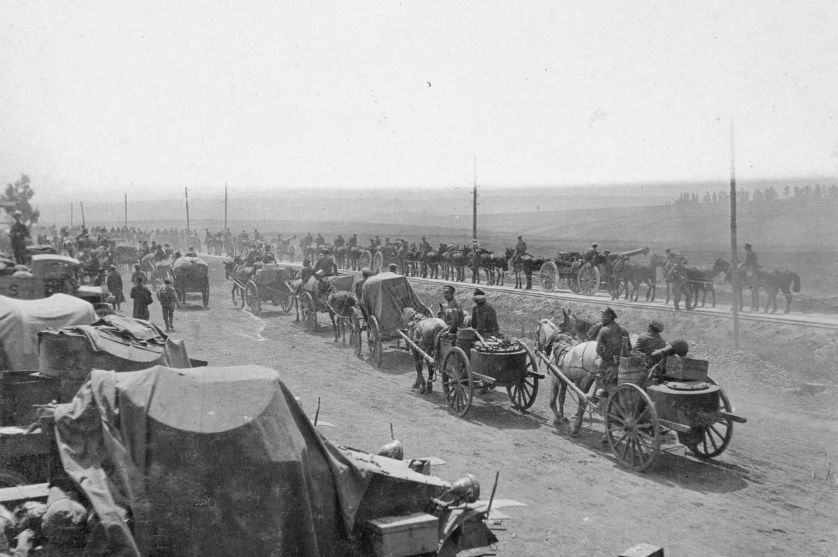 The Kerensky Offensive was the last attempt of the Russian interim government, which took power after the February Revolution and the removal of the Tsar, to keep Russia in the First World War. The offensive was launched in July 1917, at the initiative of Alexander Kerensky, Minister of War and future Prime Minister of the Provisional Government, in order to stabilize the front and raise the morale of the troops and regain popular support. The failure of this military action threw the Russian army and the whole country into disarray, paving the way for the Bolsheviks to seize power. The collapse of Russia also led to the exit of Romania from the war.

The military operation was thoroughly planned in the months leading to it, a fact which had not gone unnoticed by the German command, especially as Russia received constant support from its Western allies. During this period, within the command structure of the Central Powers, two lines of thought emerged regarding the course of action to be taken against Russia. Several German strategists felt that it was time to take advantage of Russia’s obvious weakness and launch a decisive attack, to permanently knock this country out of the war, even at the cost of transferring divisions from the Western Front. However, General Paul von Hindenburg and General Erich Ludendorff, believed that a direct blow against Russia was not necessary, as it was preferable to wait for the Russian army’s already diminishing fighting capacity to collapse due to internal problems.

General Erich Ludendorff justified his point of view in his post-war memoirs: “From a military point of view, too, this line of conduct was justified, because every revolution undermines and disintegrates the fighting strength of an army”.

The Kerensky Offensive was launched on July 1 on the Galician Front. The Russian attacks were initially successful. German troops managed to resist, but their Austro-Hungarian allies faltered. The attack by the Russians prompted Ludendorff to change his mind and decide that it was time for a decisive strike against Russia. To this end, he made the decision to transfer six divisions from the Western Front:

“To carry out the counter-attack he [the head of the General Staff] had planned to bring in reinforcements from the West, […] if there were any available, to deal with Russia once and for all, and so, to gain the upper hand, six divisions were sent to the East”.

The front was stabilized on July 15, with the intervention of German troops, and a few days later the counterattack that led to the collapse of the Russian front was successfully launched. General Ludendorff describes the actions in his memoirs:

“The next day the thrust continued in the direction of Tarnopol, which fell on July 25, and the Russians began to withdraw south of the Zborow-Tarnopol railway. The tactical counter-attack grew into a large-scale operation. The disorganization of the Russian front extended further to the south. […] The whole Eastern Front as far as Bukovina was now in motion. The Russian army withdrew in disorder; the Revolution had broken its backbone. On August 2 and August 3 we succeeded by steady fighting in reaching the Zbrucz [river], and took Czernowitz and Kimpolung”.

On July 25, the city of Tarnopol was conquered, and in the following days Russian troops began to withdraw on the whole front. In the south of Bukovina, the Austro-Hungarian troops went on the offensive, but stopped due to the actions of the Romanian army. The victories of the Romanian army, with the support of the Russians, in July-August 1917 in Mărăști, Mărășești and Oituz hampered the success of the Germans on the Eastern Front.

General Ludendorff noted in his memoirs: “Thanks to the influence of the French, the Romanian army had become so much stronger that strategic successes seemed out of the question for us, as long as the offensive in Bukovina remained at a standstill. For the present it was impossible to continue it. The attacks of the army groups under Mackensen and the Archduke Joseph were held up. The Romanians too, had their turn, and now made unsuccessful attacks. Gradually the fighting died down here too”.

Basically, the victory in Galicia forced Russia and then Romania to drop out of the war. The chaos that engulfed the army and the Russian society at large paved the way for the Bolsheviks to take power (October 25/ November 7, 1917). However, despite the heroic victories in the summer of 1917, Romania could not withstand the combined strength of the Central Powers without the only ally who could offer direct support. Therefore, Russia’s exit from the war forced Romania to sign the Treaty of Bucharest (May 7, 1918) accepting peace under the conditions imposed by the Central Powers.