The last offensive on the Eastern Front. “It’s the most comical war I’ve ever known” 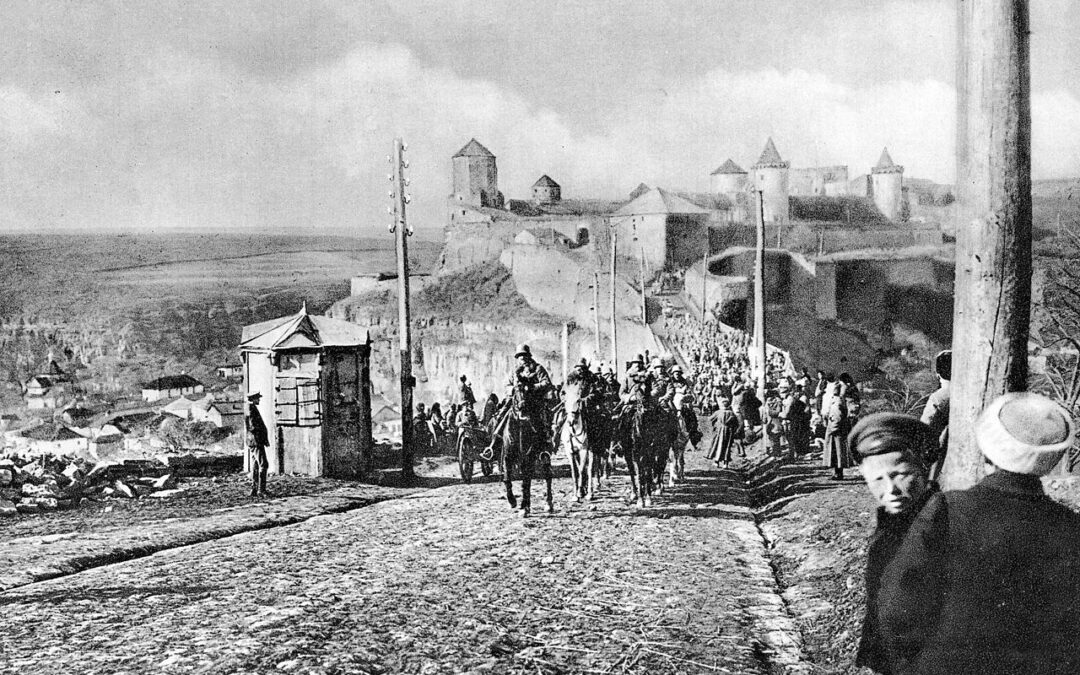 Operation Faustschlag was the last major action on the Eastern Front, an offensive of the Central Powers during the First World War taking place between February 18 and March 3, 1918, launched after the failure of the peace negotiations with the new Bolshevik government of Russia. The Central Powers met with little resistance because in the context of the events of 1918 the Bolshevik forces were made up primarily of remnants of the Imperial army and peasants. The Central Powers managed to capture large territories in the Baltic governorates, Belorussia and Ukraine, forcing the Russian government to sign the Treaty of Brest-Litovsk.

The offensive actually began on February 18, 1918 when German and Austro-Hungarian troops began a major three pronged offensive, with 53 divisions. The northern group advanced from Pskov to Narva, the central group pressed onwards to Smolensk and the southern group towards Kiev. On February 21, Minsk was captured together with the Headquarters of the Western Army, and Kiev was secured on March 2, one day after the Ukrainian troops of the Central Rada had already arrived there. The Central Powers had advanced over 210 kilometres in a week, without facing any serious resistance. German troops were now 160 kilometres from Petrograd, forcing the Bolsheviks to transfer their capital to Moscow. The rapid advance was called the “War on Rails” because German soldiers used Russian railways to advance east. General Hoffmann wrote in his diary on February 22: “It’s the most comical war I’ve ever known. I ordered a handful of infantrymen with machine guns and a single cannon on a train and hurriedly sent them to the next station; once they had conquered it, they went farther and farther. This kind of procedure has, in any case, the charm of being a novelty”.

Even though Russia was not able to continue the war, due to the destruction of its own armies, most of the leaders still believed that it had to. Then Lenin intervened to persuade the Bolshevik leadership to accept the terms proposed by the Germans, which in the meantime had become even harsher. During a particularly stormy meeting, Lenin went so far as to threaten to resign, and thus was able to obtain a majority of votes in favour of accepting the new terms, and on March 3, the Bolsheviks signed the Treaty of Brest-Litovsk.