The melodic line of war. “I let Pinx weep in sublime, superhuman notes, all the agony of a dying country” 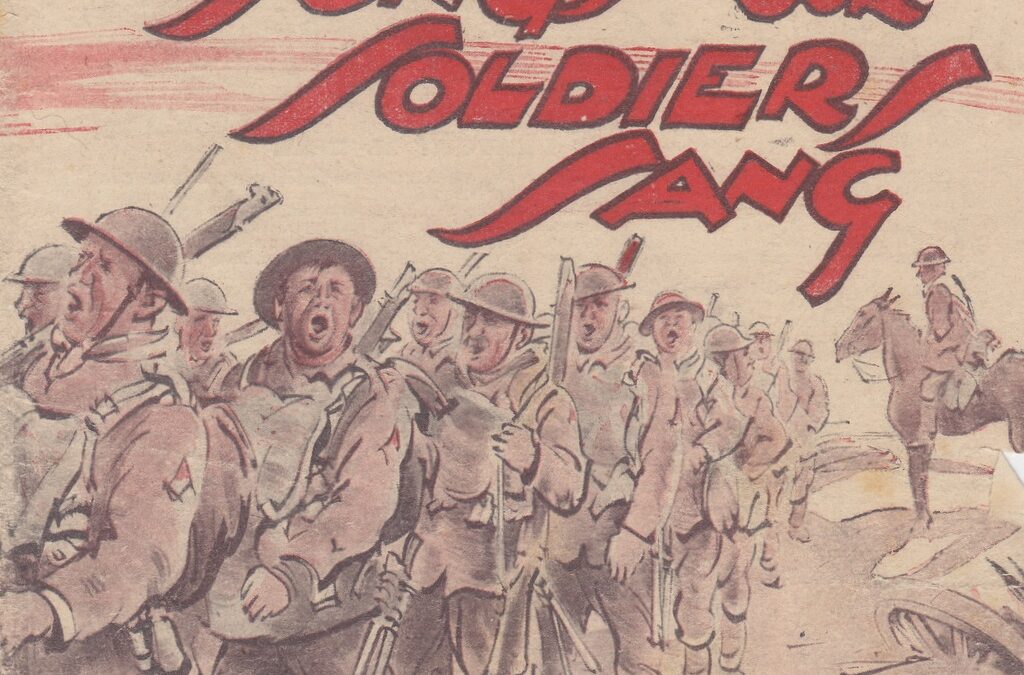 The songs that were composed and sung during the First World War mobilized the population to enlist, helped it accept the drama and the daily tragedies of the conflagration, and raised the morale of the soldiers on the front, as well as that of the civilians remaining at home. Many of them became true hits and made a career in show, film and television, being known even today.

The need to preserve the population’s approval for the war mobilized politicians, intellectuals, the feminist movement, but also artists. The hundreds of songs composed during the Great War were sung with enthusiasm by civilians and soldiers who, in the days between battles, alleviated their boredom and raised their morale. The themes of the songs were mainly about those who were recruited, about parting ways with loved ones, returning home, warfare as an adventure, or simply jests about the life of a soldier, creating a romantic picture of the war.

At the beginning of the Great War, in 1914, many of the songs called for men to enlist, songs like “We don’t want to lose you, but we think you ought to go”, “Now you’ve got the khaki on”. Later, as time passed on and casualties were mounting, the songs no longer talked about recruitment, but about homesickness, suffering and nostalgia. Even in 1915, there were songs playing on the front that were meant to keep spirits high and to strengthen the camaraderie between soldiers, and their hopes of returning home. For example, “Pack up your troubles”, a song synonymous with the First World War, was actually a march that suggested the cadence of the troops and was the favorite of the soldiers on the Western Front, but it also became popular in the UK and then made its way around the world.

The war in Romania seemed to have in the background the music of George Enescu. Queen Marie writes many times about him in her diary: “Then I threw myself on a corner of Lisabeth’s sofa, and I asked Pinx to sing the Le Gueux symphony- and there, surrounded by the friends we ourselves were chasing out of the country, […], I let Pinx weep in sublime, superhuman notes, all the agony of a dying country, and all the unrelenting and yet defeated vigour of a queen who had done everything in her power, but in vain, to lead her people on what she considered to be the only honorable path. […] Pinx remained calm in the middle of the storm and sang as a god one of the most splendid musical pieces ever composed; it seemed to me that it had gathered from my soul all the agony which I was not able to voice and lamented it in the power of the night- the lamentation of the tragic story of a dying country, twice lost because of crushing circumstances and even more so tragic lost, because at its hour of need, it lost trust in itself- all of them had lost their trust, only I didn’t – only me, but I could not stand the storm alone”.