The mines of Messines: “We may not change history tomorrow, but we will certainly change geography” 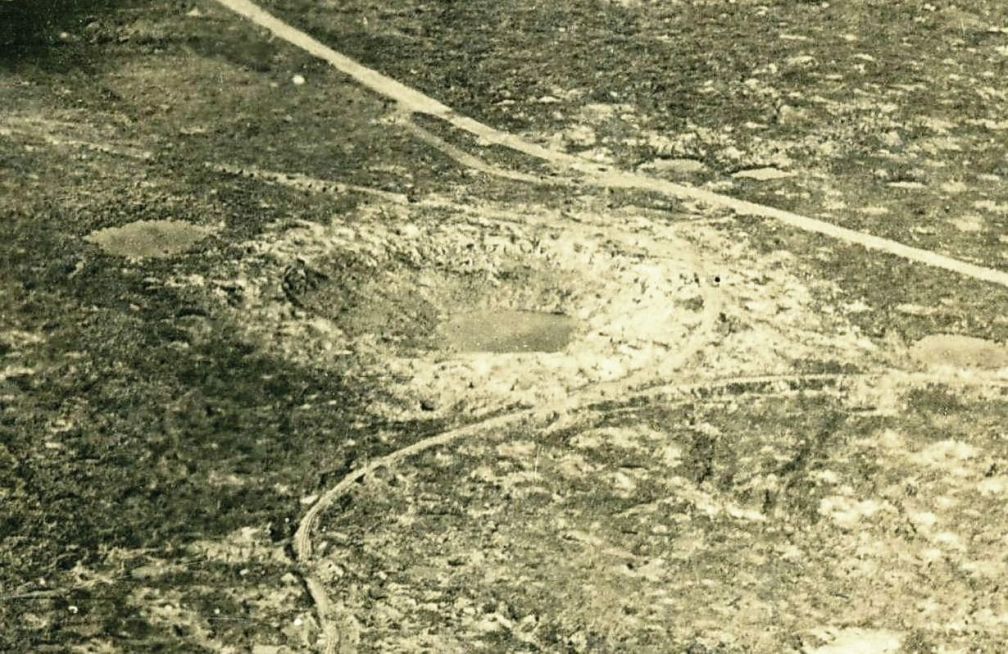 In the summer of 1917 the battle of Messines begins. It was started by the detonation of 19 colossal mines, 500 tonnes each, placed beforehand by the British corps of engineers under the German positions. The fortified peak was destroyed, in what was called at that time the largest artificial earthquake. The explosion was so strong that it was heard as far as London.

Between September and November 1914, the two major military alliances were separated by a 300-kilometer long trench system that stretched from the Swiss border to the North Sea coast. What was needed was a way to break through these fortifications, traditional fighting tactics proving themselves useless.

None other than Norton Griffiths, who will eventually cause a considerable setback for the Germans by destroying the Romanian oil fields in November 1916, proposed early in the war to the British War Office the creation of special units, whose sole mission was to dig tunnels under enemy fortifications and destroy them by employing mines.

However, the Germans were the first to put this into practice. On December 20, 1914, in Givenchy-les-la-Bassee, France, nearly 1.000 soldiers were killed after mines exploded just below their feet. In less than a week, Norton Griffiths’ men had already crossed the English Channel and started counter-mining operations.

In the autumn of 1916, the colonel was supervising such actions in Belgium, in Messines, when he was given the mission to sabotage the Romanian oil fields. He leaves, but his engineers remain and continue digging in the area.

The plan for the Battle of Messines

The battle plan devised by General Sir Herbert Plumer relied heavily on the efforts of the engineers. The key was the destruction of a well-defended German point, Hill 60, by digging extremely long series of tunnels that went along the ridge and by placing mines loaded with ammonal, a very volatile mixture of explosives in key points. It was hoped thatthe resulting breach would be large enough to allow the British infantry to advance.

Even as early as 1915, German engineers confronted the British, in a desperate attempt to prevent them from completing these tunnels. Claustrophobic battles took place underground when the engineers accidentally bumped into each other.

Several tunnels were destroyed by the Germans and four mines were discovered and defused. But the Germans underestimated the British, who had dozens of teams digging at the same time. Since 1916, a large number of Australian, Canadian and New Zealand engineers were brought in to speed up the work.

In the summer of 1917, the eight-kilometre-long network of tunnels was completed and 21 mines were positioned below the most important German positions. Of these, only 19 will detonate.

Starting with June 1st, an artillery barrage mercilessly bombarded German positions for a week. On June 7, it stopped and instead of the sound of projectiles, an almost equally frightening silence was installed.Without knowing what awaited them, the German soldiers emerged from their dug outs and occupied their positions in the trenches waiting for the British attack.

The detonation of the mines

Suddenly an apocalyptic explosion was heard, as the mines were detonated simultaneously. The ground cracked and flames rose tens of meters into the air. More than 10.000 German soldiers died in the blast or were buried alive.

It was the largest loss of life in history due to a controlled explosion. The large number of deaths was also caused by the fact that the detonation happened during the morning shift change, German troop concentration being at a maximum along the trenches.

The largest crater was 80 meters in diameter and 12 meters deep, confirming General Harrington’s words [the Chief of Staff to General Plumer] that “we may not change history tomorrow, but we will certainly change geography”.

That same morning, British infantry continued with an assault on the shattered ridge, hearing in some places the cries of the buried soldiers.

The troops of the Entente managed to advance six kilometres. The German counterattacks were repulsed and the battle ended in favour of the British, who achieved all of their objectives.

The Battle of Messines was also notable for the deep advance it achieved in enemy territory and for the fact that the defenders had more losses than the attackers.Even though the underground mining of fortifications was a great success it was for the first time when an operation of this size was put into practice.

Mining was completely set aside towards the end of the war when the consistent use of tanks and aircraft ensured the troops greater mobility.