The Palace of the National Military Circle- The symbolic building of the Romanian army, transformed into a prison by the Germans 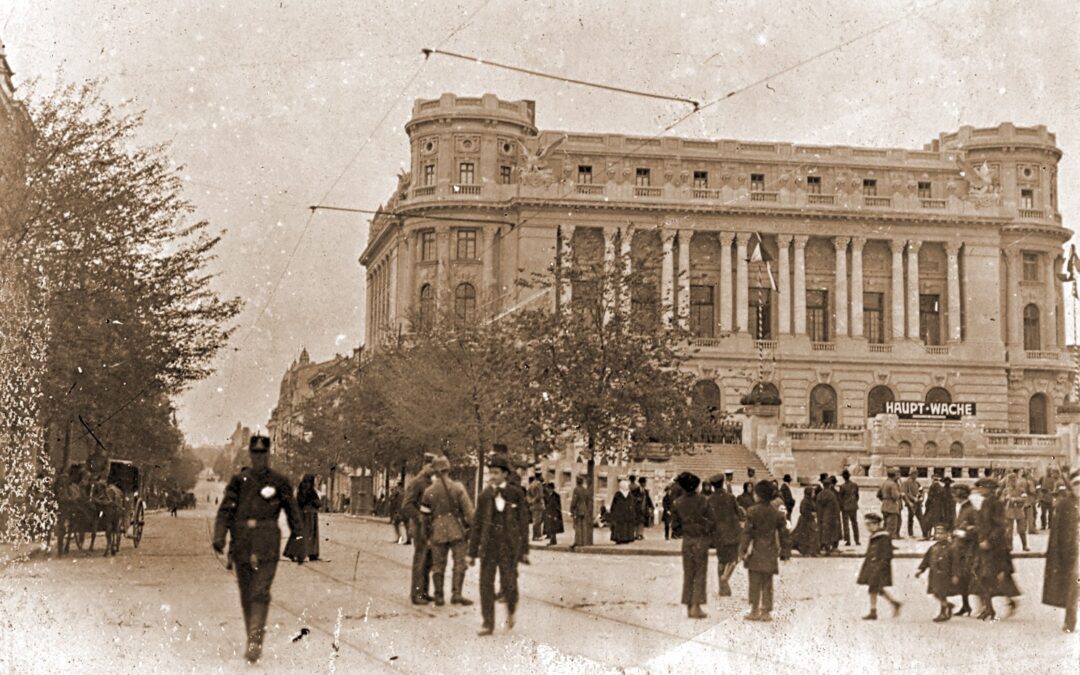 The National Military Circle is one of the oldest Romanian military institutions, established on December 15, 1876. At the end of the 19th century, at a time when the capital of Romania was modernizing at an accelerated pace, the idea of ​​building a headquarters for the central institution of culture of the Romanian army was born. There were years of heated discussions and abandoned plans, but finally the construction of the Palace of the National Military Circle began in 1911. However, it was not completed before Romania entered the First World War in 1916 and during the German occupation, the Palace was transformed into a prison.

Since the first plans were drawn up to the inauguration of the building almost three and a half decades passed. The land at the intersection of Victory Avenue with Queen Elisabeth Boulevard, where the palace would be built, was acquired in 1897-1898, but the lack of funds delayed the start of construction. The works started in 1911, at the initiative of Nicolae Filipescu, the Minister of War. The palace was designed by architects Dimitrie Maimarolu, Victor G. Stephănescu and Ernest Doneaud. The construction was nearly finished in the spring of 1916, but Romania’s entry into the First World War, in the summer of the same year, prevented its completion. The military disaster of the 1916 Romanian Campaign led to the occupation of Bucharest by the troops of the Central Powers. Some parts ​​of the National Military Circle were evacuated to Iași, together with the main institutions of the country, the Royal House, the Government, the Parliament, the National Bank, etc.

Historian Petre Otu, in the monography “The National Military Circle”, writes that: “The palace, left unfinished, was in a way «inaugurated» by the enemy, the occupation authorities using it either as a prison for the Romanian military and for the city’s notables, or as the principal sentry and security station. For the people of Bucharest, the presence of the adversary’s forces in the edifice that was meant to be the Palace of the Military Circle signified, for two years, an expression of the foreign occupation of the capital and of the country”.

The Palace of the Military Circle in Bucharest, an impressive but unfinished building, did not escape the attention of the German command, being transformed into a prison for Romanian and Russian prisoners. At the same time, the palace became the headquarters of the central guard corps of the German army command (Hauptwache). Historian Virgiliu N. Drăghiceanu, eyewitness to these events, described the situation as follows:“Our prisoners are taken to the Military Circle. They beg through the windows because of the misery they are left in, they sleep on the cement. They are the object of the visit and the menagerie like curiosity of all the subjects of the Central Powers, who are watching, with content, through the bars, the spectacle of the crushing of Romania ”.

Hundreds of prisoners in the Palace of the Military Circle

According to the testimony of conservative leader Alexandru Marghiloman, a supporter of the alliance with the Central Powers, in the Palace of the Military Circle there were about 700 to 800 prisoners, and a few officers: “I hurry there [at the Military Circle] at four o’clock, receiving the news that no one will take care of our poor soldiers. The guard lets me in, and the station chief, the first one, tells me that a warm meal should be sent to these people. The mayor’s office was advised that it was responsible for their care, and was thinking- so to speak- to organize something tomorrow. For the time being, these poor wretches have been under arrest for 36 hours. I send some tea, and everyone was able to have a meal for lunch only thanks to the Red Cross”.Later, some of the prisoners from the Military Circle were moved to the camp in Săveni (Ialomița County).

Held for six months at the Military Circle, in the largest hall, currently the Marble Hall, Aurel Gavrilescu describes that: “about 80 wooden cells, placed side by side, were built next to each other, in the form of a circle to be easier to guard. In each of them there was hardly enough space for a bed and a small table”. Aurel Gavrilescu notes, that between the cell walls made up of fir-wood boards, they had placed sawdust for insulation.

The palace was used to imprison not only military personnel, but also other personalities of the time: deputy Paraschiv Noica and his brother, Andrei; Vasile Stroescu , the great patron of Romanian culture; Virgiliu N. Dărăscu, lawyer, publicist, owner of the “Universul” newspaper; Vasile Derussi, secretary at the National Bank of Romania and lawyer Mauriciu Leautey.

Following the signing of the Peace Treaty with the Central Powers in Bucharest (May 7, 1918), the prison at the Palace of the Military Circle was closed, but the German guard corps remained.