The people of Bucharest and the bombings of 1916 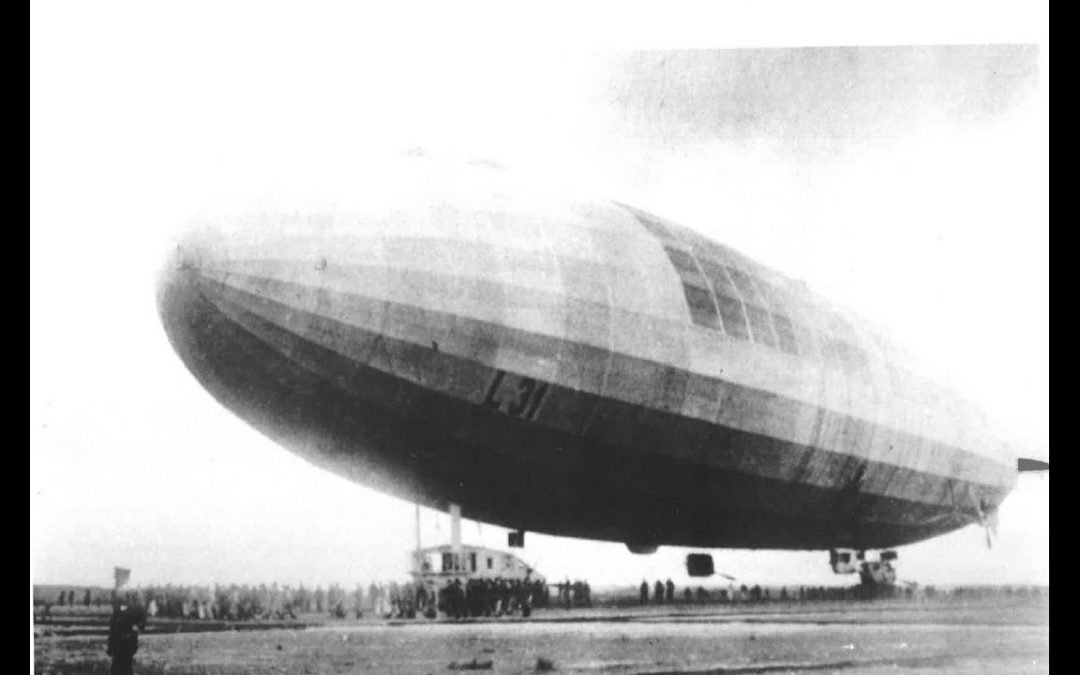 For the inhabitants of Bucharest, the autumn of 1916 was just the beginning of their tragedy. Prior to the actual occupation of the city by the Germans, the capital was bombed by Zeppelin airships and Taube airplanes. And because it was a novelty for them, the inhabitants of Bucharest were reacting in different ways: some were curious, standing by the windows, while others, fearful, were hiding. The fact is that regardless of their attitude or the help that they had received, especially from the French, the bombings made ravages.

When the black smoke dispersed from all around us and I could figure out why it was surrounding me, a terrible picture appeared in front of my eyes, the place where the bomb had fallen. First, behind me, that is, further away from the bomb from where I found myself, people were lamenting around a dead man. It was Lazarovich, the merchant from the street corner. In front of me, towards Alter David, in the street, on the sidewalk, and in the entrance of a small passage, about twenty human and animal bodies were crawling in the dust and blood. […] As you looked around, in a space with a radius of 50 meters, there were only human remains. […] I gathered my strength, when the danger passed, to count these dead bodies and wretched victims; there were 18. Only in the street. From the side houses one could hear weeping and crying. In one of the taverns, the innkeeper and his wife were dead. It is said that there are over 20 workers dead and injured at the Alter David workshop. Help started to arrive. Trucks and wagons hurriedly gathered the remains of the living, and of the dead from the hall; thrown over one another, they were transported to the hospital for triage to see which ones were to be sent to the morgue. And whoever did not breathe his last, it did so in the back of the truck. 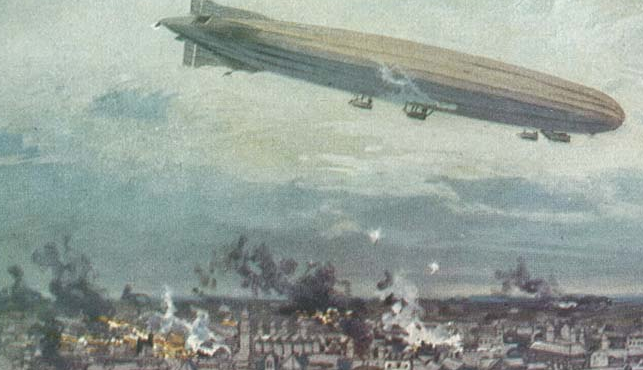 The crowds on the streets were huge and terrified at the sight of trucks with bleeding bodies, that were coming from all directions of the capital. My feet were barely holding me; just then I had realized I had escaped. I slowly made my way home to reassure my worried family. The bombing ceased. In total, it is said that about 40 bombs had fallen. The human losses were very high.

Last night, at half past one in the morning, we were roused from our sleep by the sound of powerful explosions and thundering guns. This time around we too were more careful. These blasts do not leave us indifferent, as in the past. [ …] I glanced over to the sky to ascertain the danger. The searchlights are already aimed and they intersected just above our house. I got out on the terrace to see better; the lit zeppelin is just above us. The danger is momentary. I woke the child, I cover him with a quilt and we crawl in the dark, seeking a way out on the stairs trying not to hit our heads or break our feet, as there was no light. To our luck, the zeppelin did not release any bombs at that moment, for it would have surprised us still upstairs. When we got down, the airship had already passed, it was above the city centre, it was going terribly fast. Once gone, we managed to relax. From time to time, amid the sound of gunfire, we could distinguish the more powerful blasts of falling bombs. I watched the bombing, all the shells going off underneath it. Within a quarter of an hour it distanced itself and disappeared. The search lights were turned off, the cannons were silenced, and the Arsenal sirens announced the people to leave the cellars and go to sleep.

It’s easy to say: now you can sleep! What kind of sleep is that? The state should give us bromide for free. I constantly take it now; if the zeppelin is going to come often enough, I’ll lose my mind.”